Wondering what Whitney Tilson TaaS stock investment is all about?

Chances are, you have encountered Whitney Tilson’s video about something called “TaaS.”

He claims to have uncovered the new trend that could “… put an extra $5,600 back in your pocket each year” as well as “… create more new millionaire investors than anything else on the planet.”

In this article, I will dissect the presentation and distill it into the main talking points to help you to make sense of what Whitney was talking about in his video presentation.

In his presentation titled “Have You Heard of ‘TaaS’?” Whitney Tilson introduces us to an investment opportunity in the tech industry. Note that the presentation is an ad for his investment research service, Empire Stock Investor. 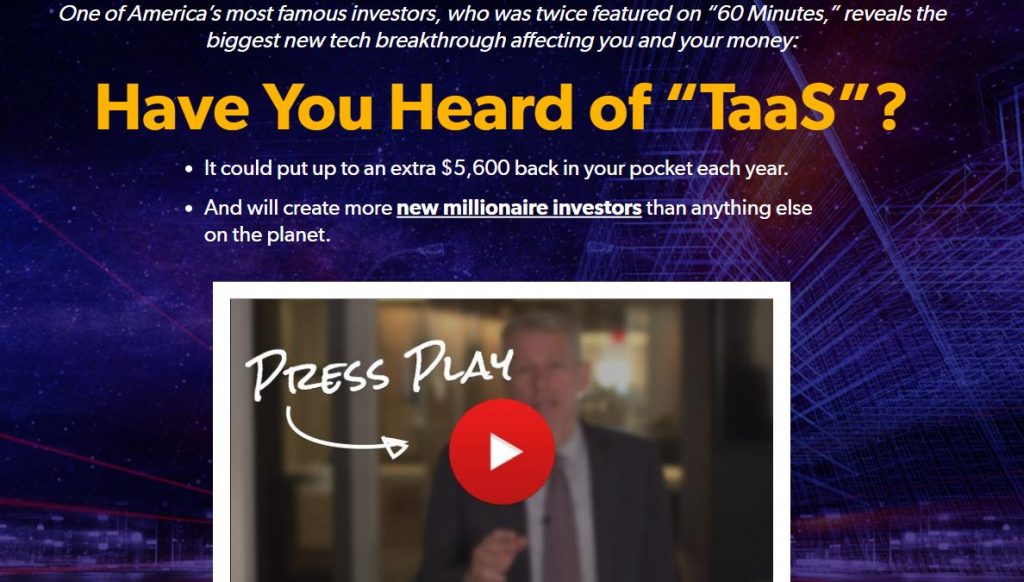 TaaS, an acronym for Transportation-as-a-Service, is one of the oldest industries we have. Technically, TaaS is paying for transportation so that you don’t have to own the means of transport; think taxis, buses, and other forms of public transport.

Since Henry Ford pioneered the affordable automobile, the decades that followed witnessed a boom in car ownership. There were 1 billion passenger cars on the road worldwide in 2018 and the number keeps growing.

But, irrespective of the high costs involved in maintaining a car, people don’t mind shouldering the burden due to the convenience of owning a car brings them, until now.

The TaaS revolution that Tilson is talking about will be brought about by the convergence of two important sectors: (a) Electric Vehicles and (b) Autonomous cars.

According to him, electric cars will soon be cheaper than gas-powered cars. Here is how he puts it:

“What so many people are missing right now is that this shift to EVs isn’t about the environment or ‘going green.’ Again, it’s all about economics….”

“[an electric car is] cheaper to buy, costs 90% less to maintain and use on a daily basis, and lasts up to five-times longer…”

Alone, EVs won’t have that big of an impact. But if you pair them with self-driving technology, they will create a new lucrative industry (TaaS):

“When you pair EVs with another disruptive technology — self-driving vehicles, controlled by very powerful computers — it will be completely transformative.”

First, it will be cheap:

“Estimates are that TaaS will reduce the total costs of transportation by 10-times, compared to owning your own vehicle.”

In his calculations, Tilson expects the average car owner to save up to $6,000 on annual transportation costs by adopting TaaS, which explains why he promises to “put $5,600 back in your pocket.”

And, second, it will be convenient:

“Sooner than most people think, you’ll be able to hail an electric, self-driving vehicle via an app on your phone, just like you hail Lyft and Uber ride today.”

“I could soon walk out of my Manhattan home and comfortably ride to the Nation’s capital, in a TaaS vehicle…”

How to invest in TaaS

To invest in the new trend, you need to invest in electric cars and/or autonomous driving technology.

Whitney has four companies in mind:

The First one is Waymo, which is owned by Alphabet (GOOGL). It specializes in autonomous car technology:

“The stock symbol is GOOGL, and I recommend you do not pay more than $1,600 per share.”

He described the second one, an electric car company, as follows:

“It’s THE PERFECT way to invest in the booming future for electric cars. This investment is up 40% since last summer. It’s up more than 75% since the start of 2016… and I expect it to absolutely soar in value in the years to come.”

The third and fourth ones manufacture the computer systems in many driverless cars:

“The first company makes the most technologically advanced ‘brain’ and ‘nervous system’ for autonomous vehicles. This firm has already partnered with many of the leading companies in this space, including BMW, Hyundai, Audi, Intel, and Lyft, just to name a few.

“… the company that provides the computing power for many of today’s driverless vehicles… Already, this company has partnered with many of the world’s leading vehicle manufacturers, like Toyota, Volkswagen, Mercedes, and Volvo…”

Since he had already revealed the name of the first recommendation (Waymo), he kept the other three under wraps and will only reveal them if you try his newsletter. The names of the other three companies are in the following reports:

There is a freebie report called The TaaS Speculation—How to Quadruple Your Money in the Next Few Years that has one other recommendation, which brings the total to five.

Although it doesn’t feature in the presentation, 5G may also benefit from TaaS since it is a vital component of autonomous cars. It may be worth checking out what other analysts have been saying about 5G. I have covered some, like EB Tucker’s 5G Master Key, Apple Fi by Ray Blanco (proposes that 5G is already obsolete!), and Jeff Brown 5G Stock Pick (The #1 Tech Stock for 2020).

Who is Whitney Tilson?

Whitney Tilson is a former hedge fund manager and a prominent investor. He is the founder and CEO of Empire Financial Research, a company that publishes independent financial research predominantly for the benefit of retail investors.

At Empire Financial Research, he is the editor of Empire Stock Investor and Empire Investment Report.

He has co-written two books concerning investing and macroeconomics. They are The Art of Value Investing: How the World’s Best Investors Beat the Market and More Mortgage Meltdown: 6 Ways to Profit in These Bad Times.

He writes op-eds for TheStreet.com, The Financial Times, The Motley Fool, Kiplinger’s, and Forbes. He has been featured twice on CNBC’s 60 Minutes.

What is the Empire Stock Investor?

To reveal the names of the four companies, you have to subscribe to the Empire Stock Investor (to receive the reports for free).

Arguably, the whole point of the presentation was to promote Empire Stock Investor.

The one-year membership plan costs $49 and it has a 30-day money-back guarantee.

When you sign up, you will be receiving daily email updates regarding new investment opportunities. On the first Wednesday of each month, he will also send you a new recommendation.

Whitney Tilson believes that TaaS, Transportation as a Service, is going to be the next major trend in tech.

He says that it will save many lives and, to the people who invest in the right stocks, it will make them rich.

It will drive the cost of transportation down while somewhat preserving the convenience of owning a car.

Although Whitney has been right about many stock predictions in the past, he has made some mistakes over the years. Proceed with caution.