Wondering how to sign up for Trump Bonus Checks?

“Trump Bonus Checks” is a presentation that was pushed by Mike Burnick.

He was claiming that there is a loophole in the tax code that President Trump was exercising to allow ordinary Americans to receive bonus checks. He was saying that there were people who were raking in as much as $8,818 per month.

In this article, I will walk you through the presentation summarizing what Mike was talking about and reveal what he meant by “Trump Bonus Checks.”

What are Trump Bonus Checks?

“Trump Bonus Checks” is the title of a video that Mike Burnick published through a website called Trump’s Profit Promise.

To be honest, I had never heard of Trump Bonus Checks until I saw the video. 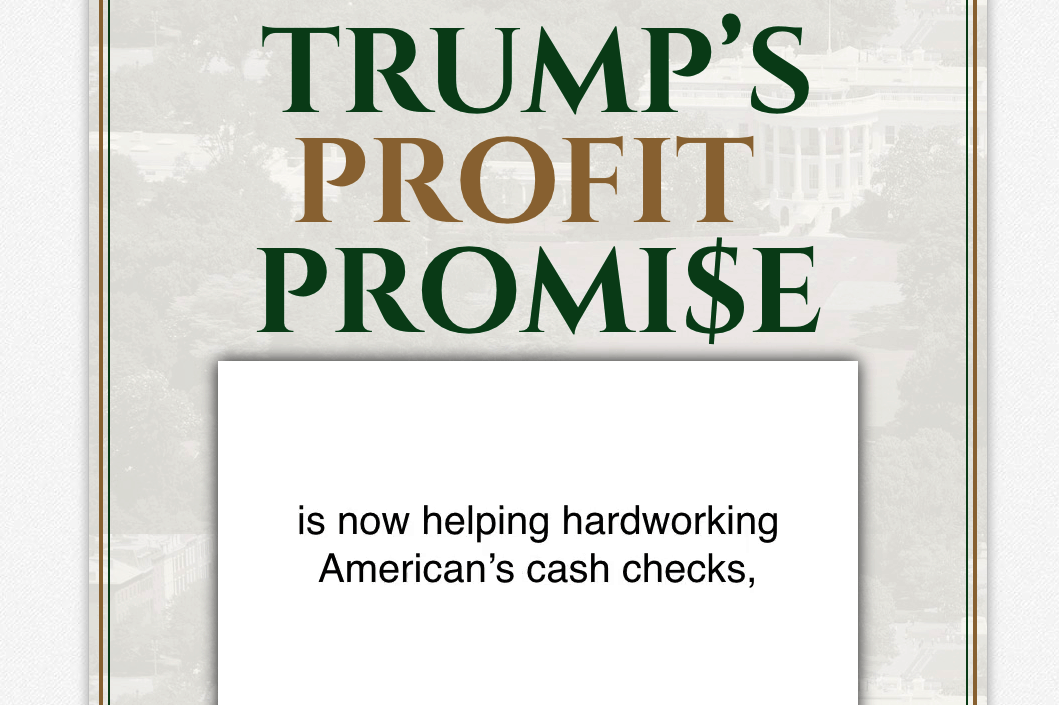 As per the video, the premise of the checks is to put money in the pockets of ordinary citizens based on a promise that Trump made 30 years ago. The promise was that he was willing to help hard-working Americans in case there was a crisis.

You could argue that the Stimulus checks that the government has been sending to people to ease the burden of unemployment during the COVID-19 crisis are “Trump Checks” but that would be incorrect.

The presentation came before the coronavirus crisis.

What the video refers to here are checks that have been handed to random people like Jack Hoffberg ($884 per month), David McCleary ($5,733 per month), and Mitchell Sanders ($7,166 per month).

Mike explains that discovering them was not an easy task:

“The Mainstream Media and the Democrats don’t want you to know about ‘Trump Bonus Checks!”

“But after researching and reading everything I could get my hands on for the past 14 years… I have finally discovered a secret loophole that will allow you to grab your share of $5 trillion that President Trump is bringing home.”

The secret to receiving those checks, as he found out, was to exploit a hidden loophole that any American Citizen of legal age can do.

Apparently, the Bush administration had similar plans 14 years ago but it did not pull it off. However, Trump succeeded.

So, naturally, you must be wondering where those checks come from.

Mike talks of the country being owed trillions of dollars and that these bonus checks are the government’s way of bringing that money back home.

“It’s All Thanks to the ‘$5 Trillion Trump Heist’… foreign accounts with American wealth locked away in other countries. It’s a disturbing figure, but President Trump estimates the total number goes as high as $5 TRILLION…”

If $5 trillion was divided equally between every American, each individual can take home more than $40,000.

However, not everyone is going to receive those checks because you have to invest to join the list of recipients (more on this to come).

When will you collect Trump Bonus Checks?

The timing of these bonus checks is confusing, to say the least.

When the video first went up in 2019 Mike claimed that November was the deadline to register for those checks.

The issue is that those dates keep shifting and by the time you encounter the presentation, it may be some other date.

How do you collect Trump Bonus Checks?

Mike says that collecting those checks is relatively easy. You only need to follow three simple steps:

You should set up an account. To do that, you need to have an internet connection. This step should take you a couple of minutes.

Step 2: Choose the number of bonus checks you want

The second step is to decide how many Trump Bonus Checks you’d like to receive. It is not as straightforward as that, though, because there is a list of 50 deals you should invest in to put yourself in contention to receive those bonus checks.

The final step is to receive your checks.

Why you never hear about Trump Bonus Checks

Mike claims that the reason you have not heard of Trump Bonus Checks has to do with the mainstream media’s treatment of President Trump.

As Trump has been lamenting ever since he declared he would be running for office, the media treats him unfairly. That explains why he is uber-active on social media sites like Twitter and Facebook.

The video insists that the media is reluctant to put the word out about Trump Bonus Checks because they don’t want to give him credit for them.

What is the TRUTH behind Trump Bonus Checks?

If you sit through the presentation, Mike ultimately requests you to sign up for his Infinite Income newsletter for $99 per year.

“Trump Bonus Checks” are technically dividend checks because you have to pay to get on the [dividend] list:

“And Dennis Gartman, author of the popular financial Gartman Letter, said that ‘Trump Bonus Checks’ are ‘what retail investors will want.’”

The $5 trillion that will fund the program is cash that big companies have stashed abroad to avoid paying tax on their income.

With more favorable corporate tax rates brought about by Trump’s Tax Reform, they will bring back a lot of money to buy back stock and pay dividends. That explains Trump’s connection with the “bonus checks.”

Newsletter editors have been known to tout programs that promise good returns for with relatively low risk.

In this case, Mike promises that if you sign up, you will start receiving free checks in the mail. That kind of thing is appealing because many people are worried about their income with the coronavirus pandemic causing a lot of uncertainty.

What I can tell from the whole Trump issue is that it is a clever way to get you to subscribe to the Infinite Income newsletter.