Teeka Tiwari has been promoting a new investment webinar called “The US Energy Independence Summit” where he will be talking about investing in the energy sector.

The event comes hot on the heels of the Biden Administration halting the importation of Russian oil. Since that shortfall must be bridged, Teeka believes he has found a company that will benefit from the situation.

There has been a buildup to this and in this article, I will look at what Teeka Tiwari is promoting in his pitch.

What is Teeka Tiwari’s US Energy Independence Summit?

The US Energy Independence Summit has been getting a lot of attention because the legendary investor and money manager, Teeka Tiwari, will be discussing the impact of Biden’s ban on Russian oil from an investor’s point of view. 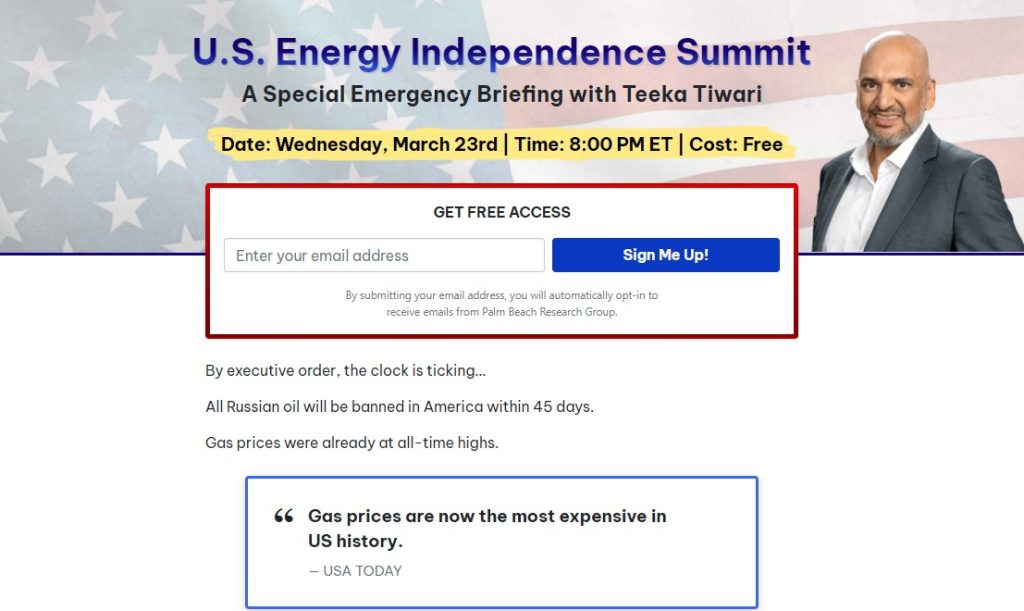 Since Vladimir Putin launched his attack on Ukraine, many countries have collectively imposed sanctions on Russia. One of the commodities they have sanctioned heavily is oil, the leading export of Russia by some margin.

When the US government decided to ban Russian oil, it had to find a way to replace that supply line because the economy is heavily dependent on it. The government also has to consider inflation, which can easily be exacerbated by this shortfall.

Teeka Tiwari believes that the government can turn to an unlikely source of oil internally that will enable the country to achieve energy independence.

Why is he so sure? He says that the nation’s brightest minds have decided to take the U.S. energy independence into their own hands.

Teeka claims that he has spotted a private company with a team of five people, led by a legendary engineer and CEO that has created a revolutionary energy breakthrough in a facility in the American heartland.

What breakthrough is he talking about?

He says that they have found a new way to produce oil at a cheaper rate than anywhere else in the world without having to drill or engage in fracking. 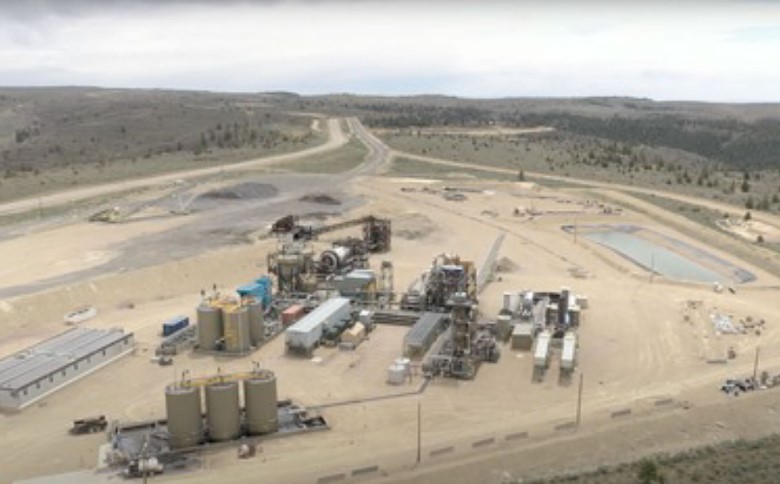 He says that the new oil this company is making may cost as little as 65 CENTS per barrel.

Tiwari believes that in a couple of years, this tiny company can even replace Russia’s annual oil supply to America five times over.

He says that as he was vetting the private company, he found that “a Wall Street powerhouse” wrote a check to this company becoming its largest shareholder.

He even says that the firm’s deals represent some of the most profitable opportunities of the past 150 years.

How to invest in Tiwari’s US energy independence company

Teeka Tiwari says that the energy company he is touting is private and shares are trading at $1.25 (as at releasing the presentation).

However, he says that you can still invest in it even when you are not an accredited investor.

Now, this is not the first time Teeka is talking about investing in a private company. He’s done that before with The Set For Life Summit and he’s been joined by other gurus like Jeff Brown with his Pre-IPO Code pitch (although they were talking about different companies).

Teeka says that you can get involved as well if you attend the event because he will reveal the details of the tiny energy company making shock waves in high finance. He will also reveal which Wall Street entity has invested in the company and will reveal how we can also invest while it’s still private.

He says that shares are limited and they will go fast.

He grew up poor in the foster care system in the UK and at the age of 16, he moved to the US to pursue the “American Dream.”

Arriving with just $150 in his pocket and the clothes he had, he worked hard and landed an entry job at Lehman Brothers in two years.

By the time he was 20, he became the youngest Vice President in Shearson Lehman history, making more money than he had ever thought possible.

Teeka Tiwari now considers himself the world’s most trusted cryptocurrency analyst, a title that he claims was given to him by 130,000 independent analysts who voted him the most trusted source in crypto.

Most of what he does is write and talk about cryptocurrency investing. He writes about how they work and how you can use them to make yourself rich. He even runs a podcast on the same.

He also writes about other investment opportunities (this energy summit is a good example) and he claims that he does it for Main Street investors. He says that he does it to empower individual investors to make their own decisions and to give them the mental framework they can use for that.

He achieves that through the investment advisory services like the Palm Beach Letter he offers at Palm Beach Research Group, where he is the chief investment analyst.

Teeka Tiwari’s US Energy Independence Summit will be all about investing in a small private energy company that he believes had developed a technology that allows it to “make oil” without having to drill or engage in fracking.

With the government banning Russian oil and with gas prices already rising to all-time highs, investing in an energy company that will bolster supply makes sense.

However, I am a bit skeptical about it replacing Russian oil since that appears to be happening already. The government is looking into other oil-producing countries, at least in the short term.

Perhaps this investment is one to look at for the future (a few years down the line). It will be interesting to see how it works out.