Scott Bauer of Prosper Trading Academy has been promoting a live training session where he intends to spill the beans on his options-trading strategy.

He claims to have a working strategy that he wants to share with his readers through the training session.

In this article, I will walk you through the invitation to highlight what you can expect from Scott’s training session.

What is Trades by Scott?

Scott Bauer, who runs training sessions about options-trading, recently released an invitation to one of his live sessions that he calls The Secrets of 6 Figure Income Trading Options. 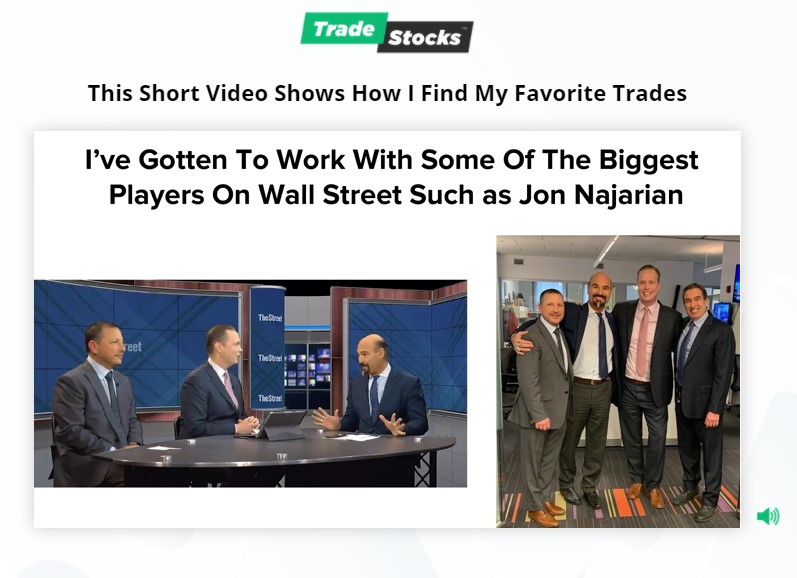 In the invitation, he states that more people are getting involved in the stock market and while some are becoming successful, the majority aren’t.

Scott then says that he has been trading for the better part of the last thirty years and he has built a system that helps him significantly increase his chance of targeting winning trades every day. He wants to recruit people to his service to benefit from his system, and you can tell that the training is a big part of that drive.

He goes on a tangent narrating how he got into trading, saying that at first, he failed and lost money before refining his strategy.

He is a big fan of trading options and he says that trading them is better than trading stock:

And if you do it correctly…like my system outlines…

Trading options is actually SAFER than trading stocks alone too.

I know…that’s probably hard to believe, but if you give me a few minutes, ill show you exactly why it’s true.”

Scott says that Options have a bad reputation for a few reasons (that he regards as “myths”).

The first “myth” he busts is that you need to be an expert to trade options. He says that you don’t need to be one because you can tap into the expertise of experienced traders like him to help you make better decisions.

He goes on to say that when you buy stock, you are only betting on if it will go up or down but when you trade options, you can bet that the underlying stock will go up and down at the same time. He likens it to buying insurance for every trade thus limiting the losses.

The third “myth” is that you need to trade full time to be successful with options. He says that when traders spend too much in front of a screen, they overcomplicate the process by getting “too much information to work with” thus leading to poor decisions and losing trades. Therefore, to him, it is better to do your research and execute your strategy part-time.

The fourth “myth” is that it takes a long time to get going. His counter-argument is that you only need to make a few calculated trades involving options that take advantage of the power of leverage to make money.

Who is Scott Bauer?

Scott Bauer is a professional options trader and the CEO of a company called Prosper Trading Academy. He has been in finance for over 25 years.

He began his career as a clerk on the Chicago Board Options Exchange in 1991. He then went on to trade and make markets in such notable names as Bank of America, Coca Cola, US Robotics, American International Group, just to mention a few. In his profile on prospertrading.com, it says that in 1997, he was the only market maker on the CBOE to trade Amazon.com options.

In addition to working at the CBOE, he has worked as a vice president/trader for Goldman Sachs.

He conducts training sessions on TD Ameritrade and has appeared as a market commentator on Fox Business, CNBC, Bloomberg, and other financial networks.

What Scott Will Discuss in His Training Session

Scott says that he will use his training session (The Secrets of 6 Figure Income Trading Options) to explain his trading strategy. He gives us a summary of what we should expect from it, saying that he will discuss:

How to attend The Secrets of 6 Figure Income Trading Options?

He says that he will do live virtual training on Zoom and it won’t be free to attend.

There are three “subscription plans” and their charges are as follows:

What is Bauer’s Power Picks?

On the checkout page, at the top, you can see a logo indicating “Bauer’s Power Picks.” So, what is that all about? 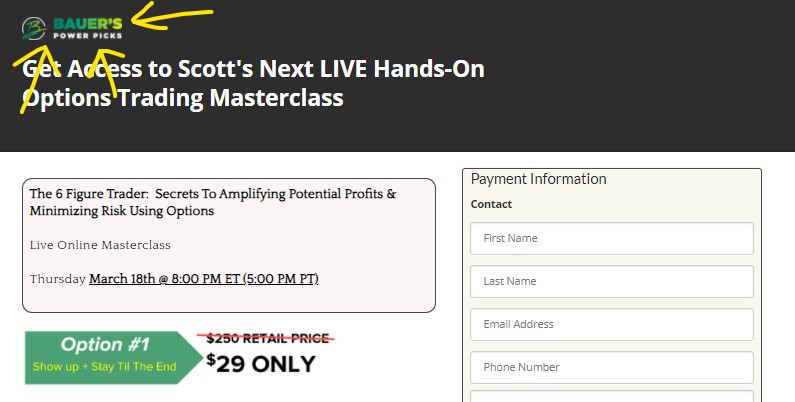 Bauer’s Power Picks is an advisory service Scott Bauer offers via Prosper Trading Academy where he shares real-time alerts via SMS and email with his subscribers. He trades options.

I suspect that he wants to use the training session to advertise this service because it is also all about using “spreads”. After all, they generate returns for him whichever direction the stock moves.

Closing Remarks on Trades by Scott

Trades by Scott is an ad for a live training session Scott Bauer will be hosting called The Secrets of 6 Figure Income Trading Options. During the training session, Scott will be going on about his options trading strategy and if you are interested in that, you can book your ticket at $29, $57, or $250.

There isn’t much I can say about his strategy because he doesn’t share enough information but whatever you make of it (if you attend the live session), do not invest more than you are willing to lose because options trading, no matter what Scott says, is risky.