The L5 Revolution Event hosted by Corrina Sullivan and featuring Charles Mizrahi has been getting a lot of attention.

“The L5 Revolution, The Overlooked Industry Set to Grow 63,000% Over the Next Decade, Add $7 Trillion to the Global Economy by 2050 … and the Details on 1 Stock You Need to Get in on Today”

In this piece, we will dissect this presentation to flesh out what Charles Mizrahi is talking about.

What is The L5 Revolution Event?

The L5 Revolution Event is all about what Charles refers to as an overlooked industry that he believes every investor should seriously consider.

It is also about his number one stock pick for this emerging tech industry. 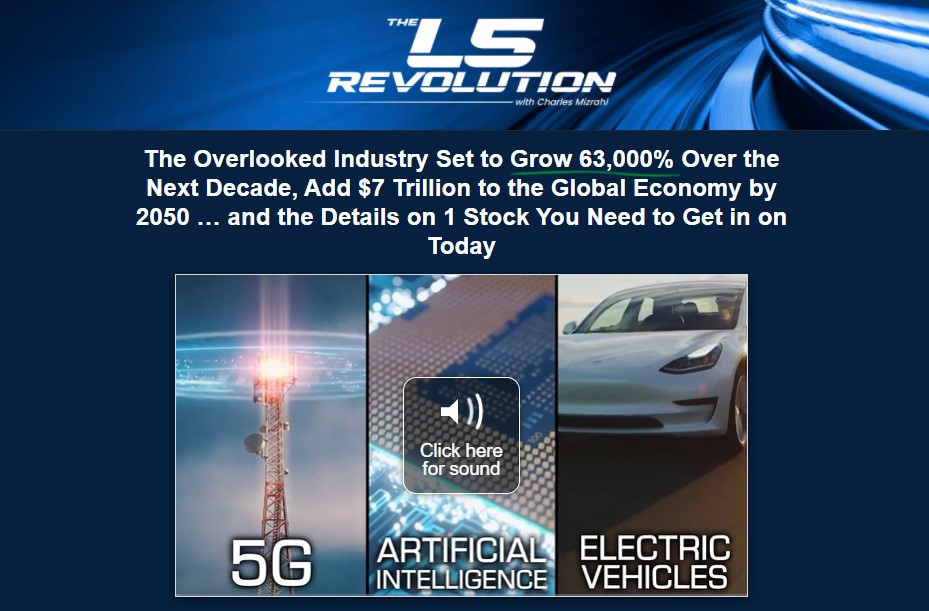 Mizrahi also says that countries like the U.S., Germany, China, Japan, and the EU are all launching initiatives to move this new industry forward. 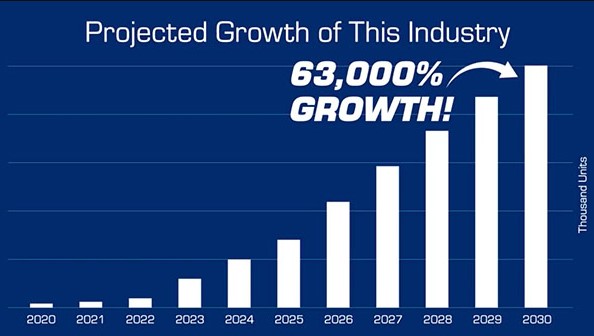 He says that it will have a big impact on the economy:

Let me put it this way. The current GDP of the entire world … that’s every country on the planet … is about $87 trillion.

I believe this megatrend will disrupt nearly 10% of the entire global economy.”

On top of that, it will literally change how we live, work and play.

So, what industry is Charles Mizrahi talking about here?

He is referring to Autonomous Vehicles (AVs) or Self-Driving Cars.

He is not the first guru we’ve seen talking about autonomous cars. We’ve seen guys like Jeff Brown (Elon Musk’s SAV Project) and Bill Spencer (Profits From The Apple Car) talk about self-driving and the investments people can make.

Charles expects Autonomous cars to become a big deal because there are more uses for them, especially after the pandemic. One of them is working as delivery vehicles:

“The delivery economy is here to stay.

But there’s a catch…

You see … all these delivery companies? They rely on a vast network of drivers, vehicles, and warehouses.

That’s a lot of employees and frankly, the cost of labor is expensive. It doesn’t scale.

Therefore, he thinks you should invest in companies involved in the Autonomous Driving revolution.

Charles Mizrahi explains that the main reason we don’t have a lot of Autonomous Vehicles on the road is down to a single technology.

He says that this technology will be the catalyst that ignites the explosion of AV growth.

What technology is this? Light Detection and Ranging or LiDAR.

LIDAR is a bit like RADAR but instead of using radio waves, it uses light waves. To work, it beams light and when it bounces off objects, it sends the data back. The computer in the car builds a 3D image of its environment.

It gathers a lot of data, and combined with powerful computer chips, it builds out detailed 3D images like this: 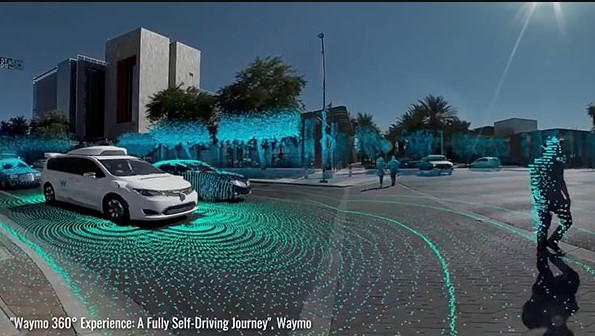 Charles says that LiDAR is what will give self-driving cars the ability to see other cars, pedestrians, and cyclists

He says that LIDAR is needed for Level 5 self-driving capabilities.

What is Level 5 self-driving? (It’s where the title of the event “L5” came from)

It comes from the various levels of autonomous vehicles.

“You see, driving automation has six levels … all of them are defined by the Society of Automotive Engineers, or SAE … and used by the U.S. Department of Transportation.

Take a look at this diagram…” 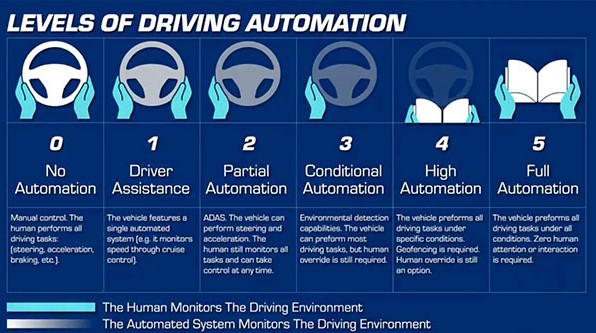 Charles says that LIDAR is what makes L5 AVs possible.

The problem with the LiDAR technology we’ve had is that it has been big and expensive. But now a new company making LiDAR equipment that can fit in the palm of your hand and cost as low as $400 (previous versions of LiDAR cost thousands of dollars).

The Company Behind The L5 Revolution

Charles says that this company is already the leader in solid-state LiDAR technology.

A Solid-state is a technology where there are no moving parts. And not only is it safer, but it’s also more durable, it takes up less power, and it’s cheaper.

So far, BMW has partnered with this company along with four other leading tier-one OEMs (OEM is original equipment manufacturers).

The company has a superstar leader. The CEO served as an officer in an elite intelligence unit before building his LiDAR company and he has won awards as CEO of the year in his industry, including the CES Innovation Award twice, the Most Innovative Startup, and his company has been named World Economic Forum Technology Pioneer.

Charles tells us that Samsung, Softbank Ventures Asia, and Magma Venture Partner have all invested in the company.

Charles has written a special report that outlines everything about the company called The No. 1 Autonomous Vehicle Stock of the Decade.

To get a copy of the report, you have to sign up for his newsletter, The Alpha Investor.

Charles Mizrahi is a professional trader and investment guru who has been active for nearly four decades.

We’ve encountered his work before, like when I reviewed “The Forever Battery” and “The Internet of Medical Things” presentations.

He was one of the youngest traders on the floor of the New York Futures Exchange in 1983 and at 22, he founded his money management firm, Hampton Investors.

By the time he was 36, Barron’s ranked him as one of America’s No.1 traders. He beat 196 other Wall Street money managers, some with 40 times more assets under management. Due to the hype, some of Wall Street’s biggest banks were tapping him up to get him to manage their money.

Charles Mizrahi has delivered portfolio returns of 313% over three years.

He has also predicted some major events in the stock market. For example, he claims to have pulled his clients out of investments two weeks before the ‘87 crash, warned people about the dot-com crash, and called the 2008 housing bubble. He also told investors to “avoid bitcoin” three months before the 2017 crash.

The Alpha Investor is an advisory service that focuses on investment opportunities in various sectors.

Besides those perks, you also get another special report for free.

The Leader of the $15.7 Trillion AI Revolution

It is about the Artificial Intelligence revolution, focusing on one company that has thousands of patents (4,800 with 1,300 pending).

This company sells supplies and equipment to AI companies.

But there’s a twist because this is what you pay for just your first year. If your membership renews, you pay more than that as I found out at the bottom of the order page. It reads:

“I understand that I’ll be charged $47 today for my first year of Alpha Investor. When my subscription comes up for renewal, my card on file will be billed automatically. This ensures that I will never miss an issue and locks me into your best annual subscription rate: It’s just $79.”

This just shows how important reading the fine print is before you shell out your money.

The L5 Revolution Event is about self-driving cars and how much more important they will get in the next few years.

Charles Mizrahi believes that investing in the company making LiDAR equipment is the way to go, and he has even identified one company doing this already. He wants you to consider investing in that company.

How I see it is that the autonomous driving revolution may take years to materialize, and by this, I mean Level 5 self-driving as Charles is implying here. Therefore, as you invest bear that in mind to spare yourself the frustration.