In his latest presentation, Alex Koyfman suggests that we are about to witness a “climate war.” The header reads:

“A ‘Climate War’ Is About to Erupt — Here’s How to Tap Into This $2.5 Trillion Opportunity for Life-Changing Gains

One Major Event on November 12, 2021, Could Make this Opportunity Soar…”

He sees the “climate war” as an opportunity for investors to cash in if they make certain moves in the market before November 12th.

Let’s dive into the presentation to suss out what Alex Koyfman is talking about and whether his proposals are any good.

What is The End of Plastic?

Right at the beginning of the presentation, Alex Koyfman talks about The Paris Agreement. He says that the United Nations Document will trigger a massive economic disruption that could mint millionaires. 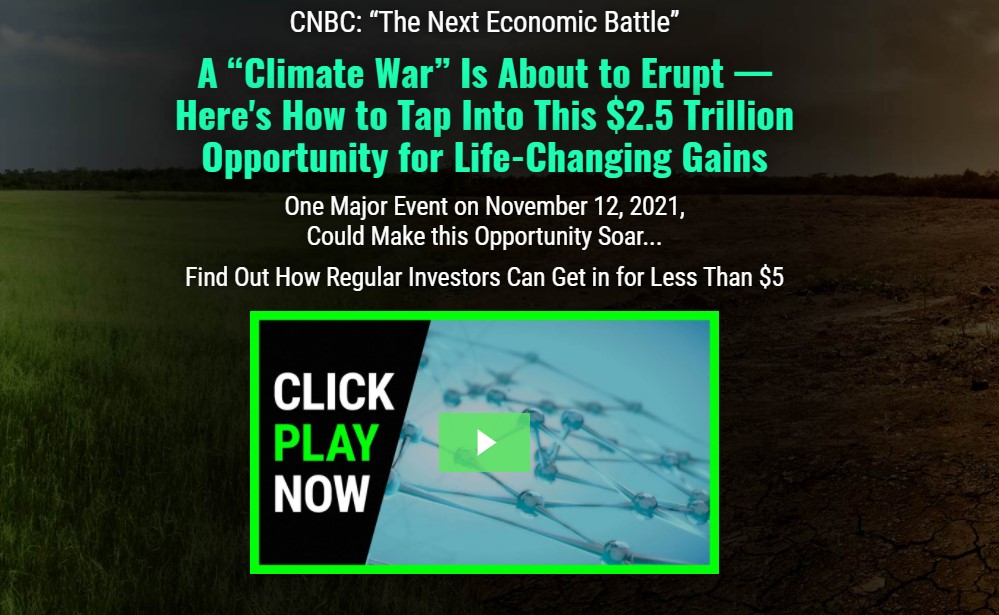 Quoting Princeton University, he alleges that $2.5 trillion could change hands in the country because of the climate agreement and he has found a unique way for regular investors to tap into this “flood of cash.”

Before we get to how he wants you to invest, what does the Paris Agreement have to do with the stock market?

The Paris climate accord is an international treaty on climate change. It was signed in 2015 by 191 countries, which represents 97% of global carbon emissions. Its goal was to encourage countries to step up their attempts to limit global warming. They set a target of below 1.5 degrees Celsius (2.7 degrees Fahrenheit).

The problem is that countries are finding it hard to abide by the goal and the global temperature has already risen by one degree Celsius and looks on course to reach the limit they set.

To compound the problem, although the Paris Agreement is legally binding, there’s no one to enforce it.

Alex Koyfman says that this has prompted leaders from Canada, Australia, and the European Union to mull over the idea of forcing other countries into compliance. And they intend to do that using carbon tariffs.

The idea is to punish countries that fail to cut emissions by making their products worthless on the global market.

Koyfman says that this will create a “climate war” and a new kind of investment opportunity.

How to Profit From the ‘Climate War’

Alex Koyfman acknowledges that zero-carbon tech companies have been some of the best investments. He gives examples of companies like: 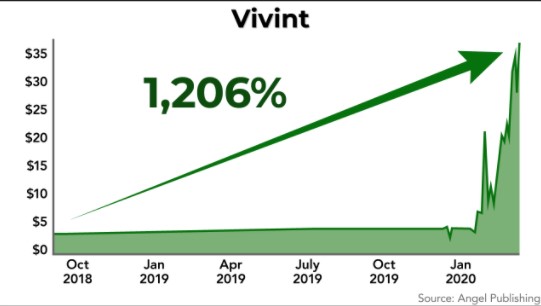 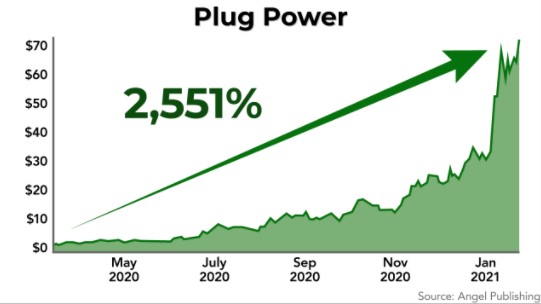 But he says that the best way to make money is to think beyond electric cars, hydrogen, and solar. That means going for companies that are outside what many people typically consider carbon-neutral.

Alex has identified one aspect of global warming that he thinks is not getting as much attention as it should (yet): Plastics.

“And there’s one huge contributor to carbon emissions most investors don’t have on their radar.

It warms the planet twice as much as aviation and is the fifth-highest emitter in the world.

According to the Center for International Environmental Law, this polluter is expected to account for 56 billion tons of carbon between now and 2050.

That’s about 50 times the annual emissions of all of the coal power plants in the U.S.

Solving this problem will be crucial for every country that wants to economically survive the zero-carbon battle.”

He claims to have identified a little-known company that has developed a solution that counters the effects of plastic as a major polluter. And it is working in cooperation with the University of British Columbia.

And there’s still plenty of room for shares to soar much further.

Even the Canadian government has poured a ton of money into this firm.

Because it wants to ensure ‘high-speed manufacturing’ of this company’s products.

The Canadian minister of innovation went on record to say this firm is helping to secure Canadian technological leadership.’”

The company was trading for less than $5 as he was releasing the presentation.

This company has developed a 100% biological plastic alternative to plastic that does not require as much energy to manufacture as plastic itself.

And that essentially vanishes from the face of the Earth in as little as 35 days, leaving no waste and emitting practically no carbon.

To achieve this remarkable feat, this company designed its plant-based resins in cooperation with the University of British Columbia.

I’m talking about a 100% biological plastic alternative that uses no fossil fuels at all and that’s fully compostable within a few weeks.”

The plastic alternative can stand a great deal of pressure, it endures heat, and it does not impede taste.

Since it is biodegradable, Alex says that it can decompose in as little as 35 days, leaving no waste and “emitting practically no carbon.”

The company has filed 10 patent applications to secure its proprietary technology, which gives it a competitive advantage.

Alex says that now is the perfect time to invest in the stock while it is still on the ground floor before investors flock to it, which he says could trigger the growth of anywhere from 1,000% to 10,000% overnight.

And that’s not to mention potential partnerships with big companies that could pay a lot of money for its licenses and proprietary knowledge – a huge boon for early investors.

What Happens on November 12?

Alex Koyfman says that if you want to invest in his recommended company, you should do so before November 12. He says that that’s when the COP 26 conference takes place. 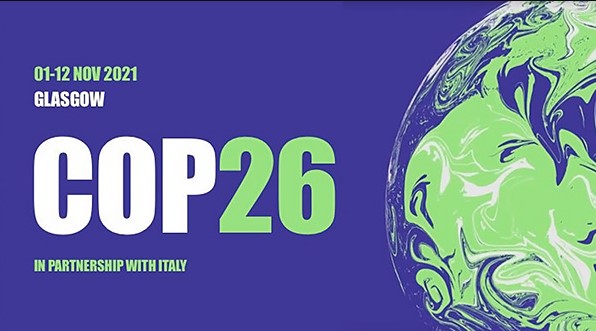 He expects some countries to announce the enforcement of carbon tariffs after the conference.

Alex Koyfman has written a report with all the details regarding the company. The report is titled The End of Plastic — Retire Rich on the Company Saving the World. 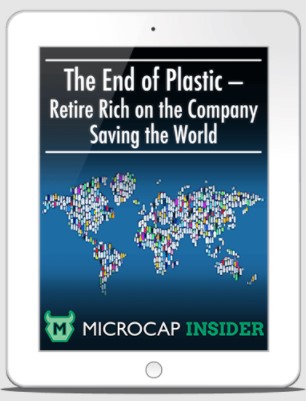 You can get the report for free if you sign up for Alex Koyfman’s Microcap Insider newsletter.

Alex Koyfman is an investment analyst who started investing in his early twenties, long before he completed his education or decided what career path he would follow. He was born in Russia and later moved to the U.S.

Alex is not the typical newsletter editor because he never worked for a big Wall Street firm.

Right after graduating with a BA in English Literature from the University of Maryland, he went to Law School. However, he did not pursue a career in the legal industry, instead choosing to follow his passion; investing.

For the past ten years, he has built the reputation of a highly informed, professional trader who spots opportunities in American and Canadian microcap markets. He focuses on overlooked tech, biotech, and resource stocks on the TSXV, CSE, OTC, and NASDAQ markets.

It is evident in his past presentations like Oil Killer Stock, $6 Semiconductor Company (Forever Memory), and The Most Hated Metal in the World.

He writes about these opportunities to his Microcap Insider and First Call readers. Both advisory services are published by Angel Publishing.

How The Microcap Insider Works

The Microcap Insider is Alex Koyfman’s flagship newsletter ($1,999 per year with a 90-day money-back guarantee).

Published by Angel Publishing, it gives you access to Alex’s perspective on the hottest and most aggressively-growing companies in the tech and biotech sectors before they catch the attention of mainstream financial media.

When you sign up for the newsletter, you are entitled to these benefits:

Besides the first report about the company making biodegradable plastics, Alex will also send you these special reports when you become a member of the newsletter:

Netflix for the Mind: A Trillion-Dollar Consumer Tech Revolution

Alex Koyfman did a pitch a while back centering on this special report. The report is about a consumer product that “does for your moods and your mindset what Netflix does for your television.”

He says that the device was made by a guy who took a medical technology and decided to make a consumer product out of it.

This quick-start guide shows you how to navigate the penny stock market, explaining the pitfalls that you need to avoid. He also shares tips you need to succeed as a penny stock trader.

Closing Remarks on The End of Plastic

Alex Koyfman’s presentation concerns how investors can make money off of climate change policies. He says that the Paris Agreement, though unenforceable, may force countries to take drastic measures to achieve carbon emissions targets.

These measures will then force companies to be more proactive with their measures to limit emissions. In doing so, they will turn to companies that will provide solutions to the problem – and Alex has spotted one such company.

It solves the plastic problem by making biodegradable plastic. Alex says that its stock is poised to take off because big companies will want to partner with it. So, now while it is still a small company is the perfect time to invest in it.

Before you invest in the company, I should mention that it is a relatively small company that hasn’t yet signed any agreements with a major company. Therefore, Alex Koyfman is speculating that all this will happen. There’s nothing wrong with the company but it behooves me to bring your attention to that.

That being said, Alex Koyfman is raising some valid points in his presentation and I think you can make money from the climate change drive that has been set in motion if you make the right investments.