They discussed a variety of issues, key among them the effect the presidential election will have on the market, and the best way to prepare for any eventuality.

I sat through the entire presentation to get a feel of what they discussed, and in this article, I will be sharing my findings with you. I hope you find value in this and are better positioned to decide whether their proposals are worth considering.

What is The 2020 Empire Election Summit?

The 2020 Empire Election Summit is the title of a webinar featuring Whitney Tilson, Enrique Abeyta, and Berna Barshay (all affiliated with Empire Financial Research) during which they discuss the impact of the election on the market. 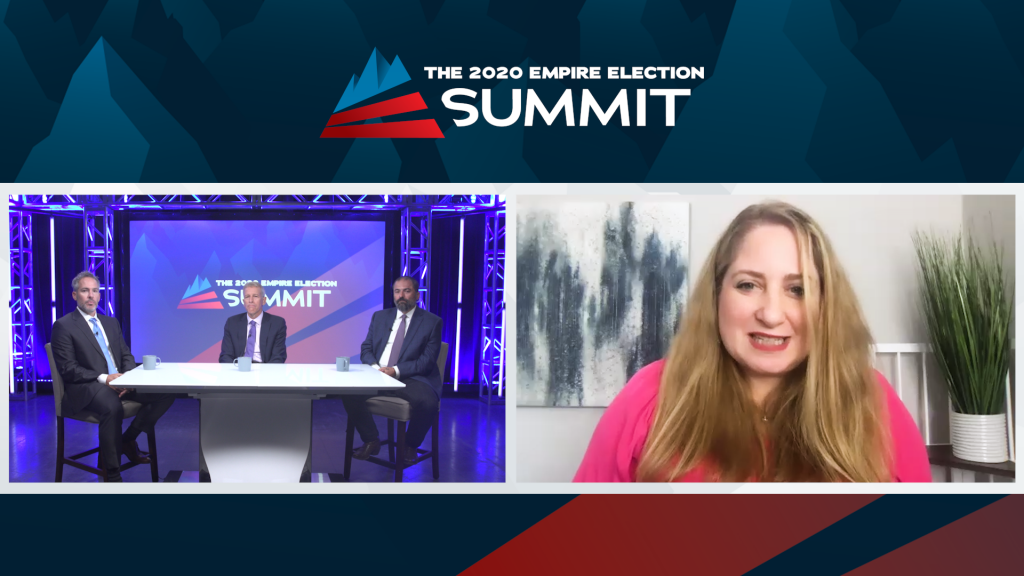 At the beginning of the pitch, the host is keen to point out that during the last summit Whitney hosted in March, he predicted that the S&P 500 would hit a new all-time high by the end of 2020, which at the time sounded far-fetched because the market was witnessing a historic sell-off.

They believe that their latest summit could be as significant because it comes before the 2020 presidential election. Berna exemplifies this when she says:

“Yes, I mean elections definitely matter and especially this one. The White House together with Congress sets the tone for fiscal policy, as Enrique just alluded to, and that has enormous impact on the economy overall and ultimately on corporate earnings and stock prices.”

What are their predicted outcomes of the elections?

Whitney thinks Biden will win by a landslide based on a variety of polls and the state of the economy. Here is an excerpt from the pitch:

“In conclusion, whether you view this outcome with joy or horror, you need to prepare for the possibility of a liberal landslide on November 3, in which Democrats not only win the Presidency but also both Houses of Congress, as they did in 2008 – and for similar reasons: a terrible economy and great uncertainty leading angry, frightened voters to throw out the incumbents.”

Berna also thinks Biden will win, albeit with less certainty and so does Enrique (who’s even more confident than Whitney).

Besides the outcome, they also discuss mail-in voting and its impact on the election.

Whitney believes that mail-in voting will delay the results of the election and possibly cause chaos if Trump disputes an unfavorable result. This could create tension that may affect the markets.

What the election results mean for investors

Whitney and Enrique think that if Biden wins but Senate remains Republican, the markets will react favorably. However, if he wins the presidency and the Senate shifts to the liberals, the market will fall by a few points, but not the 20 or 25 percent predictions suggested by some commentators.

Berna weighs in by highlighting the five sectors that could benefit from a Biden presidency:

But at the same time, she also thinks a few others will suffer:

What stocks are they recommending?

They collectively put together a new portfolio that they think will do well whichever candidate wins the election. As Enrique puts it:

“We just finished putting together a portfolio of stocks for our subscribers that we feel will do well under either Trump or Biden. However, if Biden does win, the tailwinds for these particular stocks should be even greater.”

They’ve even compiled a report about it titled 8 Stocks to Buy Before the Election. Unfortunately, they don’t offer solid clues about the stocks that are in the portfolio.

But Berna Barshay brings up a little-known stock that she thinks could soar 100% irrespective of the election results – it is not in the secret portfolio.

Tomra controls 70 percent of a market that is going to grow significantly globally.

It is important to note that they all agree that whether Trump or Biden wins, Gold investments will still go up because the stimulus checks will keep coming. They are also optimistic about Bitcoin.

Who are behind The 2020 Empire Election Summit?

There are three investment analysts: Whitney Tilson, Berna Barshay, and Enrique Abeyta. We’ll be taking a closer look at each.

Whitney is the founder of Empire Financial Research. He runs it as well as edits a few advisory services himself i.e. he edits Empire Stock Investor and Empire Investment Report. He most recently released a presentation titled TaaS [Transportation As A Service].

He went to Harvard where he graduated with a bachelor’s degree in government in 1989. He worked as a consultant at Boston Consulting Group for two years before going to Harvard Business School for his MBA in 1994.

He became a hedge fund manager when he founded and ran Kase Capital Management, which oversaw three hedge funds and two mutual funds. He grew the AUM from $1 million to $200 million.

Tilson has helped write two books titled The Art of Value Investing and More Mortgage Meltdown. He has written for the Motley Fool, Kiplinger, and Forbes.

Enrique graduated from the Wharton School of Business where he helped set up the Wharton Fellows Fund (while he was schooling there).

After graduation, he spent two decades on Wall Street where he started and ran two long/short hedge funds. The first of them was Stadia Capital for which he was the portfolio manager in charge of a 6-person team. They grew the AUM from $750 million to $1.7 billion.

The second one was the 360 Global Capital Hedge Fund, whose assets he helped grow to $260 million.

Although Berna is a new addition to the Empire Financial Research team, she is no rookie.

She graduated from Princeton University and got her MBA from Harvard Business School in 1997. She then went on to spend 20 years working for firms like Goldman Sachs, Ingleside Select Fund, and Sanford Bernstein.

She mostly worked as either a portfolio manager or a buy-side analyst.

What is Empire Investment Report?

Besides sharing their thoughts on the elections and the market, Enrique and Whitney released The 2020 Empire Election Summit video to pitch the Empire Investment Report.

It is an investment advisory service run by Whitney with the help of an analyst called Steve Culbertson. Through it, they share their investment recommendations, warnings, and predictions.

They leverage their decades of experience to help individual investors earn market-beating returns with minimal risk.

They have built a model portfolio comprising small- to mid-cap stocks, many of which you have probably not heard of before.

If you subscribe to the newsletter, you will receive:

A one-year subscription to the Empire Investment Report costs $2,500

If you are to cancel your subscription, you have to do so within 60 days. However, I don’t think they will refund your money. Here is how they put it:

“If you wish to cancel within the first 60 days, simply call our toll-free customer service line to cancel your subscription, and we’ll give you a full credit that you can apply to any Empire Financial Research product, now or in the future.”

The only option is to divert that money into another service offered by Empire Financial Research.

The 2020 Empire Election Summit is an advert of the Empire Investment Report, a newsletter edited by Whitney Tilson. He recommends small- or mid-cap stocks that you typically hold for about two to three years, hoping to double or triple your money within that period.

This is a departure from how most gurus operate; most of them will only talk about recommendations that you typically hold for a few weeks/days.

They don’t issue refunds if you subscribe to the newsletter, which doesn’t come as a surprise because a majority of high-priced ($2,000 and above) newsletters that are offered by most gurus I’ve seen are often non-refundable.

Also, should you sign up for Empire Investment Report, don’t forget to cancel the Empire Elite Trader before its three-month trial period ends because such trials tend to auto-subscribe you to the newsletter when the trial period ends. This means that they deduct the annual fee from your credit card. Although they haven’t mentioned that this will happen with Empire Elite Trader, call their toll-free number (1-800-371-2932) just to be sure.