Ted Bauman recently published a Banyan Hill event called “Tech Disrupt” where he sat down to talk about a new technological trend that he claims will have a massive impact on our lives.

The header indicates that there is one firm behind this trend and he wants you to consider investing. The header reads:

A rare opportunity to invest alongside the genius behind “the most mysterious force on Wall Street” … for less than $50.”

In this piece, we examine Bauman’s presentation as I reveal the key details concerning the investment opportunity he shared with the audience.

What is Ted Bauman Tech Disrupt?

Ted Bauman starts the presentation by telling us that a billionaire called David E. Shaw who’s been quietly one step ahead of pretty much every major tech advance of the last three decades has identified the next major advance. 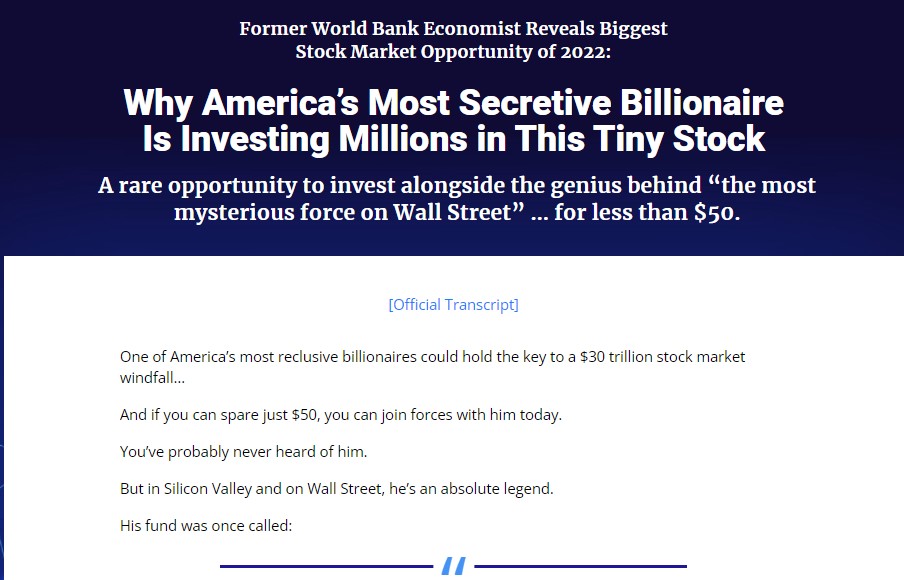 While David’s achievements are impressive, Ted is more concerned with the moves the billionaire has been making in the market of late. He says:

“He’s [David] amassed a multimillion-dollar stake in a tiny company that very few regular investors know about … that could soon disrupt industries worth trillions of dollars.

As you’ll see, what this company is doing is unlike anything else you’ve seen before.

And it could transform your life far more profoundly than electric cars … driverless taxis … or virtual reality.”

Ted says that the company in question uses technology to find new medicines and supermaterials.

The technology he is referring to here is Artificial Intelligence.

In talking about that, he echoes what Michael Robinson said in a recent presentation he released about the biotech industry where he said that it would be adding $4 Trillion in New Global Wealth This Year by using AI to discover new therapies.

Circling back to Ted Bauman’s presentation, he claims that with help from Silicon Valley giants like Nvidia, Amazon, and Google, the mysterious company uses some of the most advanced supercomputers in the world to analyze vast amounts of data on the natural world.

With that computing power, it finds things that even the best scientists would never have discovered.

The breakthrough is then used to create new life-saving medications that fight or even cure diseases like cancer, Alzheimer’s, and heart disease.

And this breakthrough is not just for developing new drugs. It is also used to develop new state-of-the-art computer chips that Silicon Valley giants will use in new smartphones and other electronic devices.

It may also be used to develop car batteries that run for thousands of miles on a single charge (like Paul Mampilly talks about in The 12 Million Mile Battery pitch) and solar panels so thin you could paint them on your window.

The Little Company Behind The Tech Disrupt

Ted believes that he has found the little company that holds the key to all these discoveries. It was trading for $50 when he did the presentation.

What else do we know about the company?

Ted says that Amazon, Google, and Nvidia have partnered with it, and so have pharma giants like Johnson & Johnson and Pfizer.

Pharmaceutical companies will benefit from this partnership.

Why? Since they synthesize roughly only 1,000 new compounds a year searching for breakthrough drugs, this company has found a way to use the same kind of supercomputers that David Shaw used to revolutionize the financial markets to accelerate this process.

Ted reveals that from Securities and Exchange Commission filings, he has found that more than a thousand companies and labs around the world are already using its patented technology. This includes the top 30 pharmaceutical companies in the world like Johnson & Johnson, Novartis, Roche, Pfizer, AstraZeneca, and Merck.

Boeing is using the technology to find new materials to build next-generation planes that are lighter and stronger.

In addition to partnering with other companies, this company has eight potential drugs that it has been working on in-house, designed to fight diseases like cancer and immune disorders.

This includes Billionaire Ron Baron who’s invested $47 million in it.

Billion-dollar fund manager Cathie Wood is also a huge fan and given her track record, you can’t dismiss the fact that her fund owns $200 million of this company.

Bill Gates is also a fan. At the end of 2020, when he sold more than 50% of his stakes in Google, Apple, Amazon, Uber, and Berkshire Hathaway, this was the only company he bought shares of. He bought 2 million shares. 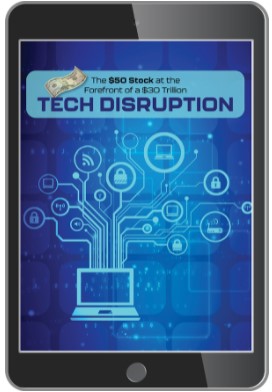 Ted Bauman wants you to consider investing in the company. He has written a report with all the details about the company called The $50 Stock at the Forefront of a $30 Trillion Tech Disruption.

It has the name of the company and you can read the report for free if you sign up for his newsletter called The Bauman Letter, which we’ll look into later in this review.

Ted Bauman is on the editorial team at Banyan Hill Publishing where he edits newsletters like The Bauman Letter, Big Picture, Big Profits, and Profit Switch.

Ted has had a long career in finance and economics. He’s worked as an economist and advisor to the World Bank, the United Nations, and several governments around the world. He worked for two decades in South Africa, helping 14 MILLION people all over the world secure their financial futures.

He has also made appearances on Fox Business to talk about the markets. He has also been featured in Barron’s and Forbes magazines.

Although he has appeared on those platforms, he says that he is more motivated “to help everyday folks succeed in a world that’s often rigged against them.”

He has written two bestselling books, has nearly 90,000 newsletter subscribers and his YouTube channel has more than 1.6 million views.

The Bauman Letter is Ted Bauman’s flagship advisory service. It is published by Banyan Hill Publishing.

This special report concerns a small, innovative company that, according to Ted Bauman, is crucial to a trillion-dollar boom unfolding. 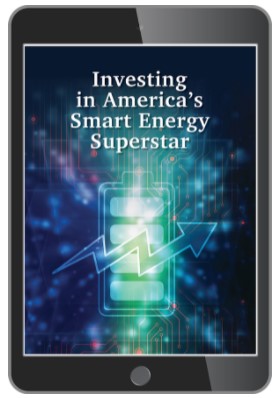 This trend involves a state-of-the-art algorithm and it is disrupting the energy sector. The tech used here is already being used by the likes of Amazon, Apple, Facebook, Google, UPS, and Walmart.

It has also improved energy performance by as much as 975% by incorporating battery technology and energy storage to help “smooth” demand for energy at expensive times.

In a nutshell, it makes energy cheaper, smarter, and more efficient.

This small company has some very well-connected backers, including Blackstone, Soros Fund Management, and Fidelity who’ve all invested millions of dollars.

You will receive a free physical copy of Ted Bauman’s book, Endless Income: 50 Secrets to a Happier, Richer Life. 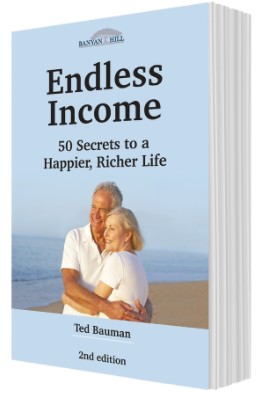 The book has ideas and strategies that Ted says are a perfect complement to anyone’s portfolio. He also shows you how to create an endless stream of income through investments “that can pay you much more than just stashing your money in a bank account, bonds or the like.”

You get your first year for $47. Then after 12 months, the subscription automatically renews at the annual rate of $79.

The newsletter has a 12-month money-back guarantee.

This means that you can request a refund at any point in the first 12 months of your subscription.

Ted Bauman’s Tech Disruption webinar is about a breakthrough in the tech industry that he wants you to consider for investment. He has identified one company that he thinks has everything you need in a good investment. He claims it could blow everything else out of the water.

He says that he and his team poured countless hours into researching and analyzing this opportunity and that if you want to make real money in 2022 and beyond, you should consider following his advice.

That being said, I should point out that he is offering general investment advice and you shouldn’t use it as a substitute for an actual financial advisor if you need one.