Jason Simpkins, one of the editors at the Outsider Club, released a presentation about “The SpaceX Killer.” The header of the presentation reads:

He abandoned ship for a tiny company that is poised to dominate the new space race.

It just came out of stealth mode and up to 8,933% gains are on the table if you get in today.”

In this article, we will be taking a look at Jason Simpkins’ pitch to gain an understanding of what it is all about.

What is The SpaceX Killer?

Jason Simpkins, in his presentation “The SpaceX Killer,” says that a group of individuals who used to hold top-level positions at Amazon, Apple, SpaceX, Tesla, and Apple left their jobs to join a little-known space startup. 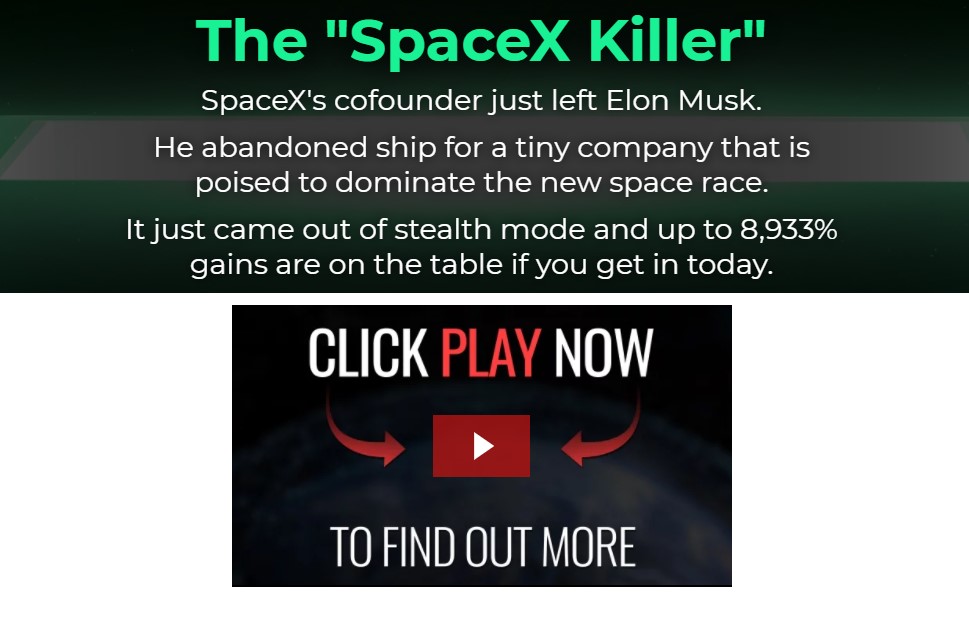 He says that they made the move because they know that there is a lot of money to be made in the space industry and the startup they joined could be one of the hottest players.

In saying that, he echoes the sentiment of Paul Mampilly when he did a presentation called “The Race to Mars is Underway.”

The small company they joined used to be off-limits to regular investors yet he says that it is expected to reach a $2.1 billion valuation in a matter of weeks (I should point out that he doesn’t reveal how much it is worth, for context, so we can’t read much into that).

Jason says that the space industry used to be reserved for rich governments and big companies but this is about to change because the industry is at a tipping point and headed towards mass adoption.

The small company he is talking about is a disruptor that will open up the space industry to the public, enabling early investors to earn huge returns.

Jason says that the opportunity he is talking about will be akin to the kind of opportunities early investors had during the internet revolution when IBM, Comcast, and Ericsson made gains of up to 8,933%.

The space industry was in the news after Jeff Bezos and Richard Branson made historic trips to space but Jason says that the opportunity he is eyeing has nothing to do with those trips:

And it has NOTHING to do with space tourism.

Only the ultra-wealthy can afford to dump six or even seven figures to spend a few hours in orbit.

Don’t be fooled by their prominence.

This is not about these two companies either.

Those vanity projects from the world’s two richest men are years away from handing out cash to investors.”

So, if he thinks that SpaceX and Blue Origin, two of the leading space companies in the world are “vanity projects from the world’s two richest men,” what is his idea of a successful space company that retail investors can invest in?

The answer lies in what he refers to as nanosats.

Nanosatellites or nanosats are small satellites that are designed to reduce the large economic cost of launch vehicles, which can be considerable.

Technically speaking, nanosat is the term used to refer to an artificial satellite with a wet mass between 1 and 10 kilograms (2.2 and 22 lb).

Nanosats may be launched individually, or they may be multiple nanosatellites working together in some formation.

Jason Simpkins says that satellite technology has come a long way. And this, he says, has paved the way for nanosats:

“The smartphone in your pocket is more powerful than many of the older satellites circling the Earth.

As NASA’s director of engineering Pete Klupar points out, an ordinary smartphone has a faster processor and better sensors than a lot of these satellites.

That’s why the next generation of satellites is now possible.

They’re called nanosats and are no bigger than a loaf of bread.” 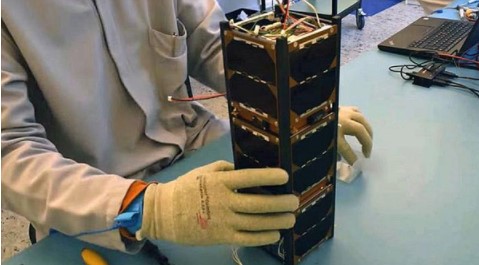 “Nanosats are much cheaper as well… They cost $1 million or less.

That’s a 99% price reduction in comparison to old space technology.

With satellites this affordable, even startups will soon be able to operate their own fleets of these tiny spacecraft.”

If nanosats are going to be such a big deal, how does Jason want you to invest?

He has identified a tiny company that is leading the charge in the space industry.

Jason quotes space consulting firm Euroconsult that determined that there will be more satellite launches in the 2020s than we’ve had in the last six decades.

With all those launches happening, he says that we should expect a huge supply-demand gap.

And he thinks that a tiny company from Alameda is perfectly positioned to fill this gap.

This company’s goal is to provide the first daily space delivery service in history. To achieve this feat, it builds rockets faster than anyone else in the industry – its rockets are 50 times smaller than the average rocket which allows it to build more of them in a short period.

With this company around, all satellite operators will do is decide when they intend to launch and what orbit they will be joining, and this tiny company will handle the rest. This will save operators a large amount of time and money.

It will also minimize the risk of costly errors because booking a satellite launch will be as easy as booking a flight.

This company will also be offering the service at a lower price than what other space companies charge.

In addition to that, he says that it will benefit from the “Apple approach.” It is a method taken directly from Apple’s handbook of how to dominate an industry.

The Apple Approach for market disruption

Jason Simpkins points out that the company’s chief engineer is a former senior director at Apple. He worked for the tech giant for 20 years as a hardware designer.

With this strategy, Jason claims that this company will beat SpaceX, which is considered one of the leading companies within the space industry.

He says that its model is superior to SpaceX’s ridesharing whereby small satellites hitch a ride on big rockets.

“SpaceX’s “ridesharing” — as small satellites hitch a ride on big rockets — has been described as a “nightmare.”

That’s because all these nanosats get dumped off in the same place in space. They have to find their own way to their destination orbits.

But this company from Alameda is making small rockets that cater specifically to this $271 billion market.

This firm can build its rockets extremely fast because of that.

And it’s about to build a modular spacecraft that can drop off individual satellites in different, specific orbits on the same launch…

Giving this company a massive advantage over SpaceX. No nanosat operator will want to use SpaceX’s cumbersome rockets anymore…”

Jason says that this company is already making money because it has at least 50 launches under contract.

On top of that, “smart money” has started buying its shares. He mentions BlackRock, Canaan Partners, Airbus, and Salesforce co-founder Marc Benioff.

He has written everything about it in a report called The New Space Age: An Exclusive Guide to a $1 Trillion Opportunity. 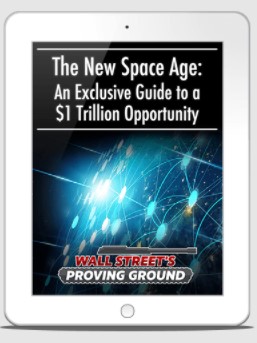 Inside it, he has documented every detail you need to strike it rich off the Alameda-based space company.

To get a free copy of the report, you should sign up for Jason Simpkins’ Wall Street’s Proving Ground newsletter

Who is Jason Simpkins?

Jason Simpkins is a financial reporter and analyst for the past 10 years, earning a reputation for honesty. He was born and raised in New Jersey and graduated from Loyola University (MD) in 2006.

He was an entry-level financial reporter in Baltimore before he was tapped to manage a major financial publication at the age of 25. Simpkins wrote more than 1,000 articles about personal finance and macroeconomics.

This was during the 2008 financial collapse and the subsequent sovereign debt crises. Due to his global focus, he led major investigations into the Chinese economy and the oil market.

He then decided to launch an energy-based investment newsletter, serving as editor-in-chief. He wrote about natural gas, oil, coal, and other forms of energy. Following his success as an editor, he launched a high-end trading service that specialized in delivering triple-digit gains to its members.

Jason Simpkins become the Assistant Managing Editor of the Outsider Club in 2013.

Jason Simpkins’ Wall Street’s Proving Ground is an investment research service that he publishes via the Outsider Club.

It gives you access to his full research on space industry investment opportunities as well as investments in other industries.

When you sign up for Jason Simpkins’ Wall Street’s Proving Ground, you receive:

In addition to those benefits, you get these special reports:

This report is about an off-the-radar company that Jason thinks is set to become the dominant player in the debris removal business. 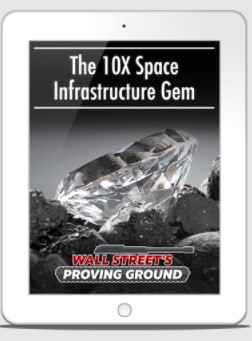 It is developing a robotic arm that will pull out dead satellites and other debris as well as salvage stranded spacecraft.

In addition to debris removal, it has a space infrastructure “side business” that already generates recurring revenue of almost $2 billion per year.

When satellites are in orbit, they are constantly bombarded by cosmic rays that can penetrate the surface and destroy sensitive electronics. To survive this permanent stress, electronic components for satellites are specially made. 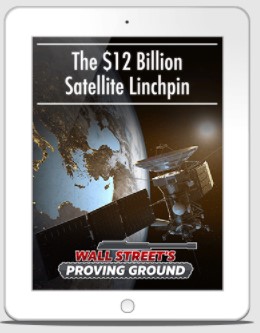 Jason has uncovered one tiny company that not only makes these specialized components, it already has contracts with some of the biggest players in the aerospace industry.

This includes companies like Raytheon and Lockheed as well as the U.S. government. As he was releasing the presentation, the stock was trading for less than $10.

If you sign up for two years, you only pay $179. If you choose the two-year option, you get two bonus special reports:

Wall Street’s Proving Ground has a 6-MONTH money-back guarantee. The publisher states this on the sales page:

“If you’re not amazed by the moneymaking opportunities I’m sending your way, just give us a call before your six months are up, and we’ll refund your entire subscription cost.”

Closing Remarks on The SpaceX Killer

Jason Simpkins’ The SpaceX Killer is a presentation about the space industry and the investment opportunities in it.

The focus is on one company that makes satellite launches available to many companies, startups, and governments around the world. Jason says that getting into this company as an investor could be one of the most important decisions you’ll ever make.

And it adds up because the company is run by a team drawn from the biggest tech companies. This includes a former NASA chief technology officer, a designer from Apple, and another who developed groundbreaking rocket technology for the U.S. Department of Defense.

But, it goes without saying that investing in such a company comes with risk because you cannot ascertain that it will take off in the stock market as Jason claims it will. It is a relatively small company and that means that it has added volatility.

That being said, you may be lucky enough and it may take off earning you a lot of money. The decision to invest or pass ultimately rests with you.