If you are looking him up after encountering one of his newsletters to determine whether he is a legitimate analyst, you have come to the right place.

In this article, I give you a detailed overview of his advisory services as well as examine his investment strategy.

After reading this, you will learn more about the services he offers and be better placed to decide whether you should give them a try. 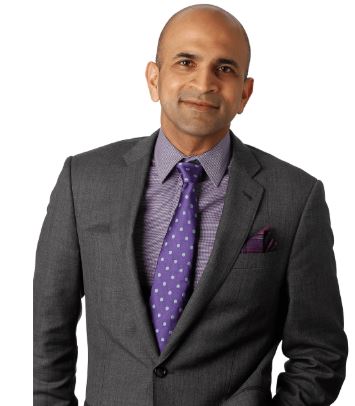 Paul Mampilly first caught people’s attention when he left his job on Wall Street and started peddling newsletters at Banyan Hill Publishing. The first promotion that got people interested in him was one he did for his infamous Profits Unlimited newsletter.

He was pitching an Internet of Things (IoT) stock and kept referring to it as the leader of the “next industrial revolution.” He made some pretty bold promises about the stocks and even forecasted that it would earn his followers “up to 8,000% returns by the year 2020.”

He succeeded in capturing people’s imagination and has since been publishing presentations and investment advisory services. At the time of writing this, he has one of the largest collections of newsletters at Banyan Hill.

If you have encountered his America 2.0 presentation, you can read my review.

Paul was born in India before moving to the US in search of opportunities. His father was instrumental in how he perceived and continues to view life.

His old man taught him about taking calculated risks, a philosophy he claims to be the biggest influence in his life and career. Here is a quote from paulmampillyguru.com:

“I’m my father’s son. Calculated risk-taking is my philosophy when it comes to investing and trading. It’s how I made money for clients while on Wall Street. It’s how I invest my own money now.”

He began his career on Wall Street in 1991 working as a research assistant at Deutsche Bank. He later took up prominent roles at ING and Bankers Trust, where he managed multimillion-dollar accounts.

In 2006, he was recruited by a hedge fund to act as its manager. He helped grow the assets under management from $3 billion to $25 billion, a feat that led to Barron’s naming the fund “the word’s best.”

He entered a competition that he won by earning a 76% return on his portfolio during the 2008-09 Global Financial Crisis without shorting his positions. During this period, he also took a punt on Netflix, a move that earned him a positive return of 634%.

All these achievements caught the attention of mainstream financial media houses and he was soon invited to appear on CNBC, Bloomberg TV, and Fox Business News as a commentator.

He retired at 42 and joined the world of newsletters.

As mentioned earlier, Paul’s overriding philosophy is taking calculated risks. He claims that the strategy worked brilliantly for him while he was working on Wall Street, and continues to work to this day.

The best way to get a general feel of his strategy is to examine his results so far. Has he been delivering on the promises he makes to his readers?

I think a nice place to get some useful insights is by examining his flagship investment newsletter, Profits Unlimited:

He launched Profits Unlimited to help Main Street investors make calculated risks and earn returns in the market. The newsletter concentrates on tech stocks. On the paulmampillyguru.com website, he says:

So far, he claims to have used his system to uncover Sarepta Therapeutics (SRPT), a Massachusetts-based biotech company that went on to earn him a return of 2,539%.

He also mentions that he invested in Netflix (NFLX) in 2008, while it was still a fledgling company breaking into the online streaming market. He earned 634% gains from that investment.

From those investments, we can infer that his investment recommendations follow a predictable pattern: He invests in promising companies with solid fundamentals – he employs a diverse range of strategies and buys various kinds of assets but this is the common feature.

What Newsletters does Paul Mampilly publish?

Most of his advisory services are geared towards making money from the technology industry.

Before we get into them, I should mention that the prices I have quoted below may change without warning; therefore, you should confirm from the official website before you make your decision.

With that out of the way, his list of newsletters (published by Banyan Hill Publishing) includes:

When you sign up for the newsletter, prepare to receive investment advice that centers on technological trends like IoT, Artificial Intelligence, Blockchain, and autonomous cars – though he leans heavily on IoT.

He recommends companies (preferably small-caps) that stand to gain from advancements in those tech trends. The idea is to buy stocks before those companies take off to earn capital gains when they appreciate.

Rapid Profit Trader is a high-end research service through which he recommends options trades. Ian Dyer, an analyst who also works for the publisher, assists in publishing this newsletter.

Paul launched this service to deliver quick returns on investments, as the name suggests. He targets stock options that can deliver oversized returns in a short period. For example, he claims that you can turn a $5,000 investment into a $200,000 windfall in one year.

Paul looks for high-growth stocks with good fundamentals that have had a bad week due to overblown news or sector tensions. The idea is to look for a good stock that has plummeted due to a market shift but that will likely get back to growing once the bad news blows over and the bulls dominate.

Paul says that no stock ever goes up in a straight line no matter how good it is. If you invest when it is bearish, you benefit from buying a solid company at a lower price.

It is another one of his high-end investment research services.

True Momentum delivers stock recommendations every week and the goal is to earn 100% returns or greater within a couple of weeks or months depending on the investment.

He targets companies that are undervalued but that could benefit from an emerging trend.

He and Hudson Cashdan (an analyst at Banyan Hill) analyze each of those IPOs to find the ones that are likely to deliver good returns. He claims that about 24 companies register triple-digit returns when they reach their “Alpha moment.”

He bases his recommendations on a 25-point IPO rating system derived from hours of research into IPOs.

The 100X Club is the most recent addition to the assortment of services that Paul offers his readers. With this one, he targets “one particular type of stock where Main Street investors have the advantage.”

By this, he means that he targets microcap stocks (or penny stocks) because institutional investors usually don’t get involved and he considers this an advantage.

These stocks, he claims, have the potential to provide you with 10,000% gains and market makers don’t make money when you invest in them. 10,000% returns is equivalent to multiplying your initial investment 100 times over.

He has a stock-picking system that relies on 20 key characteristics. Stocks that meet his criteria are expected to soar 100X.

The $10 Million Portfolio gives you access to a portfolio that contains an array of investments. These investments include cryptos, stocks, bonds, and other kinds of financial assets.

He teams up with Ian Dyer to deliver at least one recommendation every week. The investments he looks for are under-the-radar opportunities that Wall Street and the mainstream financial media doesn’t focus on.

Paul insists that the investments he shares with his followers require special knowledge to spot, hence the price tag.

Paul scours the market looking for stocks that show signs of going up in the mid- to long-term. He claims that his research has shown that every year, about 43 stocks are likely to go up by 1,000% or higher.

According to him, the key to finding those 43 stocks is to look for an identifiable pattern, which all of them share. It takes analyzing 13,000 hours of stock market data to find these patterns.

These underpriced stocks can take a few years to rally.

If you like Paul Mampilly’s services and are subscribed to a few of them, you should consider joining the Inner Circle. It is a subscription plan that gives you access to all his current newsletters as well as any future ones he launches at a significantly lower price.

You also get a free ticket to Banyan Hill’s Total Wealth Symposium.

My Take on Paul Mampilly

Paul Mampilly talks a good game in his presentation and if you take his words at face value, you’d think he never makes any losses. That is not the case because his recommendations don’t always yield positive returns.

Some of his predictions have turned out to be bad calls and he is gracious enough to admit that.

For example, one year, five of his recommendations to Profits Unlimited subscribers yielded losses of up to 11% (and he was fortunate to have implemented a stop-loss order, lest the losses would have been even greater).

If you look Paul up on the internet, you’ll notice that there are people who call him a scammer, irrespective of the results he yields. There are always people who bash a guru even when they deliver legit and helpful information.

You shouldn’t let the bad reviews cloud your judgment because there are people who like his work and say that his recommendations have been helpful to them.

How he markets his newsletters makes him come across as someone who overhypes his achievements but in his line of work, generating hype is the most effective way to capture people’s attention; so, you can’t knock him for that.

The best approach is to examine his work objectively and form your opinion because, at the end of the day, even the best products get bad reviews.