At the event, Charlie talks about a coming revolution that may kick-start a $544 trillion-dollar wealth-generating event in the world of cryptocurrencies and the blockchain.

In this piece, we discover what revolution Charlie is talking about as well as the investment opportunities he is proposing. We also take a look at the elite research service he wants you to join to receive further recommendations.

What is NFT Early Profit Summit?

Charlie Shrem is a well-known cryptocurrency advocate who’s been urging people to take digital currencies seriously for the past ten years. He even used to run an exchange that allowed people to buy these assets.

The NFT Early Profit Summit is about NFTs and the tokenization revolution, which he thinks will be a decade-defining trend. 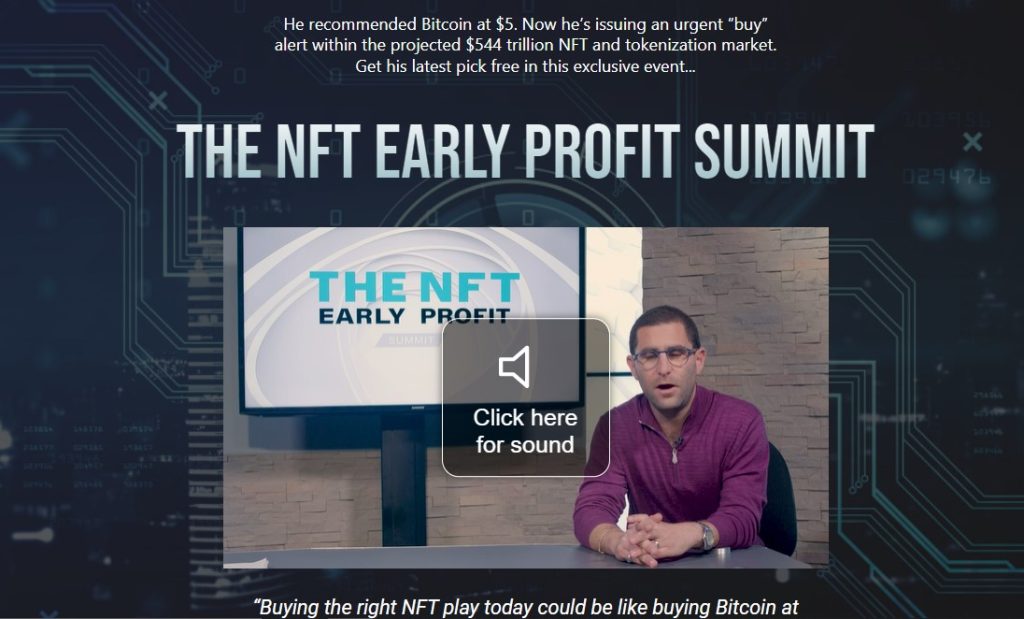 A non-fungible token (NFT) is a unique cryptographic token that exists on a blockchain. It is used to represent real-world objects like art, music, in-game items, videos, and even real estate. The term “non-fungible” means that it cannot be replicated. It can be bought or sold online.

Tokenization in the context of NFTs refers to the process of dividing up and selling off shares of assets ranging from real estate to artwork. It allows shares of ownership of an item to be created making it easier to trade ownership of the item.

NFTs (and tokenization) have blown up in the past two years and it has created a pop culture phenomenon that has driven a lot of money into the trend.

Unsurprisingly, Charlie Shrem is not the only investment guru talking about NFTs and tokenization as we’ve seen others like Jeff Brown (G.T.E. Tokenization) and Teeka Tiwari (NFT Coin Picks) come forward with their take on the trend.

Charlie Shrem believes that just as the emergence of Bitcoin was significant in terms of investment, NFTs could become the next big trend that will affect your investments.

He says that NFTs and tokenization are disrupting many massive industries and getting in on the ground floor of such a tech movement could be lucrative because it could be 544x bigger than Bitcoin.

Charlie wants you to invest in “own the network” investments.

“I predict there could quite literally be MILLIONS of tokenized assets trading at any given point in time.

Instead of trying to figure out which ones will be big, why not instead simply own the networks they all will trade on?

Owning your share of a network and being a financial toll collector can be one of the most lucrative investments you ever make.”

And he reveals one of those plays:

“The opportunity that I want to tell people about today is called Polkadot.

Now, Polkadot… it’s a cool play for the tokenization revolution.

It’s a bit technical. I don’t want to get into this all now.

But essentially, in the world of tokenized assets, NFTs and other assets could all speak entirely different languages.

Making it hard to move through different exchange networks.

But Polkadot… it’s like a translator. It allows people to trade tokenized assets on different platforms seamlessly.

It could allow a bunch of assets to trade on a bunch of different platforms.

Today, before this interview, it was trading for around $30.”

Polkadot is not the only platform. He has identified five others that he wants you to consider investing in. He has written three reports about them:

The First Wave of Tokenization Wealth: 5 ‘Own the Network’ Cryptos Set to Soar

This report has the names of the five token platforms Charlie wants you to buy right now that he thinks will build the foundation of the tokenized world. 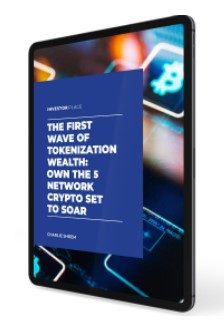 He claims that these tokens could go up over 1,000% as the NFT boom gets underway and the fascinating thing is that some of the tokens are still trading for less than $3.

He also reveals the names of those tokens, the full details about where to buy them, and their buy-up-to prices in this report.

In addition to the first report, you get a second one where Charlie Shrem along with Luke Lango (an investment analyst working for InvestorPlace) reveal the multiple companies they have discovered after analyzing the markets. 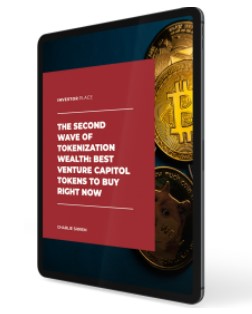 One of the companies they have in there allows you to invest in sports companies, which means that it is disrupting the $388 billion global sports industry making it possible for everyday people to own stakes in huge sports companies.

You can get information about this company and others in the report.

This is the third report and it concerns tokenization. It has a couple of investments that Charlie wants you to consider going for.

The three reports are about NFTs and tokenization. To get the reports for free, he says that you have to sign up for the Crypto Investor Network.

Who is Charlie Shrem?

Charlie Shrem is a polarizing figure in the world of cryptos. He has been a supporter of Bitcoin and the cryptocurrency space and was among those who made fortunes off of cryptocurrency trading.

Charlie Shrem founded BitInstant, which became a massive success and was at one point accounting for roughly 30% of all Bitcoin transactions. He became incredibly rich at this point but he got into trouble with the authorities.

He was arrested in 2014 and was sentenced to two years in prison for his indirect involvement with the transmission of $1 million in Bitcoin to the Silk Road black marketplace.

After he was released from prison in 2016, Shrem continued advocating for Bitcoin and cryptocurrencies in general.

He has since founded Crypto.IQ, is a platform that offers investors information, investing guidance, and important news about the cryptocurrency markets.

He has in the past been involved in presentations like The Crypto Code by Luke Lango.

He says that the goal of this service is to show investors how to take advantage of major crypto breakouts and trends like the NFT trend. Case in point, this presentation is all about an emerging NFT opportunity.

Charlie claims that his team recently uncovered 8 cryptocurrencies they believe every investor should own to profit from the NFT opportunity, a potential trillion-dollar movement.

He says that you can learn more about these 8 tokens in the report package he calls, “The Three Waves of Tokenization Master Package.” The package comprises three special reports and you get them all after you sign up.

When you become a member of Crypto Investor Network Membership, you’ll receive:

This means that you will receive 12 monthly issues of the newsletter, each with valuable research from Charlie Shrem and his team of experts.

Charlie says that regardless of your experience with cryptos, this newsletter will help you keep up with the rapidly evolving opportunities that are in the cryptocurrency space.

He says that if you have any questions concerning the membership, you can reach out to the customer service team.

The Tokenization Primer: Guide to the Market, Scams, and Opportunities

It is a report you get when you join Crypto Investor Network.

In it, Charlie Shrem and his team explain what you should expect from the coming tokenization boom. He also provides you with critical information on how to avoid scams and stay safe in the rapidly evolving market.

If you sign up for a premium subscription to Crypto Investor Network, Charlie will send you a complimentary NFT, Early Adopter Token that was developed by his team. He says that you can’t find it anywhere else on the internet.

You will get the exclusive code when you sign up that will allow you to claim your new NFT in minutes.

An annual subscription to the Crypto Investor Network costs $99.

Speaking of the refund policy, here is what Charlie has to say:

“We have a 12-month money-back guarantee for all members… regardless of our model portfolio’s performance.

That means that, if you join us today, you can cancel anytime during the first year… no questions asked.

And you’ll get all of your money back. You’ll even get to keep all the reports mentioned here today – completely free.”

Charlie Shrem believes that the mainstream media as well as a majority of investors on Wall Street do not understand NFTs. Thus he feels that investors could miss out on the chance of a lifetime to earn a lot of money if they listen to them.

The NFT Early Profit Summit is designed to educate people on the best way to get involved in the trend. Charlie has pinpointed a couple of investments he thinks will do well if things work out the way he expects them to.

If you wish to follow his advice, do so in the knowledge that sometimes those investments don’t work out and you may lose money.