In the presentation, he says that he wants to share his research with 250 “beta testers.” The research, as we find out, is about a form of investment in a sub-niche of the stock market that he says can earn you big gains in a short period.

In this article, I reveal what sub-niche he is talking about and also help you make sense of the message he is putting across.

What is the Microcap Profits Club?

They recently did a presentation pitching the service and in it, Robert Williams claims to have spent a year and over $520,000 researching and collecting data on a hidden sub-niche of stocks that are cheaper and move faster than the stocks you see in the mainstream financial press. 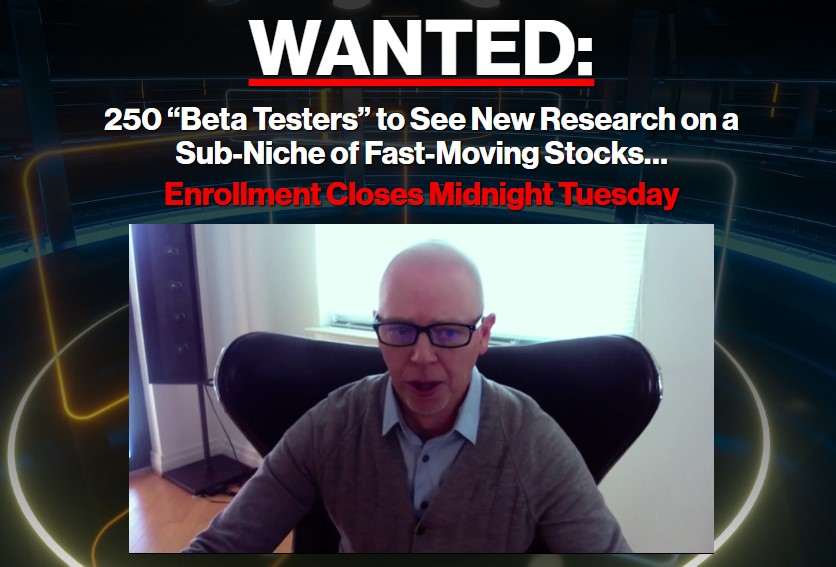 He is talking about micro-cap stocks. What constitutes a micro-cap stock can vary depending on various definitions. The SEC considers any company with a market capitalization of less than $250 or $300 million a microcap stock or a penny stock.

He is right about them not getting attention because the mainstream is usually preoccupied with the big stocks that bear a greater significance on the direction of the overall market.

Therefore, he says that if you make your decisions based on what you hear on CNBC or read in the Wall Street Journal, you will miss out on microcaps. As you can tell from that, he is not a big fan of blue-chip stocks; he also doesn’t talk about investing in options like most other gurus do.

He says that the mainstream media houses and analysts have neglected penny stocks because they don’t have the time and resources to cover them in great detail. Therefore, you have to find those diamonds in the rough on your own… or with the help of Robert Williams.

He claims to have dedicated his career to seeking opportunities where people don’t even bother to look.

He is not the first analyst I have encountered that is a big fan of penny stocks. I have reviewed the work of people like Alan Knuckman (Penny Contracts) and Matt McCall (Microcap Millionaire Project).

He has a system that he uses to identify the best microcap stocks and he talks about it in the presentation. He doesn’t reveal everything about it but states that it is driven by five factors or steps. The five factors that he looks for in a potential investment candidate are:

Who is Robert Williams?

Robert Williams is the Editor of Future Wealth and is the Chief Futurist of St. Paul Research.

He began his career nearly 20 years ago. He honed his skill working as an analyst for a revered and prestigious medical institution with an endowment worth $4.3 billion. He then became the lead analyst for a Fortune 500 private company that has revenues worth over $12 billion.

He founded an internet business worth millions and has a Master’s in Finance.

What you get when you join Microcap Profits Club 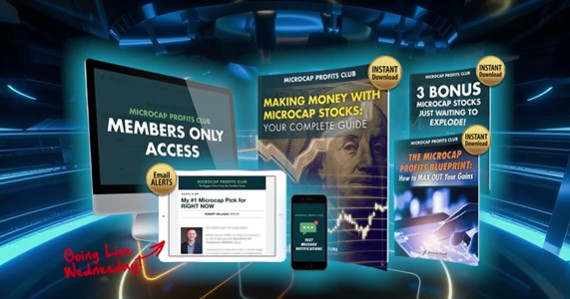 In the pitch, Robert tells us that he has identified one company that he thinks has the potential to earn double or triple gains in a short period. But he says that since it is a tiny company, he cannot recommend it to many people because they may rush to invest in it and artificially inflate the price.

Therefore, he has restricted the number of people who will learn more about it to just 250 people. These are the people who join the Microcap Profits Club.

In addition to the aforementioned tiny company, he has also identified three penny stocks that he expects to do well in the long term. He has written about them in a report called 3 Bonus Microcap Stocks Just Waiting to Explode.

How much do you pay to join Microcap Profits Club?

A full year of the advisory service costs $1,995

No, the publisher doesn’t offer refunds.

After watching the presentation, it becomes apparent that Robert wants us to invest in small-cap stocks and sign up for his presentation to learn about the best ones. He likes them because according to him, they earn big returns in a short period. However, they are only suited to people who can stomach risks because they are inherently volatile.

Being volatile is a blessing and a curse; it is a blessing because a stock can witness a massive upswing in a short period and it is a curse because it can go down just as fast.

One statement that caught my attention from the presentation was when Robert stated that for every big winner (stock that earns you a big profit), there are multiple losers. And this is always the case when you are dealing with volatile penny stocks. Therefore, you should not risk more than you can afford to lose.