Keith Kohl of Angel Publishing recently released a presentation where he talks about a “weird tech” that he wants to call to your attention. The header reads:

And they are relying on one small firm’s patented device…

So, he wants us to invest in the technology because it has been embraced by the biggest companies in the country. But how does he want us to go about it?

Let’s take a closer look at Keith’s claims and by the end of this article, you can decide what to make of the presentation.

What is Weird Tech Quietly Being Tested on Teslas?

Keith Kohl has been monitoring a new technology that is being extensively used by car manufacturers and other companies that rely on transportation. 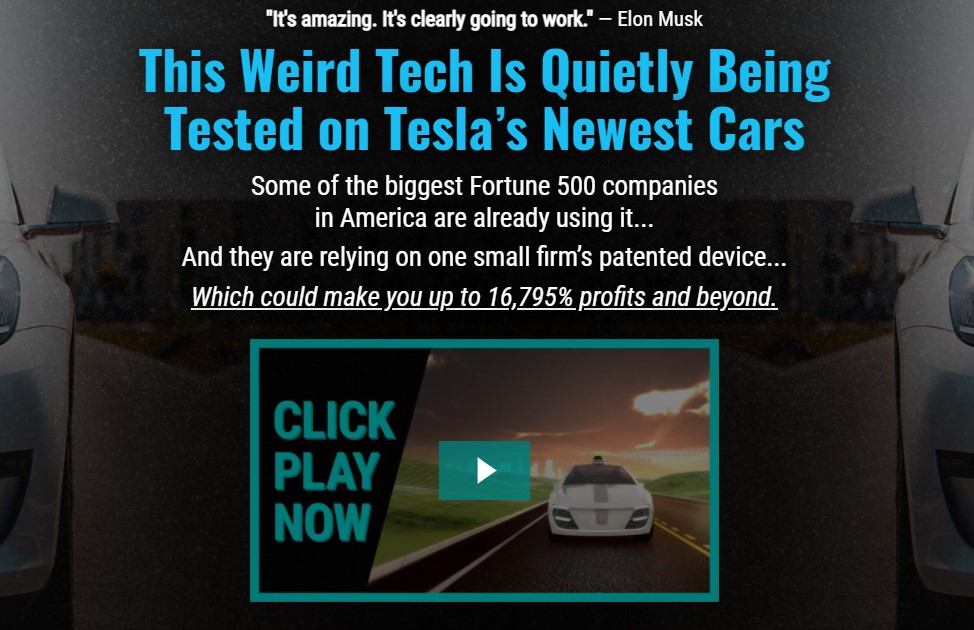 Here is Keith’s take on this:

“Every single car manufacturer from Tesla to Honda is using this technology, including:

And it’s not just car manufacturers.

Companies that rely on transportation want it too!

Domino’s Pizza is looking for ways to deliver pizza autonomously.

Microsoft uses this technology for its navigation service.”

He believes that it is a big deal if everyone is using it and expects its profit potential to be big. 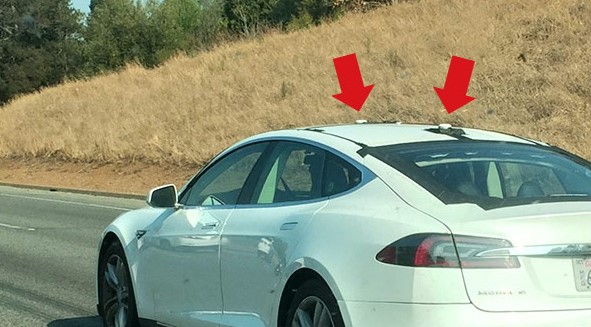 As the presentation progresses, we learn that the technology he is referring to is driverless cars. Keith Kohl says that the self-driving industry is expected to be worth over $809 billion by the end of 2021 and $1.3 trillion by 2025.

We have seen gurus talk about driverless cars before and in presentations like Elon Musk’s SAV Project (Jeff Brown) and Whitney Tilson’s TaaS there were proposals on how best to cash in on the trend.

At the center of the driverless revolution, Keith Kohl chooses to focus on a device that is going to be pivotal to the whole technology: LIDAR.

He says that LIDAR is arguably the most important part of a driverless car.

It stands for “light detection and ranging,” and it’s quite simple.

Think of it as the “brain” of the driverless car.

LIDAR creates a three-dimensional map, allowing machines to see and interact with the world around them.

This tech will register your surroundings and then suggest less-congested routes for the self-driving car. Traffic injuries and fatalities will be reduced.”

Keith mentions that LIDAR is not just used for driverless cars. He says that it is also used to create maps of Mars, it creates elevation maps so farmers can predict where to plant crops, it assesses damages after earthquakes, and it locates cancerous tumors in the body.

Since LIDAR is so ubiquitous, Keith Kohl wants you to invest in a company that will benefit from its rollout. He has identified one:

Keith Kohl says that most billion-dollar companies using LIDAR sensors are supplied by one manufacturer. 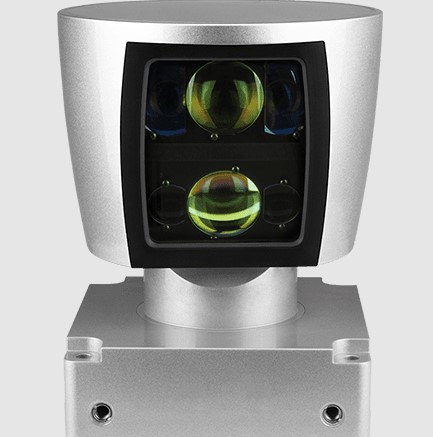 He says that this company will send shock waves across the tech world and possibly grow your money by 16,000% or more.

Keith says that its LIDAR technology is superior to the one Tesla is working on:

When it comes to self-driving cars, this company’s LIDAR tech leaves Tesla in the dust.

But Tesla’s system could be compromised when the weather gets bad.

And what happens if a camera or two gets damaged?

The results could be FATAL.

They only use lasers to capture the car’s surroundings.

Its LIDAR devices are able to process all this information instantly.

That’s something Tesla’s camera system can’t do. Tesla just doesn’t have the processing speed of this firm’s tech.

With this advantage, Keith believes that the company is in the perfect position to grow exponentially because self-driving cars need the tech and the market cannot do without its product.

Keith even quotes the billionaire founder of the company who said,

“Does anyone know how to mass-produce [this tech] other than me? It turns out I’m the critical link in this whole thing.”

On top of that, the company has almost 200 projects lined up with major automakers and other leading tech companies in logistics, robotics, and even resource exploration. It has also patented its lucrative technology.

With those opportunities and revenue assurances, it could be looking at billions in revenue in the coming years.

This is the title of a special report Keith Kohl prepared where he shares all the details he has regarding the LIDAR company he is recommending. 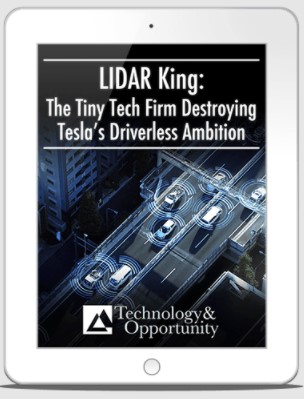 It has all the information, including the ticker symbol if you are keen on investing in it.

To get the report for free, you have to sign up for Keith Kohl’s Technology and Opportunity newsletter.

Who is Keith Kohl?

Keith Kohl is the senior technology analyst of Angel Publishing. He is the editor of the Technology and Opportunity advisory service.

For nearly 20 years, he has been calling major oil plays before they made the news. For example, he called the Bakken oil boom during which companies made their shareholders billions in profits.

But he doesn’t just focus on the oil industry in his research. He is also keen on the hottest stocks in the latest tech trends, including the EV revolution, the 5G rollout, robotics, anti-aging technologies, and automation.

Most of what he does is hunt down innovative and disruptive tech companies that are making new and exciting products. This includes virtual reality systems, miniature drones, and the next generation of 3D printers, just to mention a few.

Technology and Opportunity is one of the premium newsletters published by Angel Publishing.

When you sign up for it, you have a front-row seat to all the brand-new innovations and inventions the tech world has to offer, through the eyes of Keith Kohl.

When you sign up for the newsletter, you receive:

Your membership also comes with a free subscription to the Energy & Capital newsletter as well as these bonus reports:

Microchip Millions: How to Score Huge Gains From the Race to Secure America’s Semiconductor Supply Chain

Keith Kohl notes that there is a small group of companies in the world that are capable of producing advanced semiconductor chips, but a majority of them are in China and Taiwan. 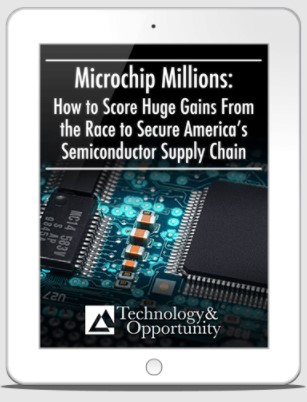 Relying on foreigners for semiconductors puts America in a vulnerable position.

But Keith expects this to change because the US government is pushing to put America back on top of the semiconductor world.

He sees this driving massive gains and creating trillions in new wealth. But the biggest gains won’t come from big companies like Intel or Qualcomm, they will be made by small companies.

Keith has been following three little-known companies that are expected to explode in value as demand for microchips goes through the roof. He has written about them in this report. 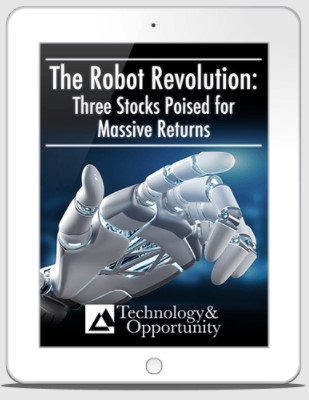 In this report, Keith writes about three pioneering robotics stocks that have massive potential. He provides the company names, ticker symbols, and everything else you need to know to invest in them.

Space Billionaires: The #1 Stock to Own for 2021 and Beyond

Keith Kohl says that there is a war brewing in the Space sector pitting two of the world’s wealthiest billionaires. He is referring to the rivalry between Elon Musk and Jeff Bezos (SpaceX vs. Blue Origin). 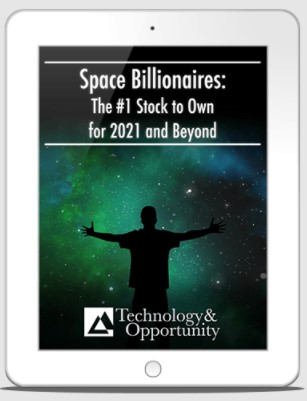 Keith says that if you are on the winning side, you could emerge “rich beyond your wildest dreams.”

In this report, he writes about the one company that he thinks any company or country interested in space travel is going to need if they want to get their wheels off the ground.

You can alternatively get it for $169 for a two-year membership.

The Technology and Opportunity newsletter has a 6-month money-back guarantee:

“There’s no risk to subscribing. Reserve your spot now to check out Technology and Opportunity for six months without any obligation.

If you change your mind for any reason at all, you can simply contact Angel Publishing’s member services team to cancel and receive a full refund.”

Closing Remarks on Weird Tech Quietly Being Tested on Teslas

Keith Kohl believes that he has stumbled across a technology that will be used in the soon-to-be $809 billion driverless car industry. It will also be the key to many billion and trillion-dollar industries besides autonomous cars.

He has found a company that makes a device that will be crucial to the industry and he wants you to get in on it as soon as possible to stand the chance to potentially make up to 16,795% or more positive returns if everything works out as he hopes it will.

As attractive as this proposition sounds, you should not invest in any company hoping to make those kinds of gains because things don’t always work out.

That being said, Keith is right about driverless cars. This is one industry worth looking into if you are keen on fledgling industries with a ton of potential.