In his latest presentation, Jeff Clark claims to have found a controversial trading strategy that can hand you a 195% gain in 23 days “without ever touching a single stock.”

He says that he intends to reveal the strategy to the public so we can try it out and see for ourselves whether it works.

In this piece, we will take a closer look at what Jeff Clark was covering in the presentation to find out what his controversial trading strategy is all about.

What is Jeff Clark’s Double Your Money?

Jeff Clark says that he has a controversial trading strategy that has allowed him to money time and time again, including gains like 106% in 7 days, 186% in 8 days, and 195% in 23 days.

He says that his strategy is so controversial, it was banned for 120 years “because it was too profitable… it was ‘bad for business.’” 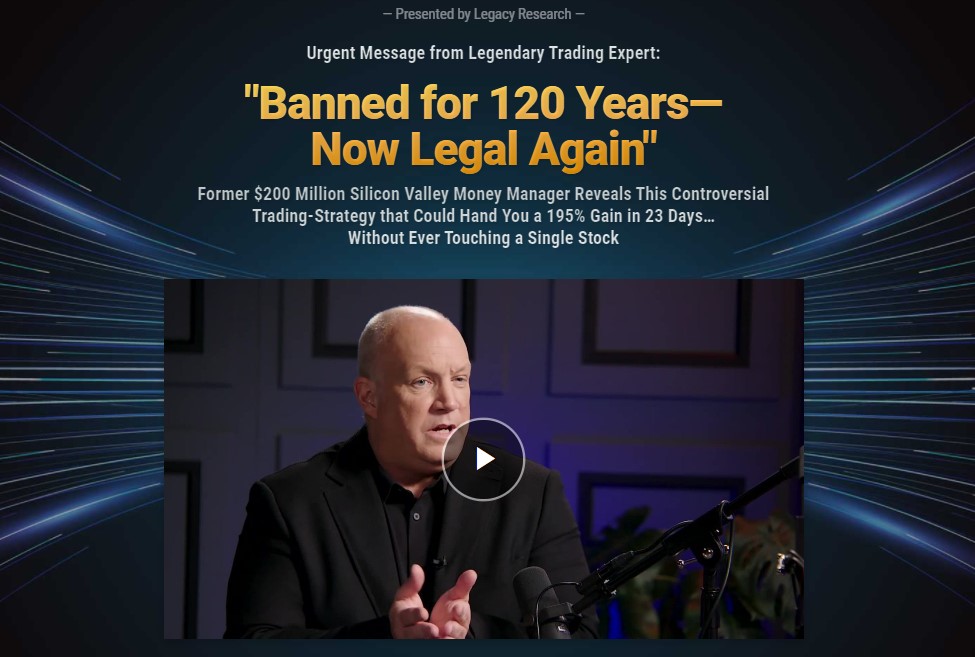 According to Jeff Clark, the powers that be decided to ban a successful trading strategy because it was too profitable would make people quit their jobs. But thanks to a hotly contested law, it is now legal for everyday investors on Main Street to be involved with the revolutionary trading strategy.

He says that it is so good, it can double your money in just 23 days.

Or anything that involves private deals, cryptos, or some magic software.

In fact, I don’t even touch stocks at all.”

And, he makes money in all market conditions:

So you could capture opportunities to potentially double your money again and again.

It doesn’t matter. You could profit either way.” 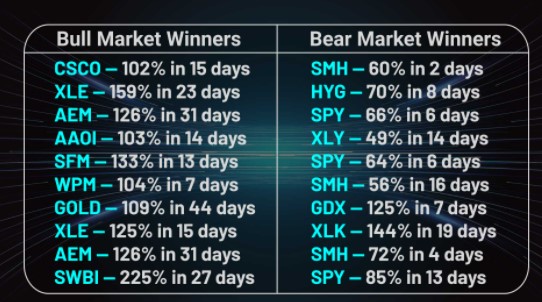 Yet, he has managed to make money by trading professionally.

It is by options trading.

Later in the presentation, Jeff reveals that the 120-year ban he is talking about has to do with the passing of the Sir John Barnard Act of 1733 that put restrictions on Options trading.

It was passed because London, which had emerged as a major commercial center, was wary of derivative trades, which were also known as ‘time bargains’, ‘time trades’, or ‘jobbing trades’, because of the Tulip Mania Debacle.

Jeff sings the praises of options trading, selling it as a more effective way of making money as an investor. He compares it with regular stock trading and says that options present you with a better opportunity for making money in a shorter period.

Therefore, he thinks that it is a better path to reaching your retirement goals.

Jeff says that he relies on a set of unique signals to pinpoint the perfect option plays. He says that they have nothing to do with the usual indicators like relative strength index, Bollinger bands, and candlesticks because “all of them lag behind.”

He says that you’d have to wait for weeks or months to analyze the stock data if you relied on those indicators.

He relies on three indicators and he superposes them on a chart: 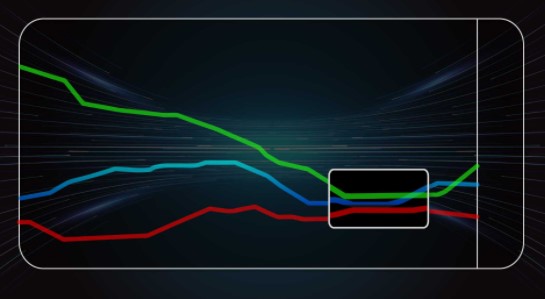 He says that when these three lines are stacked on top of each other, a stock has no choice but to make a move. He compares them to Isaac Newton’s three laws of physics.

He has written a report about his strategy called The Third Law of Trading: How You Could Make 195% in 23 Days. 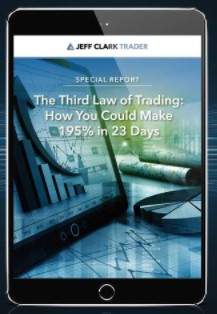 In the report, he talks about a specific trade that he says could deliver massive returns in a short period.

You can get the report for free if you sign up for a newsletter called Jeff Clark Trader.

Jeff Clark is a financial newsletter editor who mainly writes about profiting from options in any market environment. For more than 15 years, he edited two newsletters for Stansberry Research. The two were The Short Report and Pro Trader.

He then started writing newsletters after retiring from running a San Francisco-based brokerage house and private money management firm at age 42. He now uses the strategy he used on 100 of California’s wealthiest individuals with his subscribers.

He employs both conservative and speculative strategies depending on the situation to make money in any market. Jeff also uses the unique strategy he uses to trade his own money. It allowed him to retire when he was only 42 years old.

He claims that it also allows you to make money no matter what a stock does. Whether it goes up or down or stays the same.

Jeff developed the curricula for an international Masters of Business Administration (MBA) program before he founded an investor education firm.

Jeff Clark Trader is an options trading newsletter where Jeff shares his recommendations and trading strategy with his followers. 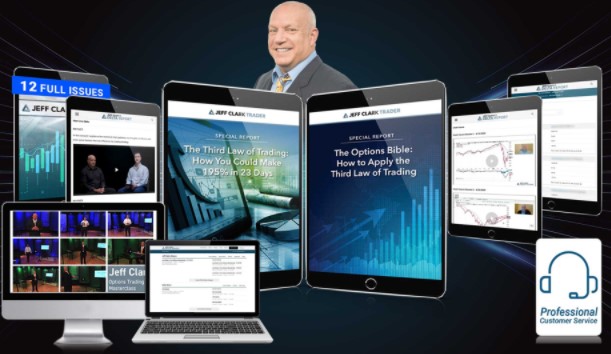 When you sign up for it, here is what you get:

You also get a free special report about options trading from Jeff Clark’s perspective.

The Options Bible: How To Apply The Third Law of Trading.

He also talks about reducing your risk as well as how to put all the odds in your favor so you can have virtual certainty. Jeff also talks about what you should be looking for to ensure you see the three lines meet at the same time.

A full year’s membership of Jeff Clark Trader costs $19 if you sign up for it via the presentation.

I should warn you that the newsletter renews automatically (unless you cancel it before it does) and it charges you a lot more when it renews. Here is what I found at the bottom of the order page:

“Your service will automatically renew on an annual basis until you properly cancel. Upon renewal of your Jeff Clark Trader subscription, Jeff Clark Trader will charge $129 (plus applicable taxes) to the credit card or other means of payment on file.”

This means that you will only pay $19 for your first year. Every year after that, they charge you $129.

They have a 60-day money-back guarantee. 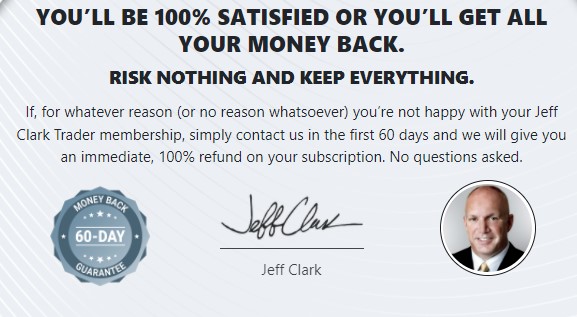 You should check the terms and conditions page for more accurate and up-to-date information about the refund policy because they can change that without warning and what I just stated here may be invalid by the time you sign up for the newsletter.

Jeff Clark’s Double Your Money presentation is all about his options trading strategy. Jeff has been talking about options trading for most of his newsletter editing career.

This presentation is his latest marketing campaign for his options trading services.

I should point out that options trading, no matter how much Jeff glamorizes it, comes with its risks and you can lose money. Do not follow his advice hoping to double your money in the market. That rarely happens and you should be aware of that.