Jason Stutman released a presentation titled “New 5G technology will soon be available to every American household” and in it, he talked about investors earning skyrocketing returns by investing in 5G.

However, the question you probably asked yourself when you saw it was:

Is this any different from the other 5G presentations we have gone through before?

The only way to find out is to read this article where I dissect the presentation and provide you with the main points that Jason raised in his pitch.

I also reveal the names of his three main 5G picks, so there’s that to look forward to.

What is New 5G Technology? (The Pitch)

Jason Stutman recently released (or re-released) a presentation titled New 5G technology will soon be available to every American Household to promote his newsletter, Technology and Profit.

But before he got to that, he spent most of the time talking about 5G technology and the opportunities it will bring once it has been implemented fully. 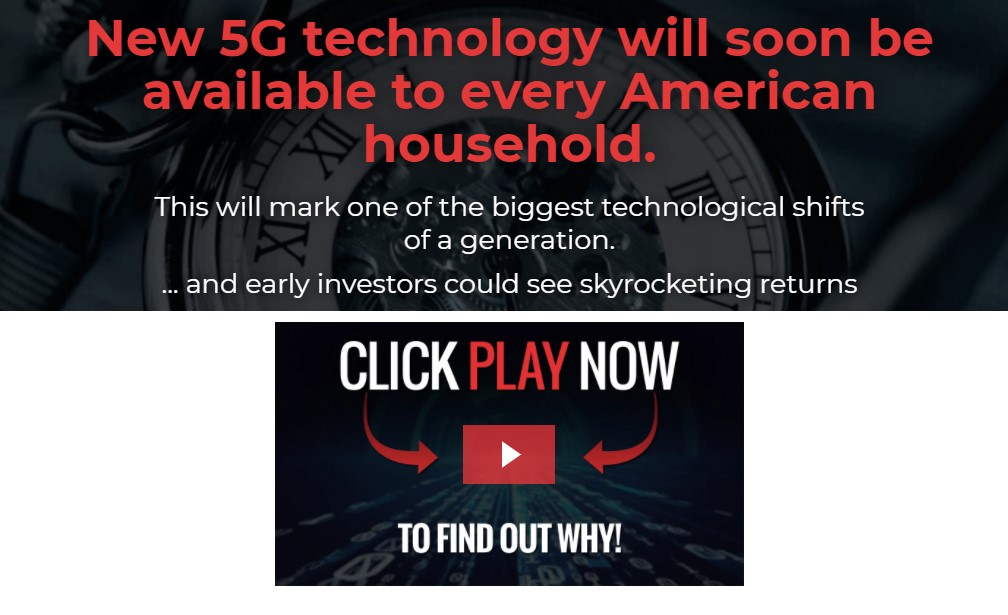 This is not the first time we are encountering a presentation about the investment opportunities 5G will yield as I have covered a couple, including The King of 5G Turbo Button Technology (Louis Navellier) and Jeff Brown’s State of 5G Summit.

According to Jason, 5G presents one of the greatest technological shifts we have ever witnessed. He even believes that it will mark the end of the broadband cable.

He states that 5G will be faster than 4G, which is true, before turning his attention to the investment potential it presents.

To drive that point home, he mentions previous network upgrades (1G to 2g to 3G to 4G) and gives examples of companies that soared due to their involvement in a network upgrade.

And like other gurus have done over the past few months, he believes that the 5G buildout will be even bigger than those other network upgrades.

How Stutman wants you to invest in New 5G Technology

Jason talks about the ripple effect that 5G will have on the tech industry, highlighting its importance to the Internet of Things (IoT), driverless cars, and Augmented/Virtual Reality before the discussion segues to the three companies he has determined will be the best avenues for investing in 5G.

He even wrote a report about them titled Ultranet Profits: Top 3 Stocks for Riding the 5G Revolution and promises to send it to you for free if you agree to subscribe to his newsletter.

But, you won’t be needing that because I will reveal the names of the three companies here:

The first company installs 5G antennas. Here is what Jason says about it:

“And the best part is, the first company that I’m sharing with you today is in charge of EVERY one of these installations.

In fact, this company just dropped $1.05 billion to “reinvent” its own network ahead of the 5G bonanza that will begin later this year.

The company’s senior vice president says: ‘There’s a lot more to 5G than just a smartphone going, you know, a little bit faster on the network. So this next generation technology will be frankly one of the biggest leaps forward that I think we will see…’”

Then he talks of how you will receive “payouts” whenever it installs 5G equipment or someone accesses its network.

On top of that, although he doesn’t explicitly say it, he states that it pays dividends.

What company is Jason talking about here?

A quick Google search of that statement by the senior vice president led me to this article that revealed that he is talking about Verizon (VZ). The statement was made verbatim by Nicola Palmer, an exec at Verizon.

Verizon also agreed to invest at least $1.05 billion in its fiber-optic network, which it expects to be crucial to its 5G network expansion plans.

Moving on to the second company, here are the clues:

“The second company that I’d like to share with you already has some of the biggest telecom companies in the world — like Verizon, Sprint, AT&T, and T-Mobile — clamoring for its wireless products.

It’s even inked a deal with the U.S. Army.

On top of that, it’s already secured $100 million worth of orders from first-tier Indian telecom operators.

But most importantly, the company holds the lion’s share of its market, ranking as the No. 1 5G wireless backhaul specialist.”

He also says that it has been in business for more than 20 years, has more than 2,000 customers, and has deployed more than 1 million systems. As he was releasing the video, it was trading at $3 per share.

The company he is referring to is Ceragon Networks Ltd. (CRNT). It is a networking equipment vendor that focuses on point-to-point connectivity. Its clients are mostly wireless service providers.

The giveaway was the “$100 million worth of orders from first-tier Indian telecom operators” quote because it led me to this article on Ceragon’s website from 2017.

Moving on to the third company, Jason refers to it as “the small cell kingpin set to go parabolic” implying that it manufactures a part of the 5G antennas that are springing up all over the place.

He mentions that it has worked with Lockheed Martin, the US Navy, Toyota, Tesla, BMW, Hyundai, Sony, Nintendo, and Microsoft.

He goes on to say:

“They also supply chips that go into every Apple iPhone produced.

He says, ‘I think 5G is the place to be. It’s the one theme in technology you definitely go, like cloud was a few years ago. That’s why I own [this stock].’”

That was enough to determine that the company he was talking about is Skyworks (SWKS), which manufactures the semiconductors used in radio frequency and mobile communications systems.

To identify it, all I did was perform a search of the statement made by Steve Weiss verbatim that led me to this article that reveals he was talking about investing in Skyworks because of its ties to Apple (AAPL).

Who is Jason Stutman?

Jason Stutman is a professional trader and an investment analyst who works as the senior tech analyst for Angel Publishing.

He joined the firm in 2013 and launched Technology and Opportunity, an advisory service that was meant to provide actionable and entertaining stock market insights to retail investors.

His investment strategy can be boiled down to building a portfolio that contains tech disruptors. He identifies the most important technological trends and buys and sells stock based on how they play into that.

In his bio on the Angel Publishing website, it says that he has managed to outperform the broader market since he started offering financial advisory services (although it doesn’t specify what benchmarks he uses).

In addition to offering advisory services, he has written dozens of articles touching on different topics in the sector. Most of his work has centered on Artificial Intelligence, Virtual Reality, 5G, self-driving cars, and sensor technology.

He is also responsible for Topline Trader and Project Greenlight.

What is Technology and Profit? (The Newsletter)

Jason put out the presentation to advertise his newsletter, Technology and Profit. It shows its readers how to take advantage of new tech trends in the investment sense. This excerpt from the Angel Publishing website describes its investment strategy:

“Technology and Opportunity buys advanced, unproven technology stocks on the cheap — and sells when they become proven and are being snatched up by the great unwashed masses.

Currently, we see massive potential profits from the rise of the robots, AI, 5G, virtual and augmented reality, and a slew of other emerging technologies. These advancements are changing the way people do business in everything from the home to the factory floor.”

If you become a member of Technology and Profit, you receive:

How much do you pay to join Technology and Profit?

The annual subscription fee is $99

Does Technology and Profit offer refunds?

There is a 30-day money-back guarantee.

Newsletter editors have rammed 5G investments down our throats this year.

Now, to be fair to them, the network upgrade presents us with the opportunity to invest in sectors and subsectors that will benefit from it but the problem is that it could take longer than they imply for such change to translate to significant profits in the market (with most investments, at least).

Jason Stutman’s presentation is worth mulling over if you want to invest in 5G-related companies as he appears to be raising some valid points. You don’t necessarily have to sign up for his newsletter as I have already revealed the names of the three main picks, but if you wish to try it, then you should do it. Just be sure to consider the risks involved first.