Paul Mampilly of Banyan Hill Publishing released a presentation titled “iPower” is Here where he talks about iPower, a technology that he claims is the catalyst for a massive profit opportunity.

And behind it will be a little-known company, which he talks about in the pitch.

In this review, we take a closer look at what Paul Mampilly was talking about in his iPower pitch to find out more about the investment opportunity.

Paul Mampilly’s new pitch is about technology he calls “iPower.” He says that it powers the app that helps him manage his energy system and he believes that it will change everything about energy. 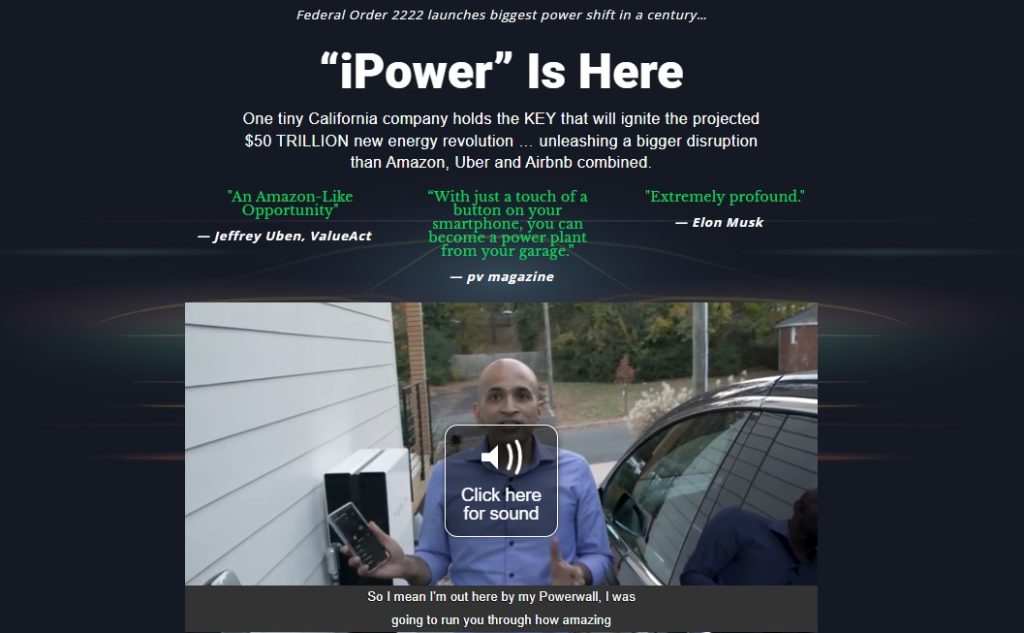 “There are now over 5 million American homes generating electricity from solar panels. With as much as 77,000 more coming “online” every month.

Many of them generate more power than they use. What if you could put them together with other consumers?

So a few guys put together an app. And … boom!

They’re disrupting a projected $50 TRILLION in energy … and they don’t own a single solar panel.

Which is why the iPower technology they’re using has been called “The Uber of Energy.”

And “an Amazon-like opportunity.”

iPower is what enables you to sell the excess power you generate. You then earn income from your spare solar power through what’s known as net metering. 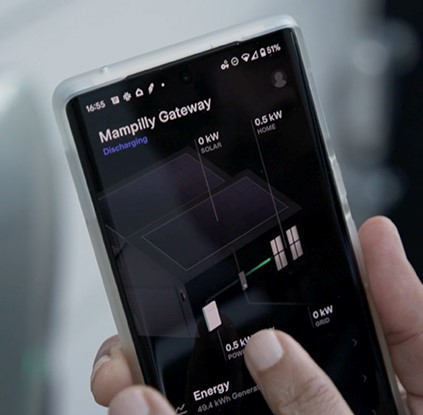 Paul says that it will be made possible by the convergence of emerging technologies like AI, blockchain, 5G, machine learning, and IoT smart sensor technology. These allow the interconnection of the decentralized grid thus making it possible to create a power network that serves even people who don’t produce power on their own.

He says it is likely to be enforced across the country thanks to a bi-partisan government order – Federal Order 2222.

According to Paul Mampilly, this mandate will launch the total adoption of iPower technology in the next few years. This will, of course, be helped further by the fact that more households want solar power.

And, he says that there is an investment opportunity in the middle of all this:

While Tesla is the key proponent of the energy revolution, Paul Mampilly thinks that we should focus on another company.

He even calls it “the next Trillion-Dollar energy giant.” He thinks it will be a better investment than Tesla. Why? Here is what he says:

“You see, while Tesla’s smart grid is amazing, it has one problem.

Right now, the only way to get it is to purchase its solar panels as well…

And not everyone can afford the upfront costs for a solar panel or battery pack.

Plus, with HOAs and apartment complexes, not everyone can install them

But, as you’re about to see, this company makes iPower available to ALL.”

The company he is describing provides the software that is used to provide iPower.

It has partnered with one of America’s biggest energy cooperatives that services power to 800 electric companies, 700 phone utilities, and 50 million people in 48 states.

It has gone outside America because it is now helping supply power to homes in France, Australia, Hong Kong, Belgium, Netherlands, India, and Japan. Fifteen countries in total. Therefore, it has a large market.

On top of that, in Oakland, California, the school district is upgrading its entire 10,000 bus fleet to go entirely electric and they’re using the company’s iPower technology to make a happen.

The school district will then supply an entire gigawatt of power to the grid thus earning revenue in return. So the bus system will help pay for itself. 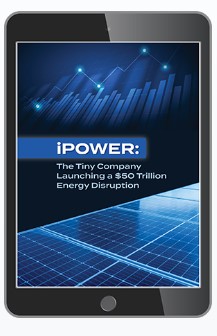 Inside, he provides the name of the company he says is leading the way on virtual power plants as well as its profile.

In the report, he also recommends a company that simply buys and operates the batteries just like a power plant does with fossil fuels.

He believes that it’s been quietly building a battery powerhouse and its storage fleet can hold an entire gigawatt that is enough to power 700,000 American homes.

To get the special report, you have to sign up for Paul Mampilly’s research service called Profits unlimited.

Paul Mampilly is an American author and investor.

He is best known for his financial advisory services that are published via Banyan Hill Publishing as well as his presentations touting new trends and investment opportunities.

Paul worked as a hedge fund manager on Wall Street for over 20 years before dedicating his life to helping Main Street make better investment decisions via his advisory services.

What is included when you sign up for Profits Unlimited? 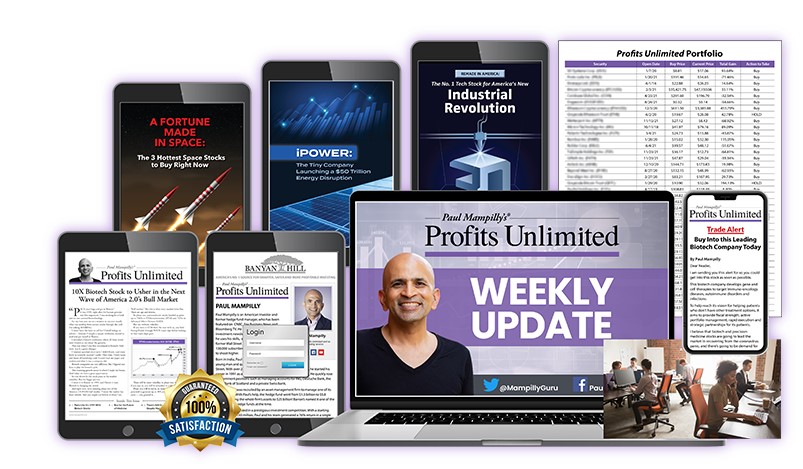 Paul Mampilly’s Profits Unlimited focuses on low-risk investments that are poised to explode higher as major trends reshape the investing landscape. This presentation is emblematic of that.

When you sign up for the service, you get:

When you sign up for Profits Unlimited, you get these briefings where Paul dives into a specific topic in every issue involving a new investment that he is targeting.

Paul meets with industry insiders and shares his findings with you every month.

Paul Mampilly’s model portfolio has every stock on his “buy now” list. As we’ve discussed, he recommends a new stock every month and, therefore, the portfolio shows you what he has urged his subscribers to buy, at what price to buy it, and when to sell it.

His portfolio is not restricted to tech or energy stocks and he strives to focus on all sectors of the market.

Every Tuesday Mampilly will send you a short video recording along with an email updating you on his current positions and what’s happening in the markets.

You get these via your email and in them, he will tell you exactly what to do.

Paul Mampilly keeps all his latest information on an encrypted website that members can access anytime, anywhere.

If you have questions about your membership, all you need to do is give a team member a call and they will walk you through whatever you need regarding your subscription.

You also get two special reports for free:

A Fortune Made in Space: The 3 Hottest Space Stocks to Buy Right Now

In this report, Mr. Mampilly writes about the race to dominate the new era of space flight. He calls space “Wall Street’s next trillion-dollar market.” 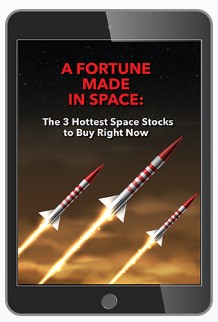 In this report, he discusses his three favorite space stocks:

Another is behind 3D-printing technology that has been deployed by NASA.

And last but not least, this company is behind what I call “digital steel” in space: The semiconductors that are powering our next leap forward in space-age computing, satellites, and more.”

He has written all about them in this special report.

ReMade in America: the No. 1 Tech Stock for America’s New Industrial Revolution

Paul Mampilly thinks that there is a new industrial revolution in America driven by one technology — 3D printing. 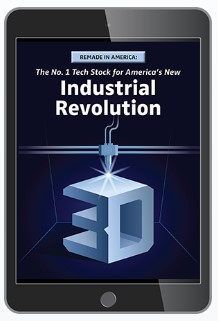 In the realm of 3D printing, he says that there is one tiny company that is leading the way. He says that it is pioneering the next generation of technology, also known as additive manufacturing 2.0, which is a combination of AI, the IoT, 5G, and more.

In the report, he explains everything you need to know about his No. 1 stock for America’s new industrial revolution.

A profits Unlimited subscription costs $47 for the first year you join if you do so through the link at the end of the presentation (which works out to just $3.90 per month).

They will auto-renew your subscription on your first anniversary for $79 for an additional year. You will then pay that low yearly rate for as long as you choose to stay a member. 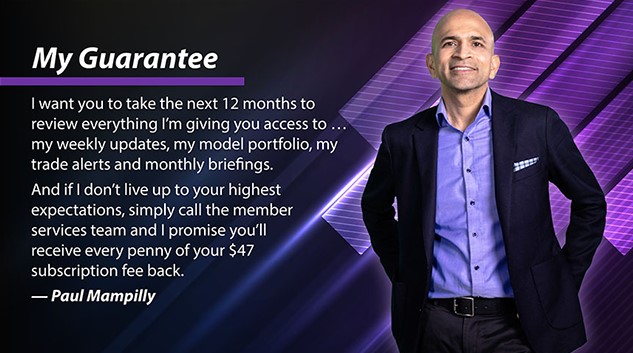 However, you should be careful with the refund policy because they can change it at any time and without warning. Check it before you sign up for the advisory service by visiting the terms and conditions page.

Closing Remarks on Paul Mampilly’s “What is iPower Technology” Pitch

He says that the technology that allows people to sell their surplus power has inadvertently created an investment opportunity; he wants you to consider investing in the company that provides the software that allows you to manage your energy system.

It sounds like a promising opportunity because more people are installing solar panels in their homes for a variety of reasons.

Paul’s discussion focuses on the money you stand to make if this company does well and although that sounds great, you should not forget that all investments come with risk. Therefore, do your objective research before you adopt his investment ideas.