In a presentation Ray Blanco released recently about something he calls Project I.C.S., the header reads:

“America’s leading tech researcher just found the one tiny stock with the KEY to the next TRILLION-dollar tech breakout!”

In the presentation, he reveals details concerning a new trend in the technology sector that he wants you to consider for investment.

Therefore, in this article, I give you an overview of what Ray Blanco discussed in the presentation as well as every detail regarding his proposed investments.

What is Ray Blanco’s ICS Technology?

He starts the presentation by acknowledging how EVs have taken off over the past few years, an observation he has been talking about in past pitches he has made like Tesla’s Million Mile Battery and Tesla’s Secret Project B.E.S.S. 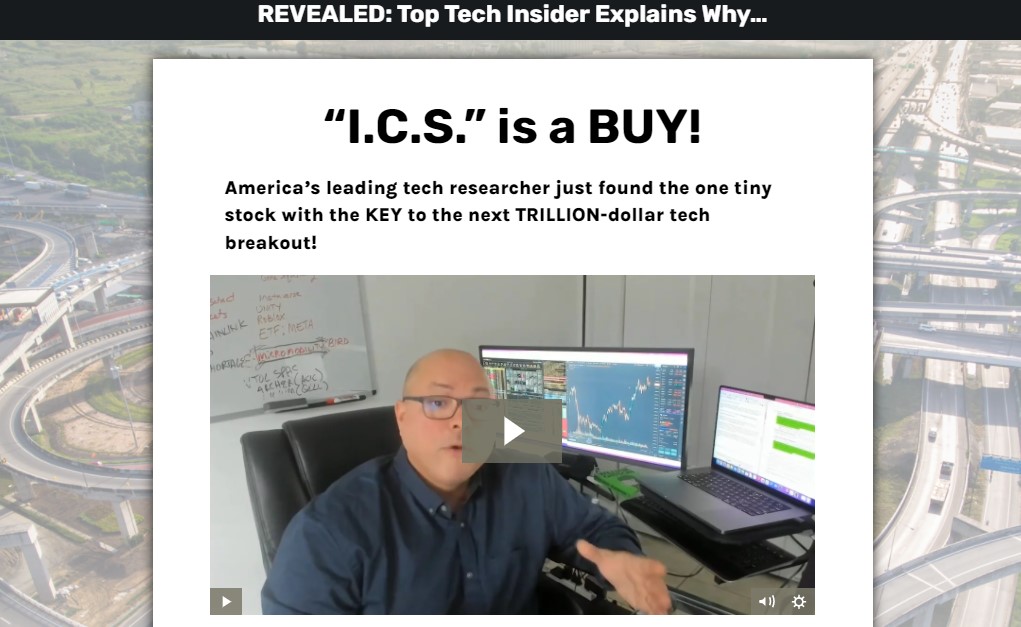 In this presentation, he notes that the world’s biggest carmakers are going on a massive EV spending spree. He mentions:

GM just revealed its own pledge to spend $35 billion…

And Reuters reports that Honda and Volkswagen have pledged over $46 billion and $86 billion respectively.

I could go on and on, but you get the picture…

Together, major car companies are betting over $250 BILLION on electric vehicles.” 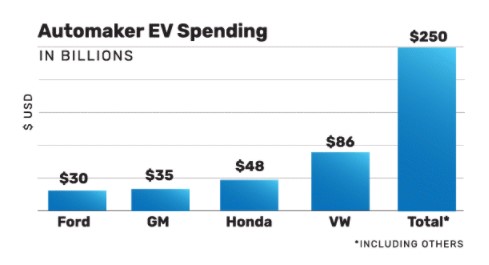 He says that all of them will need “Project I.C.S.” to make their investments worthwhile.

Ray describes Project I.C.S. as an important component that will lead EVs to widespread adoption.

He insists that it is an investor’s best chance at the biggest gains in the EV market.

What is Project ICS?

Ray Blanco says that as EV production goes up, one major problem will be keeping those new vehicles from going “mainstream.”

This problem will have to be solved before people run out to buy new electric vehicles. He says that it all boils down to Charging.

He says that “Project I.C.S.” is going to solve the charging problem once and for all. I.C.S. is an acronym for “Interstate Charging System.” 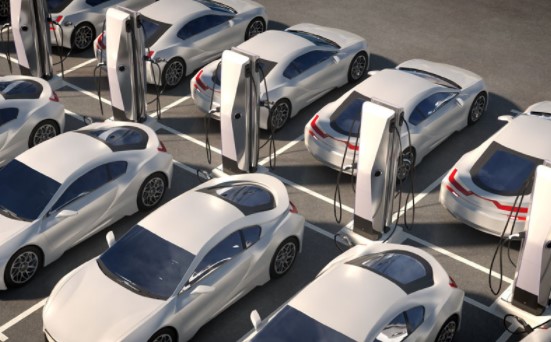 Ray says that the Interstate Charging System will make it possible for drivers to travel anywhere in America with electric cars without worrying about not having access to charging stations.

On top of that, he points out that the U.S. Government is about to spend $7.5 billion on charging stations as part of the $1 trillion bipartisan infrastructure bill that was passed on August 11th in the Senate.

Ray says that one of the major parts of the deal is for a massive network of fast-charging EV stations all over the U.S that could cost roughly $7.5 billion.

So, how does he want you to invest?

How to Invest in Project I.C.S.

Ray Blanco has identified a couple of companies worth looking into as Project I.C.S. unfolds. He asserts that these companies could double or triple in just a few short years due to the explosion of the EV market.

He has written a special report with the name of his first recommendation:

I.C.S. Supercharger #1: Big Profits from the Top Player in the EV Charging Game 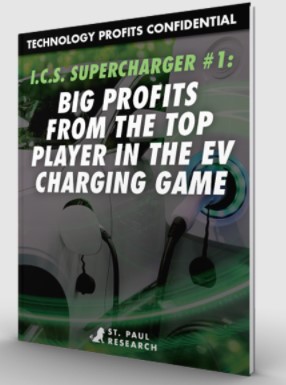 Ray says that the first company is a top player in the industry. Here is how he describes it:

“The first company I’d like to share with you is quite literally the TOP player in the game right now.

They’ve been the industry leader for nearly 15 years — getting started early and expanding their technology right alongside the fast-growing EV market.

They’ve been there from the beginning, in other words, and they’ve gained a MAJOR foothold in the industry.

Currently, they operate the largest network of charging stations in the world and have delivered over 90 million charging sessions to date.

This little-known company has already partnered with some of the world’s leading automakers — including names like Mercedes, BMW, and Volvo to name a few.

And if that weren’t enough, they’ve also partnered with a major leasing management firm to help power their entire fleet of 1.9 million electric vehicles.

On top of all that, their chargers can also integrate with Tesla models with an adapter.”

So, this company is an industry leader operating a large network of charging stations.

To learn more about this company, you need to sign up for Ray Blanco’s Technology Profits Confidential newsletter.

When you sign up, you will get a copy of the newsletter for free.

Ray Blanco is an investment analyst who works for Agora Financial and its publishing imprint, St. Paul Research.

Ray Blanco has spent the last 15 years finding the best profit opportunities and sharing them with his followers. He has developed relationships with the most important CEOs and high-ranking corporate leaders in the world to find out where those opportunities lie. 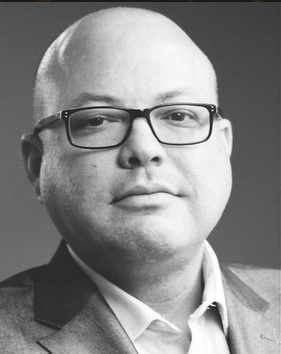 He also has a network of well-known industry insiders like Jim Rickards, James Altucher, and George Gilder.

Ray Blanco’s family fled Cuba in the sixties and settled in Florida, where he was born. As he was growing up, his interest in technology and IT was already apparent as he spent hours every night coding a Timex Sinclair 1000 while his colleagues were playing outside.

He got a bachelor’s degree in information technology from Hodges University and spent over a decade working for public and private companies as a network technician and systems analyst. He once worked for a private wealth management firm, tasked with designing and overseeing their entire network infrastructure.

Ray then transitioned to financial writing where he would combine his market expertise and financial acumen.

He has been brought on multiple times on Fox Business News to commentate on the fastest-moving tech and financial stories of the day.

Ray Blanco’s Technology Profit Confidential is one of the most popular newsletters published by St. Paul Research.

Ray focuses on emerging trends in the stock market and identifies investments that can benefit from them. He then recommends them to his readers.

When you sign up for Technology Profits Confidential, you get:

In addition to those benefits, you also get two other special reports for free.

This report focuses on a relatively small company that will feature in Project I.C.S. 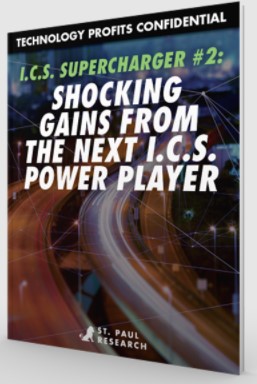 It was recently awarded a $12.5 million grant to install a handful of DC fast-charging stations along one of the busiest stretches of highway in America.

It has been on a buying spree of acquiring other companies within its niche. For example, Ray notes that since Sept. of 2020, they’ve acquired three different players in the EV charging market.

This report is about a tiny, off-the-radar company that Ray believes has the MOST upside potential of any I.C.S. stock he has discovered. 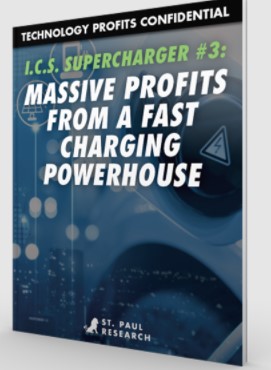 It has the largest public network of DC fast-chargers in the country right now. Ray also notes that more than 130 million Americans live within just a 10-mile drive of one of its stations.

It also recently signed an exclusive partnership deal with America’s #1 automaker that will put over 2,700 of their DC fast-charging stations all over the country.

These are annual charges for your subscription and your membership will renew every year.

The newsletter has a 6-month money-back guarantee. 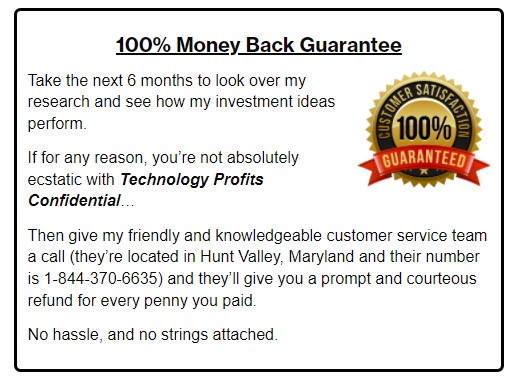 However, when you sign up for it, you should read the terms and conditions to ensure that you are conversant with the latest terms of the money-back guarantee because this may change without warning.

Ray Blanco’s presentation centers on the “Interstate Charging System” that he says will give people who own electric vehicles the freedom to travel anywhere in the country without having to worry about accessing a charging station.

He says that there has been a massive surge in new EV and charging-related stocks that have been hitting the market. He mentions companies like Canoo, Fisker Inc., Lordstown Motors, and Nikola as some of the ones that are benefiting from the EV market boom.

He says that investing in the typical car manufacturer making electric cars is not the best move. Instead, he wants you to go for the companies that are behind the charging stations that are cropping up all over the country. He sees their potential and he suggests you go all-in on them.

But as you consider that, remember that all investments – particularly the ones involving small unproven companies – carry risk.