In a webinar released by the National Institute for Cannabis Investors, Hidden Wealth, a group of investment gurus talk about investing in entities they call “Venture Trusts.”

They also tease one venture trust that they claim to be well-positioned to make the most of the fledgling cannabis market.

In this article, I dig into the presentation and give you an overview of what they discussed.

What is Hidden Wealth? (The Pitch)

Hidden Wealth: An Investigation Into “The Holy Grail of Investing was hosted by Don Yocham of the National Institute for Cannabis Investors (NICI). 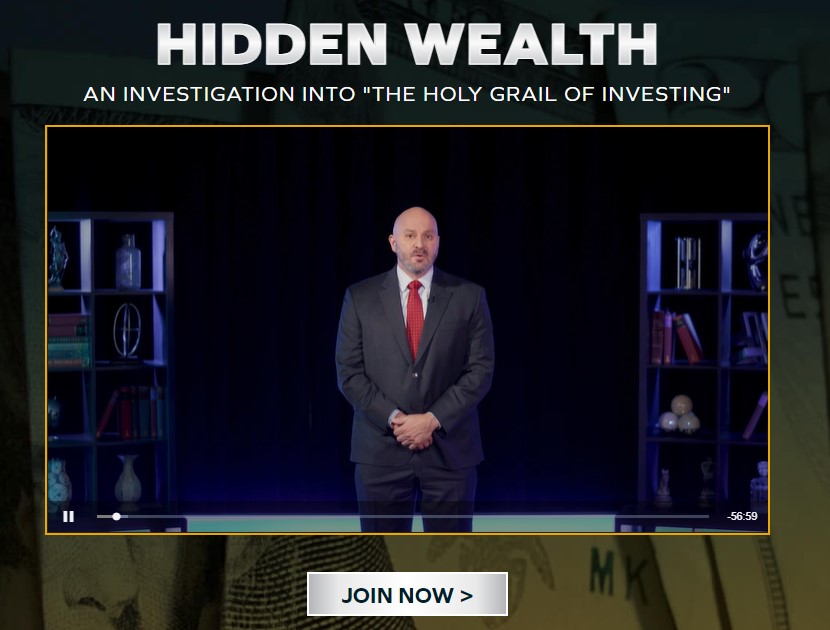 Don starts the pitch by sounding off that rich investors have been making a lot of money from an “often overlooked corner of the stock market.” But he then says that this changed in 2020 when everyday investors were also allowed to take part.

Here is what he says about this ‘unique’ form of investment:

“And these opportunities are unlike anything you’ve seen.

The first phase of this investment is designed so that the initial downside risk is strictly limited, but the upside – almost unbelievable.

In as little as a matter of months, the few investors who acted got in on the best of these extraordinary opportunities and had the opportunity to see returns of 304%… 444%… even 1,115%.”

They give you a chance to look at new venture deals before you fully commit your capital.

And if you don’t like the deal, they pay you back your share of the money in the Trust.

That’s why these Trusts are so popular with hedge funds and private equity firms.”

From that description, they are obviously talking about Special Purpose Acquisition Companies (SPACs) that are also called “Blank Check Companies.”

Many newsletter gurus have started launching investment advisory services that deal with SPACs and I have talked about them in my recent reviews of two newsletters namely Empire SPAC Investor and Jeff Brown’s Blank Check Speculator that focus on them.

If you are unfamiliar with SPACs, here is a brief description:

SPACs are companies that are formed with the express purpose of acquiring other companies (or one company) – it is there in the name. SPACs neither offer a service nor make a product. They go public and the money that they raise when investors buy units of ownership is used to acquire an exciting private company that makes a product or offers a service.

They typically have two years to find a company to buy and if they don’t find one within that timeframe, they have to return the money to the investors.

You can make money by either waiting for the company to acquire a startup that goes on to make it big or by cashing out early. Josh explains this:

“In this case, the Trust plans a preset pro rata share of the Trust, which is a payout of $10 per share.

Which means you’re pretty much assured to make a profit for every share you own.

So you’ve got two levels of potential with these Trusts: It can be win a little or win a lot.”

Although SPACs have been around for years they have been gaining popularity in the past two years. And as Joshua correctly points out, they are very popular with hedge funds.

He also explains why they refer to them as venture trusts throughout the presentation:

“A few years ago, new federal rules actually made blank check firms more popular than ever.

Trusts that are invested in hard cash or U.S. Treasuries.

But today, they’re really more like secure trusts that invest in venture deals.

So for me, “Venture Trust” is a more accurate name.”

What does “Hidden Wealth” have to do with Cannabis?

Circling back to the presentation, since NICI is known for advising people about cannabis investments, how is this related to SPACs?

Don says that since the best pot plays are private and thus restricted to wealthy individuals, SPACs that acquire those companies offer a way in for regular investors.

To find the best SPACs that invest in cannabis companies, Danny says that there are four factors to look for and they are perfectly summed up in this excerpt:

“Before I put a penny of my money – or my investors’ money – into a company, I want to stack the deck in our favor.

So you want to take a close look at a team’s track record.

They should have at least three or four big wins under their belt – preferably more.

And of course, all of those big wins should be cannabis plays.

At least some of the team members need to have hands-on experience running a public cannabis company.

Others need a solid finance background and connections to big institutional investors.”

They have identified one venture trust run by a team that has met those conditions. One of the experts has an impressive record, to say the least. A few details about this expert:

Another expert on the team also stands out:

The rest of the team is also quite experienced and includes degree holders from MIT, Wharton, and Stanford. Between them, they have founded, run, or built 17 companies.

Details regarding this SPAC are in a report called The Cannabis Venture Trust Millionaire.

Who is Danny Brody?

Danny Brody is one of the experts at the National Institute for Cannabis Investors. He is the chief corporate officer of HempFusion Wellness Inc. and the CEO of two other companies. He is a partner at RADD Capital.

Danny has spent more than 14 years in finance. He started his career in the brokerage industry and in 2013, he decided to start building, financing, and taking cannabis companies public.

He holds a Chartered Investment Manager (CIM) designation given to him by the Canadian Securities Institute (CSI).

What is Danny Brody’s Cannabis Inner Circle? (The Newsletter)

Cannabis Inner Circle is an advisory service that focuses on small, fast-moving investments. Danny is the editor and the kinds of investments he deals with are cannabis-based SPACs, microcaps, IPOs, and private companies.

When you join the Inner Circle, you receive:

They insist that there are only allowing 477 new members but this could be a marketing ploy to get people to want to join urgently.

How much do you pay to join Danny Brody’s Cannabis Inner Circle?

Does Danny Brody’s Cannabis Inner Circle have a Refund Policy?

Yes, they have a refund policy. It states that if Danny doesn’t reveal 24 chances to see a 1,000% return, you will be refunded your subscription fee.

The Hidden Wealth presentation was meant to advertise a new offering by the NICI called Danny Brody’s Cannabis Inner Circle.

Besides that, I think the National Institute for Cannabis Investor released it to get people to consider investing in SPACs that acquire cannabis startups. SPACs in general have become quite popular recently and many investors are seeing them as a way of getting in on promising private companies. And in this case, the crew at NICI are looking to invest in small pot stocks.

If you are new to SPACs, you should always do your research on the deals you are considering. You may have to comb through documents and keep yourself up to date with any news that comes out of the company, which can be a lot of work. But if you are not prepared to be hands-on, you should not be investing in them.