Chris DeHaemer just released a presentation about what he calls The Great American Tech Reset.

He asserts that it is going to be the biggest wealth-creation event since the Second World War and that it is the perfect way for people to get rich now.

In this article, I will provide you with a detailed summary of what he discussed during the summit to help you better decide whether you should be excited about what he says is a $100 trillion market that is “way bigger than 5G… blockchain… and cloud computing combined.”

What is The Great American Tech Reset?

The Great American “Tech Reset” (not to be confused with Jeff Brown’s Tech Melt) is a pitch during which Chris DeHaemer goes on about a megatrend that he thinks is bigger than blockchain, 5G, and cloud computing combined. 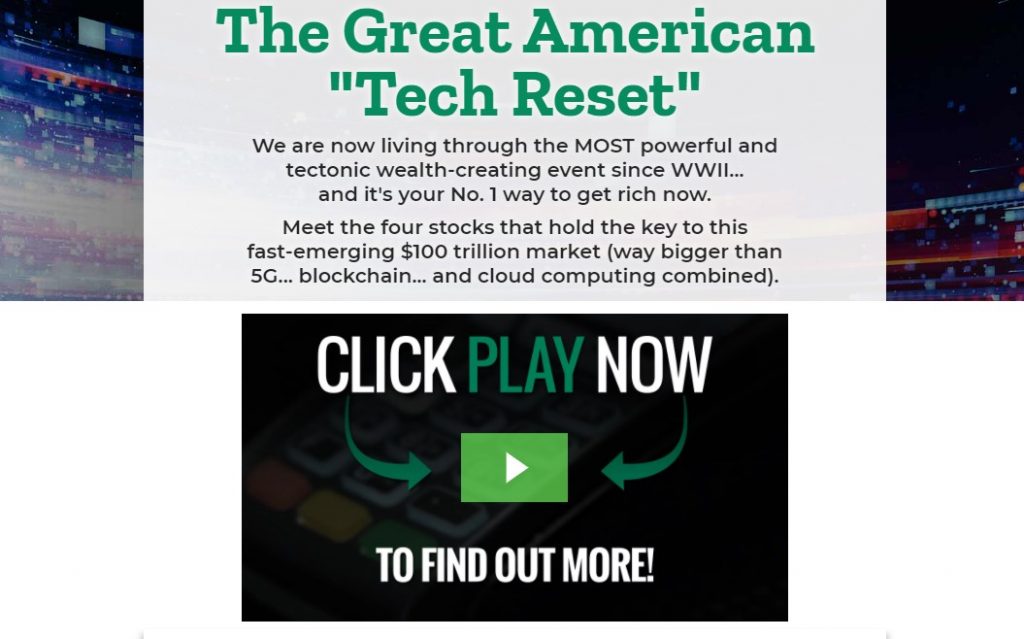 In the video, he says that in January 2020, he stated that it would become the biggest trend of the decade, and then when the pandemic hit, it got even better because his picks went up relatively fast.

So, what trend is he talking about and why did it receive a boost when the coronavirus pandemic hit?

It has to do with digital payments using cards and smartphones.

A confluence of three megatrends

DeHaemer says that there is a new group of tech companies that are going to benefit from the new revolution and dominate the next ten years.

This revolution will be fueled by three megatrends:

Due to the impact of the pandemic on people’s lives, we have seen new trends become “the new normal” and in this case, physical money is being used less.

Chris acknowledges that we are slowly seeing the decline in the use of cash. He says:

“Today, cash is only used for 3 in every 10 transactions, down from 6 in 10 a decade ago. Moreover, it is forecast to fall as low as 1 in 10 transactions within the next 15 years.”

Now, people are either using a card or their smartphone to pay for shopping and services. This is what he refers to as “Tap & Go.”

The pandemic has accelerated this transition because people are afraid of carrying germ-ridden bills and coins.

DeHaemer expects a small group of stocks to benefit from the new order:

“And my intelligence says a revolutionary tech ‘supergroup’ is gaining a stranglehold on this mammoth market. Its members are destined to become the stock market’s true leaders.

He has identified four tech companies that he says have the first-mover advantage in the growing digital payments market. He mentions that from March 23rd, they have beaten FAANG stocks by around 2 to 1 (which I assume means relative capital gains).

He expects them to grow as fast as the FAANG stocks did after 2013.

They make money by taking a cut from every digital payment and are expected to grow their revenues exponentially in the next few years.

DeHaemer has written a report sharing details about the four companies and he calls it The Four MVPs of the Tap-&-Go Revolution.

The only way you can get your hands on it is by subscribing to the Bull and Bust Report, which I will be covering later in this piece.

Who is Christian DeHaemer?

Chris DeHaemer is a stock analyst who’s been actively offering investment advice to his followers since 1996. He talks about the quickest ways for people to make money and grow their investments, sometimes traveling the world to find those profit opportunities.

Chris prides himself on using a “boots-to-the-ground” approach to research investment opportunities.

He doesn’t believe in reading reports and attending dinners with Wall Street insiders to get his insights. He also doesn’t listen to commentators on mainstream business channels. He prefers to visit the factories and the oil fields to get the gist of how the businesses he recommends are doing.

He focuses on little-known companies that have the potential to elevate his earnings rather than well-known ones that only earn pennies.

He has dabbled in cryptocurrencies, alerting his readers to crypto investments that earned 2,528% in a year and a half using an exit strategy that maximizes profits.

He edits the Bull and Bust Report and Energy and Capital.

What is The Bull and Bust Report?

Besides talking about a megatrend, The Great American “Tech Reset” was also meant to promote DeHaemer’s Bull and Bust Report.

When you sign up for it, you are entitled to the following:

There is a 6-month money-back guarantee. 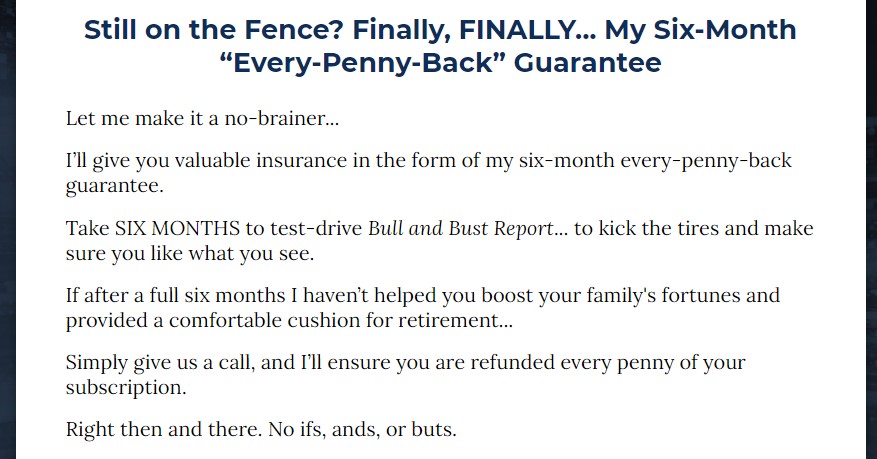 In The Great American “Tech Reset,” Chris DeHaemer highlights what we have been seeing for the past few years: fewer transactions involving cash. People now prefer to pay for things electronically using either their phones or cards.

He expects four companies to lead the “Tap & Go” trend and he wants his readers to start investing in them now before the trend gathers even more momentum.

Although Chris sounds confident about his recommendations doing well in the next few years, you shouldn’t invest before evaluating them objectively. Remember, he is selling a newsletter and is bound to say things that make it sound like the opportunity of a lifetime.

You should only invest money that you can afford to lose.

Usually, when I review these webinars, the host shares a few details about the company he is touting that I then use to try and identify them but in this case, DeHaemer didn’t give anything away, unfortunately.

It appears that the only way to get those names is by subscribing to his newsletter, Bull and Bust Report, for $99/yr (or $179 for two years).