Eric Fry and Louis Navellier, two gurus from InvestorPlace, will be talking about a phenomenon they refer to as “financial escape velocity” during their webinar, The Escape Velocity Event.

Eric and Louis believe that they have found a new investment strategy that anyone can learn how to implement without trading experience or a ton of money, to begin with.

In this piece, we will be taking a closer look at what the webinar will be about and what the two experts are proposing.

The Escape Velocity Event won’t be the first time that Louis Navellier and Eric Fry are coming together to present a shared perspective on the best way to capitalize on the market because we’ve seen them co-host events like The Technochasm Summit.

In this instance, the whole event revolves around the concept of “Escape Velocity,” a term that Louis Navellier came up with during one of his recent presentations.

In an article promoting this webinar, we learn more about what this term means. Eric describes it as:

“Financial escape velocity is obtained when you’re not weighed down by the gravity of taxes, inflation, and all the other forces that quietly steal your wealth away before you can enjoy it.”

So, it all has to do with achieving financial freedom. The freedom part is what it centers on because you do your best to make more money and also preserve whatever you make.

On the landing page promoting the event, we learn more about how Louis Navellier and Eric Fry want you to make more money. It is based on an investment strategy they have developed that earns more money than conventional strategies:

“It’s an investment strategy that anyone can learn how to do. You don’t need to be a millionaire or have decades of experience …

But it can transform modest stock gains into truly epic windfalls.

One stock Louis identified a few years ago rose 89% in a few months… but using the strategy they’re about to share, you could have made 1,329% gains on the exact same stock and over the exact same time, based on back- tested examples.

In another case, a stock that went up 124% in four months could have been upgraded to a 967% gain instead.

Or take a third stock that went up 68% in a year — adding just one extra wrinkle could have boosted that gain to 480%… or seven times more.”

So, how did they manage to “transform modest stock gains into truly epic windfalls”?

“Even though Louis and Eric have very different investing approaches, this new strategy has the ability to turbocharge BOTH their already-impressive track records.

In fact, Louis’ research shows that this new options strategy could have outperformed his stock gains by more than 5-to-1 on average, based on a comprehensive back test.

The only place to get the full story is their first-ever Escape Velocity Event.”

Therefore, they want you to share their options-investment strategy and they will reveal how to do that during the event.

Who is behind the Escape Velocity Event?

Eric Fry is an investment analyst who works for InvestorPlace where he edits an advisory service called Fry’s Investment Report.

He considers himself an expert in macro-trend investing.

What does this entail? It means that over the years, he has made various big calls like the 2000 “Dot.com Tech Wreck,” the 2007-2008 housing meltdown, and even the market volatility that followed the pandemic.

Eric began his career in Europe before moving back to the US to work for a hedge fund in California, and later a boutique firm on Wall Street. He then joined James Grant’s publishing firm where he edited Grant’s Interest Rate Observer.

Eric Fry now focuses on trading from his home offices where he monitors the biggest trends to find out what will be the next big 1,000% winner.

He has made appearances on CNBC and FoxNews and has been a source of analysis for The Wall Street Journal, Barron’s, and Bloomberg Businessweek.

Louis Navellier also works at InvestorPlace where he is the editor of the Growth Investor newsletter. 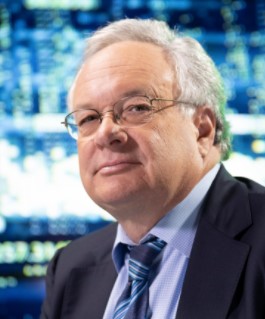 Louis Navellier has made a career out of identifying stock market trends using computer-based systems, which once earned him the moniker “King of Quants,” given to him by Forbes magazine.

His interest in the quantitative analysis was piqued in college when he was told by his professor to write an algorithm that would perform as well as the S&P 500. However, Louis developed a system that outperformed the benchmark.

Louis discovered that many companies that are currently household names were trading for peanuts. This includes companies like Microsoft, Nike, Intel, and Home Depot. So, he chose to go for them and in the long run, he beat the benchmark by over 6-to-1.

Since then, he has been developing newer and more robust algorithms to find high-growth stocks in the market. He considers himself a growth investor.

The concept of “financial escape velocity”, according to Eric Fry and Louis Navellier, means striving to attain financial freedom by growing your wealth quickly. It means attaining financial freedom; something these two have been consistently talking about in their presentations and espoused in their writings.

In this case, they are pushing for an options-based trading strategy and they say that their approach has shown that it can outdo capital gains from stock trading by a factor of 5-to-1. Which has been demonstrated by backtests.

It will be interesting to see how this works out because although options trading sounds great and has been portrayed by many gurus as being better than trading stocks, still has its drawbacks. But, on the other hand, if you are going to listen to someone talk about the subject, it’s better to go for someone who has decades of experience like these two have.