Banyan Hill Publishing has been promoting Ian King’s “Digitarium” presentation and when I saw it, I decided to take a closer look.

The discussion centres on a new technological trend that (to quote Ian) “Experts say it will create 11 million jobs … is worth $3 trillion to the economy … and could even help save 10 million lives.”

In this review, I walk you through the presentation to reveal what the Digitarium is, what company Ian is teasing here, and how you can invest in the said company.

Right at the beginning of the presentation, Ian King talks about a tiny disk that has an important piece of technology he refers to as “digitarium.” 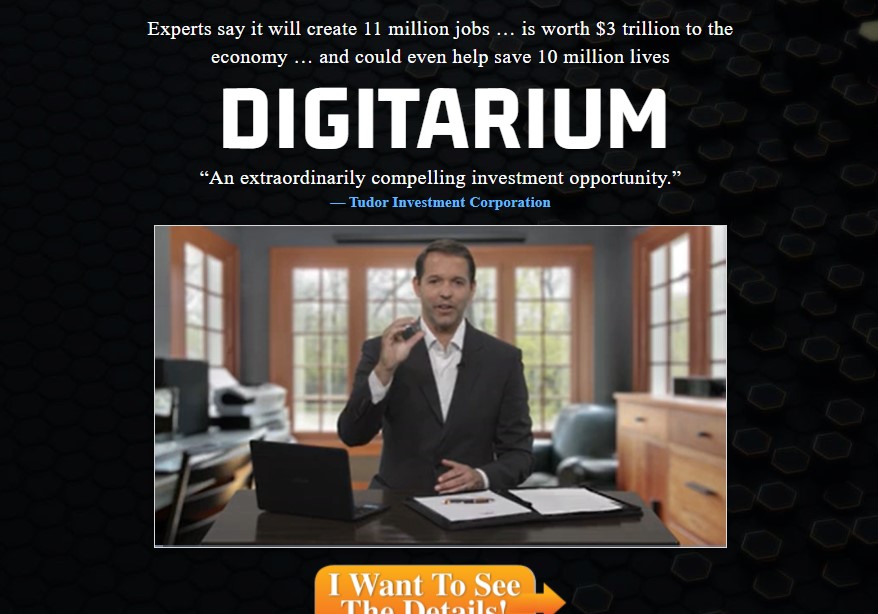 He has a tiny circular device on his hand that he says,

“It’s no bigger than a quarter, yet … the company that dominates the technology inside it could control the global economy.

Apple will spend $10 billion over the next five years.

And Microsoft has already spent $15 billion, and is just getting started.”

He says that other big companies are investing in digitarium and that even the government is involved having spent close to $100 billion to acquire more of it.

Ian claims that it will be more disruptive than 5G, blockchain, and AI combined because it is the key to unlocking the full potential of those technologies.

So, what does he mean by the term digitarium?

He is referring to ‘big data,’

“You see, everything we do with our phones, our computers, our streaming services…

Generates massive amounts of what I call digitarium, which most people in the tech world refer to as ‘Big Data.’”

Ian correctly points out that people generate tons of data every day and he estimates that we have more information now than at any other time in human history.

Ian says that the problem with big data is refining and analyzing it. The challenge is to make sense of it because currently, 90% of data in the digital universe is “unstructured,” yet it is still very valuable.

Therefore, if we can find an efficient way to refine this “unstructured” data, it could be one of the biggest trends of our times.

How to invest in the Digitarium

Ian King believes that a small California-based company is at the center of it all and is likely to capture a large portion of the $3 trillion industry.

He also says that even if it captures just 10% of it, the gains could be life-changing.

He says that it can turn unstructured, useless data into usable, valuable information. Here’s what Ian King has revealed about the company:

“And one small company, with over 600 patents, has an iron grip on this explosive megatrend.

Thanks to this company, costly and useless unstructured data can now be refined into valuable information.

Which is why some of the biggest companies in the world are flocking to sign deals with them.

Tech titans like Amazon, Google and IBM are beating this company’s door down.

And 92 of the Fortune 100 companies — the biggest companies in the world — are all relying on this California firm to refine their data being generated every day.

It’s not surprising that over the last five years, this company’s annual revenue has soared 135%.

In fact, its sales growth is outpacing Apple … and Google … combined!”

He also adds that the company’s leadership hails from top tech firms like Cisco, Amazon, Microsoft, Autodesk, Twitter, and more.

If you want to find out more about the company and how you can invest in it, you need to read a special report that Ian wrote called The Next Google: The Tiny Company Powering the 5,000% Big Data Mega Trend. 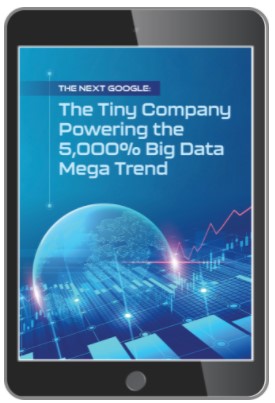 In the special report, he reveals its stock name and symbol and the price to invest in. To get a copy of this report for free, you have to sign up for Ian King’s newsletter called Strategic Fortunes.

Ian King is an investment guru who works as an editor at Banyan Hill Publishing, an independent financial publishing firm. He has worked for more than 20 years trading financial markets and is the lead instructor of Investopedia Academy’s crypto trading.

He has worked as a clerk at the Salomon Brothers Mortgage trading desk and was the head trader for a New York-based hedge fund called Peahi Capital for 10 years. He writes a weekly column for Sovereign Investor Daily where he updates his readers on the latest developments in the stock market.

Ian King has been behind presentations like Spectrum The Future of All Technology, The End of the Dow, and The Big Rip.

Strategic Fortunes is an investment research service that Ian King runs at Banyan Hill Publishing. He claims that it is a service that is designed to show you tomorrow’s investment trends, today, to allow you to grow your wealth and live life on your terms. 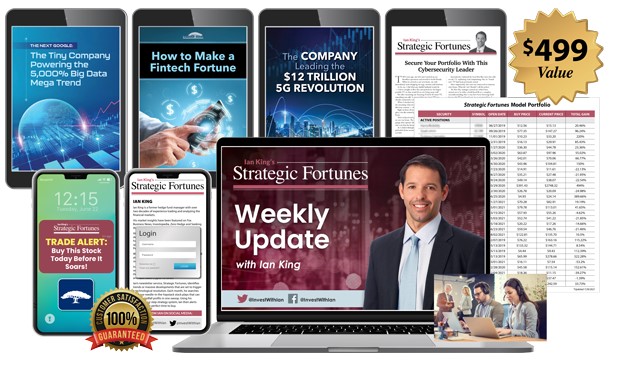 Every month, Ian King gives his readers his number one stock; the investment he believes is best positioned to make the most money.

Those recommendations are not restricted to one sector or sub-sector, he says. He claims that he finds the only investments that he believes are best positioned to make the most money whether they are in blockchain, green energy, or even cannabis.

As long as the stock meets his three-stage strategy requirement, he recommends it.

Ian King claims that every stock he recommends has to meet three requirements:

When you sign up for the Strategic Fortunes newsletter, you get the following bonus reports (besides The Next Google: The Tiny Company Powering the 5,000% Big Data Mega Trend):

How to Make a Fintech Fortune

In this special report, Ian talks about how Fintech could be a trend as big as Big data and how it will create numerous opportunities to profit as demand for refined data soars. 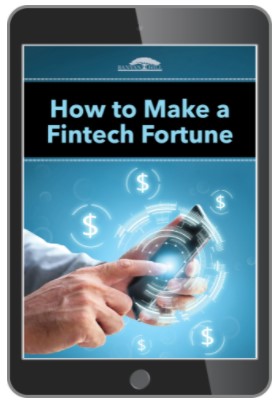 He has identified a company that is taking over the $18 trillion banking industry. He says that the banking system as it is right now is outdated and this company, which has access to billions of data points through its payment technology, has developed a better way for people to measure their ability to repay a loan.

On top of that, he says that the company is not just taking on one industry, it is also taking on the $88 trillion money management industry by allowing people to buy stocks and it is also disrupting the $74 billion payment processing industry.

In 2020, the company doubled its revenues and, according to Ian King, it could grow its earnings at an average annual rate of 40%.

Ian King says that as demand for high-speed internet rises, there is one company’s technology that is well-positioned to surge as it plays a vital role in the 5G rollout. 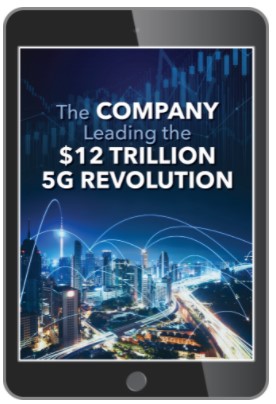 What role will it play? Ian says that it will unlock the 5G revolution because of its ground-breaking new device that allows you to access faster-than-broadband speeds everywhere you want.

He claims now is the perfect time to get in because it has rallied over 790% since its 2017 lows. He says that it is just getting started because signs indicate it could shoot higher.

If you sign up for Strategic Fortunes via the link at the end of the presentation, you pay $47 for your first year and then $79 per year for subsequent years. The subscription renews annually automatically. 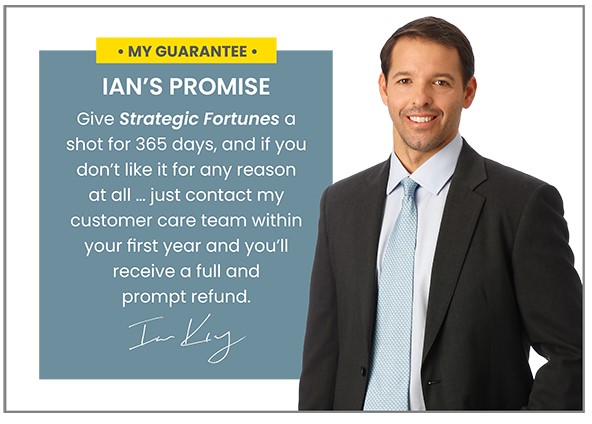 This means that if you cancel your membership at any time within your first year of subscription, they may refund your money. All you need to do is contact the customer care team.

Ian King’s Digitarium presentation is about the emergence of big data and the need to have data refining capabilities. To be precise, Ian King correctly points out that we are producing a massive amount of data every day (a figure that could reach 463 exabytes every day by 2025), but data refining hasn’t caught up.

But he believes that he has found a company that refines data that has a huge advantage over its competition, giving it a firm grip on the industry. Its 600 plus patents help with that and he says that no one in this space even comes close to that.

Ultimately, the decision to follow Ian’s recommendation is one you have to make after careful evaluation. You may have to sign up for his newsletter but the upside is that you can cancel it if you wish to.