Jeff Brown believes that we are about to see a Biotech Revolution, which prompted him to pitch the disruptor behind it; he calls it “CTX Technology.”

He claims that this new tech can reverse blindness and could soon be used to alleviate heart disease, diabetes, stroke, and other ailments and take over the multi-billion-dollar pharma industry in the process.

In this piece, I walk you through what “CTX” is and outline why and how Jeff Brown thinks we should invest it.

What is Jeff Brown CTX Technology?

Jeff Brown’s CTX Technology pitch is about a medical breakthrough that happened in a small firm he visited on the West Coast. 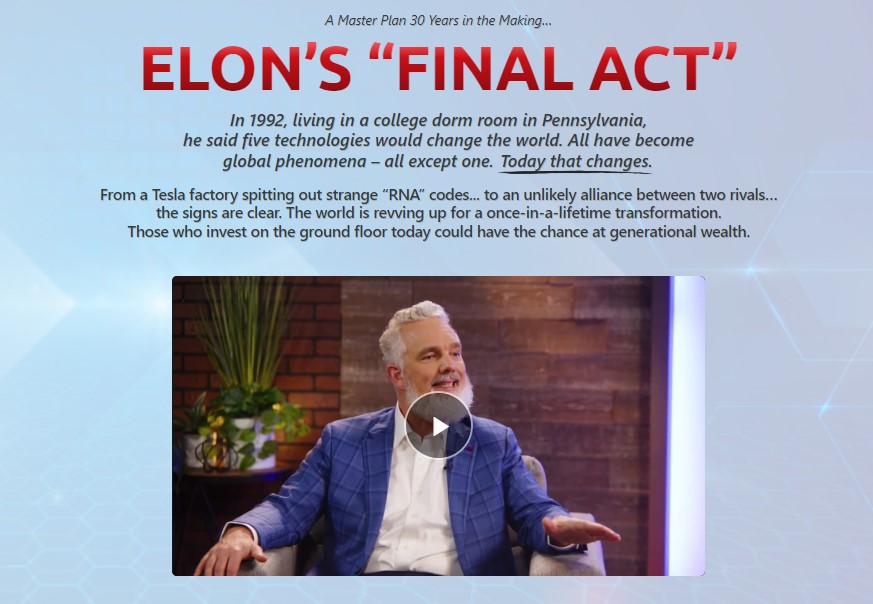 He says that what the firm can do is miraculous because when a woman named Carlene K. walked in to take part in a trial nearly 100% blind (she had been that way nearly her entire life), she walked out she had better vision. Jeff says that she could now see the big “E” at the top of the vision chart, something she couldn’t do before.

Thanks to CTX technology, they reversed her blindness in one trial.

Jeff Brown says CTX is going to have a massive impact on healthcare, going beyond treating blindness:

“‘CTX’ is much, much more than a treatment for one condition.

‘CTX’ has over 6,000 diseases in its sights, and among them are some of the most common ones on Earth.

The Wall Street Journal reports that ‘CTX’ could soon help “millions with heart disease, chronic pain, and other conditions.”

As Nature writes, “A one-off injection to reduce the risk of [heart] disease is now a prospect thanks to advances in [‘CTX’].”

There are now talks of reversing diabetes with ‘CTX’

‘CTX’ could address all of these with zero pills, zero surgeries, and zero hospital stays.

And because of this, I believe ‘CTX’ is coming for trillions of dollars in market share.”

From all that talk, it is relatively easy to tell that he is talking about CRISPR.

CRISPR is a technology that can be used to edit genes. It is a way of finding a specific bit of DNA inside a cell before conducting CRISPR gene editing to alter that piece of DNA.

In the Wall Street Journal article he cites, the piece centers on how CRISPR is going to be used to treat rare disorders as well as millions of cases of heart disease, inflammation, and other common conditions.

Jeff Brown sees an investment opportunity here and he is encouraged by the fact that billionaires like Elon Musk, Bill Gates, Jeff Bezos, and Sean Parker are keen on it.

How to invest in CTX Technology

Jeff Brown says that if you want to invest in CRISPR, you should not target Big Pharma or Big Tech companies.

Instead, you should go for a small handful of biotech companies you’ve probably never seen before because they will come in to disrupt modern medicine. They will funnel money out of Big Pharma.

He has identified a group of companies he wants you to go for:

“The FDA itself has already granted ‘CTX’ technology 4 different “Fast Track” and “Green Light” designations, indicating it’s ready to get ‘CTX’ out the door and approved as fast as possible.

The moment ‘CTX’ launches for the world to see, I believe early investors will be greatly rewarded.

That’s why I want to get you set up for the launch of ‘CTX’ immediately.”

He has written a special report called The Biotech Revolution: Stocks to Own Right Away.

The Biotech Revolution: Stocks to Own Right Away 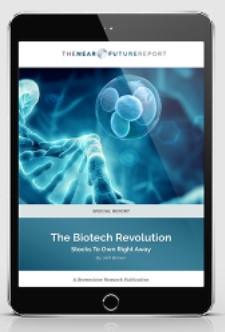 In the report, he reveals everything you need to know to invest at this moment in history.

How to Invest in Tesla’s Secret Supplier

Jeff says that whether Tesla continues to dominate the EV market or other smaller startups outcompete it, there is one company that will do well. He talked about this in his presentation about Tesla’s Secret Project B.E.S.S. 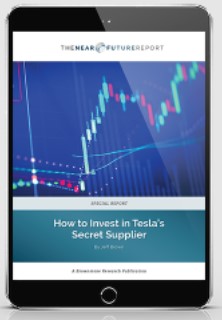 He says that electric vehicles cannot work without the crucial piece of technology the company creates. He says that the tech it makes will also be used for Artificial Intelligence, 5G, Solar Power, Satellite Internet, and every major technology of the next few decades.

Jeff says that NFTs the money being thrown at NFTs is not random. Neither is it some mania or craze, and he believes that it’s only the beginning of something much, much bigger. 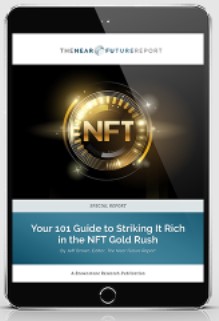 Jeff says that NFTs are the next logical step after the advent of cryptocurrencies and in this report, he will teach you everything you need to know about “NFTs,” including what they are, how they work, and why they could be worth millions of dollars.

He says that it is like a 101 Guide where he will show you the strategies you can use to invest early in the NFT trend sweeping the world, without having to leave your regular brokerage account.

To get these reports, you have to sign up for Jeff Brown’s flagship newsletter, The Near Future Report.

Jeff Brown is an investment analyst who has had a long career spanning more than two decades.

He was an executive in the world of high technology and has worked for some of the market’s largest tech corporations, including Qualcomm, NXP Semiconductors, Boeing, and Juniper Networks.

Jeff has spent a large chunk of his adult life living and working in Japan, Taiwan, and California, which are all considered tech hubs.

He has also been a private angel investor, and in the course of his career, he’s backed approximately three hundred pre-IPO tech startups. He was an early backer of Coinbase and even once joined a pre-IPO deal alongside former Amazon CEO Jeff Bezos.

Jeff Brown is also an active member of the Chamber of Digital Commerce.

As for his professional training, he has an engineering degree from Purdue University. He also holds credentials from MIT, Yale, and London Business School.

In recent years, he has built the global research firm, Brownstone Research. Through the firm, he publishes financial research to over 1.3 million daily readers, where he helps them navigate the tech stock and crypto markets.

For example, he alleges that he told his readers to invest in Bitcoin when it was just $240 and also showed them, Tesla, when its stock was a split-adjusted $59. He also claims to have written about NVIDIA and AMD, which both wound up becoming huge successes. He claims to have called the #1 returning tech stocks of each of 2016, 2018, 2019, and 2020.

Jeff Brown’s The Near Future Report is a financial advisory service edited by Jeff and published by Brownstone Research.

Jeff Brown considers it his private network where he shares his biggest investment recommendations. This includes bleeding-edge research on 5G, AI, EVs, and the Blockchain.

When you sign up for The Near Future Report, you receive:

A Full Year of The Near Future Report

Your membership comes with 12 issues of the flagship financial research service where Jeff covers the latest trends in technology and finance.

He has spent two decades or more working as an executive at some large companies as well as being an active angel investor in early-stage tech startups. He leverages his experience to send you his top recommendations and his detailed analysis of what he sees happening in the markets.

Access to a Library of Reports on Every Major Tech Trend

Every reader has access to an exclusive “Special Reports” collection that has investment recommendations in every corner of the tech world. Some of Jeff’s past reports are:

You also get dozens of other special reports on self-driving cars, genetic editing, and precision medicine.

The model portfolio gives you an insight into every open recommendation Jeff has issued to allow you to get in on every single pick that Jeff is recommending.

With it, you get access to special reports and other member benefits.

If you sign up through this presentation, you’ll pay just $49 for your first year.

Your subscription will renew automatically for $129 every year after that.

Jeff’s subscription is backed by a 60-day, 100% money-back guarantee.

Jeff Brown CTX Technology is a pitch by the tech analyst that involves CRISPR technology. He says that it is going to disrupt the pharmaceutical industry and he wants you to have a part in that. He wants you to invest in certain companies that he sees doing well if it takes off.

CRISPR technology is still nascent and it is quite tough to tell how it will unfold and what companies will be the best investments. However, it doesn’t harm you to learn more about it going off on what Jeff reveals in his pitch.

It will be interesting to see how this trend shakes out. However, do not invest money you cannot afford to lose.