He refers to it as “the biggest story of 2022… a new potential monopoly that could change your financial future in the years to come.”

In this piece, we will examine what the pitch was focusing on as we learn more about Whitney’s proposals.

What is America’s Next Big Monopoly?

America’s Next Big Monopoly is a presentation about a new technology that Whitney Tilson says will generate massive returns because one company can establish a monopoly over it and make a killing. 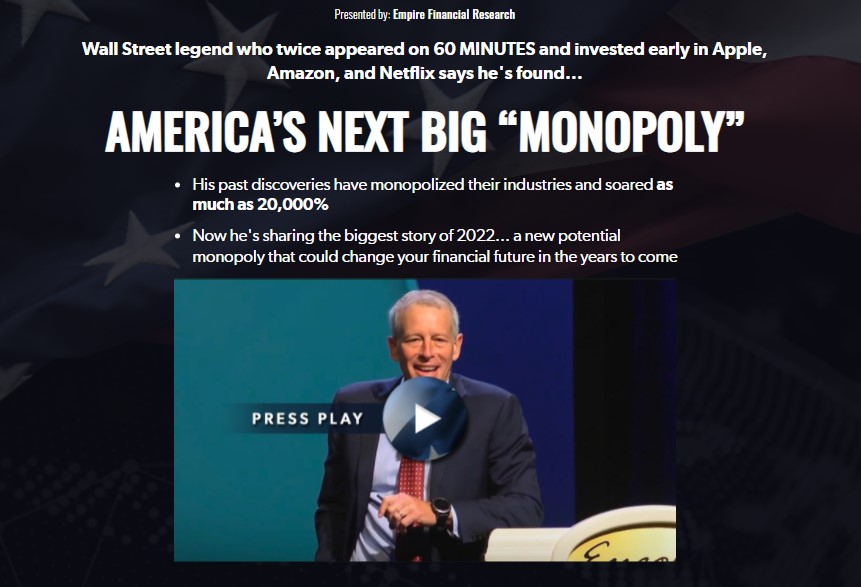 He says that the secret to getting rich if you want to emulate America’s best investors – such as Warren Buffett, Peter Thiel, and Jeff Bezos – isn’t just betting on tech stocks, value plays, or venture capital.

It is about getting in early on future monopolies and compounding gains.

He is not talking about an actual monopoly because monopolies are barred by the law. Instead, he is talking about companies that dominate their respective industries.

Now, he says that America’s next big monopoly will be forged by a new technology that will change the way we live our lives. This includes the way we eat, dress, treat pain, paint our houses, and use computers.

Whitney believes that this technology is far superior to the one used by Google, Facebook, Microsoft, and every other software company in the world.

Why? He says that while these big tech companies rely on the binary code – strings of 0s and 1s – to run every service they offer, from spreadsheets to websites, to data storage, to videos, and more, this technology he is talking about uses a much more advanced code.

He calls it a Quaternary code:

“This code is more advanced and more precise than the binary code.

The main difference between the two codes is that while the computer code uses 0s and 1s (again, binary code), this code uses four symbols – A, T, C, and G.

That’s why I call it ‘Quaternary Code.’”

Quaternary code is not a technical term. It is what Whitney Tilson uses to refer to DNA sequences. Speaking of DNA sequencing, it reminds me of presentations like the one Adam O’Dell did about Imperium Technology.

ACGT comprises four types of bases found in a DNA molecule; adenine (A), cytosine (C), guanine (G), and thymine (T). The sequence of these bases in a portion of a DNA molecule, called a gene, bears the instructions you need when creating proteins.

Whitney Tilson says that scientists have figured out ways to program the ACGT sequences to create new products:

“Until now, this A, T, C, G programming was only done by nature.

But now scientists have finally figured out how to program the quaternary code.

The implications are massive.

Already, some of the biggest companies in the world – Microsoft, Adidas, Moderna, Bayer, Pepsi, Pfizer, and Nestle – are using this code to deliver cheaper, faster, safer, and more effective products and services.”

He says that this technology is going to be used to make other products besides vaccines:

“And get this: what I believe is America’s next monopoly struck a deal this year to make the vaccine manufacturing process 10X more efficient than before.

But vaccines are just the tip of the iceberg…

The quaternary code is already being used to manufacture other products like tires, meats, medicinal marijuana, wood, leather, perfumes, plastic, cement, and even data storage devices.”

The new discipline that is emerging from this is what he calls “synthetic biology.”

Whitney has found a variety of companies that he thinks we should consider investing in.

The first recommendation is CRISPR Therapeutics (the ticker symbol is CRSP).

Here’s what he says about it:

“CRISPR is focused on the development and future commercialization of gene editing. Simply put, CRISPR is like a pair of scissors that can cut out the bad ATCG sequence (quaternary code) in a person’s DNA that is causing a disease, then tweak it to make it healthy and put it back into the DNA.”

So, it is working on new therapies that are custom-made for individuals based on their genetic composition.

CRISPR is a big biotechnology company worth north of $4 billion and with revenues of more than $200 million.

But that’s not the only company on Tilson’s crosshairs.

He has written two reports about two other companies and the only way to get your hands on these reports is to subscribe to Empire Stock Investor, a newsletter offered by Tilson via Empire Financial Research.

He also has another company that he wants you to consider investing in.

He says that it is building a horizontal platform to program codes for every type of application. 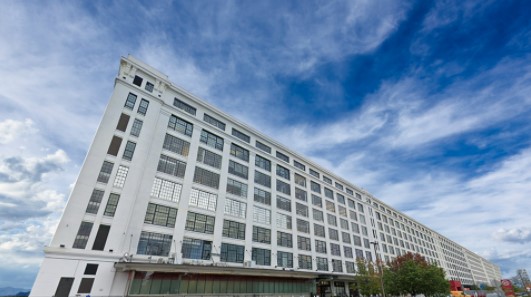 These unique genomes are being produced “in a massive 219,000-square-foot laboratory in a regular-looking office building in Boston.”

He says that the lab is highly automated with robots everywhere doing everything. These robots measure drops of DNA, ferment yeast, and analyze the molecular composition of the yeast’s fermentation products.

The company also has a $10 million contract with a robotic cloud lab to keep updating its software.

“This company has a massive head start over the competition, which is invaluable in a cutting-edge industry like this.

Out of its 3.4 billion gene sequences, over 400 million are proprietary.

Because, unlike regular patents, these never expire… so the competition will never be able to figure out their secrets.”

The company has lined up contracts and partnerships with some heavy hitters, including Moderna, Bayer, Cronos, Roche, IARPA, Cargill, Sumitomo, Quest Diagnostics, Twist Biosciences, and Biogen.

And, some are already paying the company millions, as Whitney attests:

“Clients are already paying them millions.

For instance, pharma giant Bayer signed a $100 million deal with this company for its nitrogen fertilizer code.

Canadian marijuana producer Cronos has a $122 million deal for the code that can help extract THC without marijuana plants.” 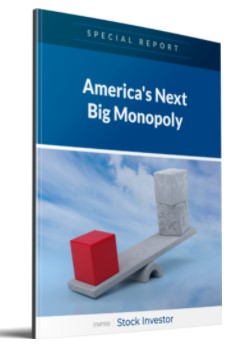 All the details about this company are in a special report he wrote called “America’s Next Big Monopoly.”

California’s Longest-Running Monopoly – How to Potentially 5X Your Money 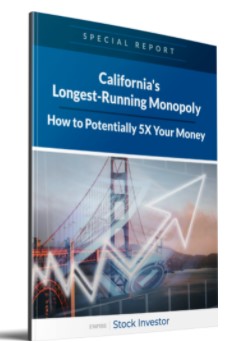 He says that without it 16 million Californians would not have access to services offered by Apple, Intel, Google, Netflix, Facebook, and other software companies in the state.

This company has been contracted by the state to install 1,000 new surveillance stations to reduce costs caused by natural disasters like the California wildfires.

It has a dynamic CEO who’s a big fan of new technology.

It has partnered with Tesla to set up a $250 million project that is the largest of its kind in the world that may help it position itself as a leader in its field and expand its operations.

Who is Whitney Tilson?

Whitney Tilson is a former hedge fund manager and the founder of Empire Financial Research, an independent financial research firm that publishes investment insights from Whitney and other analysts working for the company.

He is the editor of two popular newsletters, namely the Empire Investment Report and Empire Stock Investor, the flagship newsletter.

Tilson went to Harvard College and graduated with a bachelor’s degree in government after which he helped launch Teach for America. He worked for two years as a consultant at the Boston Consulting Group.

He went back to school in 1994 and got an MBA from Harvard Business School, graduating in the top 5% of his class. He was named a Baker Scholar.

Most of what Whitney writes about concerns new investment opportunities in the tech industry. 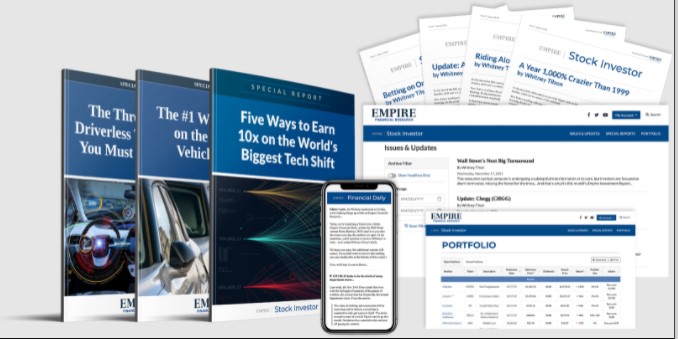 When you sign up for it, you get the following benefits:

On the first Wednesday of the month, Whitney sends you his latest report and newest money-making recommendations.

A free subscription to The Empire Financial Daily and Whitney Tilson’s Daily e-mails every day the markets are open.

A free special report titled The Who’s Who of the Synthetic Biology Revolution. In this report, Whitney Tilson shares details about all the industries influenced by synthetic biology, the companies, and their ticker symbols.

You can sign up for Empire Stock Investor for $49, $79, or $129 depending on the subscription level you choose.

“After reviewing everything I’ll send you if you decide for any reason in the next 30 days that my research isn’t right for you, no problem.

Simply give our member services team a call and they’ll promptly refund 100% of your subscription money.” 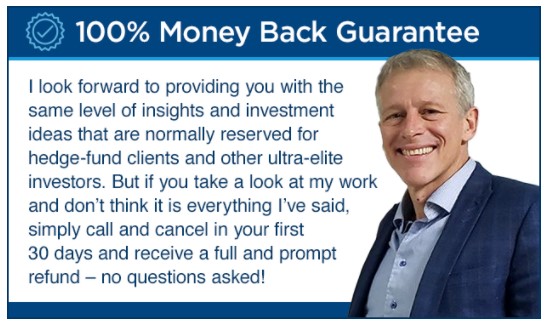 That being said, I urge you to take a closer look at the terms and conditions before you sign up because these things change without warning.

Whitney Tilson says that the best way to make a ton of money is to find a company that may dominate a new industry and invest in it on the ground floor before it rises. He says that that’s how the most successful investors do it.

He has found a new industry called “synthetic biology” and he has identified two companies worth investing in that he hopes will dominate that industry as it emerges. He wants you to invest in them along with others he may disclose when you sign up for his newsletter, the Empire Stock Investor.

I should mention that betting on such plays is speculative because you cannot be sure about the future of the industry.