If you have signed up for any advisory service offered by Banyan Hill’s Charles Mizrahi or Chad Shoop, you may have been sent an email requesting that you join the American Investor Alliance.

It is a new offering that the firm has been pushing of late and in this article, we will be examining what it is about.

What is American Investor Alliance?

The American Investor Alliance is a package offered by Banyan Hill Publishing that gives you access to seven premium research services for life such that you don’t have to pay an annual subscription fee for any of them ever again – there is an “annual fee” but we’ll look into that later. 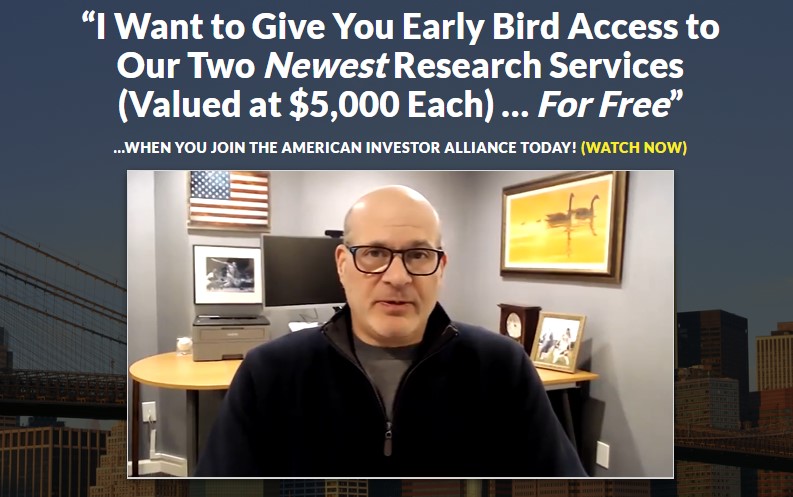 Five of those services are already being offered by Charles Mizrahi and Chad Shoop and they are:

In addition to those five, you are also going to gain access to two others that Chad and Charles are about to launch. The two are:

The director of VIP services, John Wilkinson, claims that this package gives you access to two investment strategies:

“On one side, you get long-term investments from Charles. He finds undervalued stocks you can hold on to. Companies that will provide you with massive growth over the years.

On the other side — you have the opportunity to set aside a small part of your portfolio to take advantage of short-term gains. That’s what Chad does for you. He finds the pockets in the market that are inefficient and can be exploited.”

John says that they will only be letting 150 new members join American Investor Alliance.

When you sign up, in addition to accessing those premium services, you also get:

How much do you pay to join American Investor Alliance?

There is also an annual “maintenance fee” of $395 per year that they say is meant to cover publishing costs.

No, there are no refunds once you join.

A closer look at the premium services in American Investor Alliance 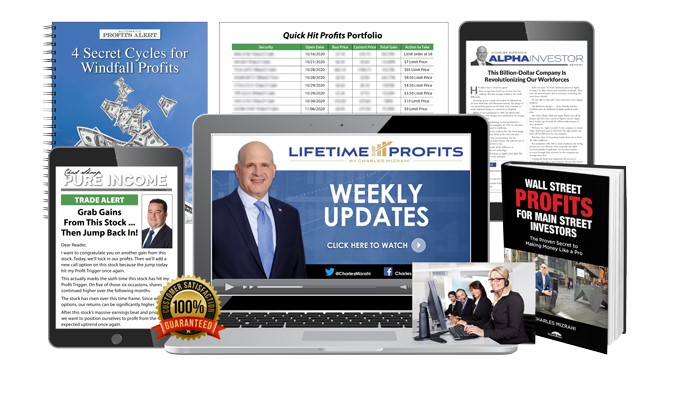 Now, let’s take a quick look at what each of those premium advisory services is all about:

This service is all about investing in stocks at the right time and receiving “free shares” after doing that.

Charles explains that these shares are made possible by an SEC form called the 10-12B.

Chad targets companies that are releasing their quarterly earnings but instead of buying before they release those documents like a majority of investors do during earnings season, he focuses on them after:

“Instead — with thorough research, Chad has discovered that about 1% of all stocks do something “unusual” shortly after earnings.

They hit a ‘profit trigger.’

And when these stocks hit the profit trigger post earnings … you can swoop in and trade them for the chance at fast triple-digit returns.”

When a stock hits the profit trigger, he sends you an alert.

It is based on trading options and Chad has a mechanism he uses to earn profits in the market. He sends you two to four trades each month.

Chad Shoop employs a “profit stacking” strategy with this one. Profit stacking means taking the returns of each trade and reinvesting them back into your portfolio.

“First, you need to understand that there are certain parts of the stock market … that are so cyclical … so historically predictable … you can pinpoint the day of the year when they tend to go up in price … and the day when they go down.

Next thing you need to know is that Chad has found 15 of these oddly predictable investments.”

He has studied the 15 stocks and knows when they are likely to deliver returns. He makes his moves then.

When you become a member of this service, you receive these 15 investments

Charles seeks “alpha” investments and shares them with his subscribers. Alpha in this context means by how much a stock has outperformed its industry’s index or the market in general.

He has a three-step strategy for finding those three investments:

“First, Charles looks for an Alpha Industry … the stock has to be in a growing market.

Next, he wants the company to be led by Alpha Management … top CEOs with proven track records…

Finally, Charles wants a company with Alpha Money … the financial statements have to look good: income, balance and cash flow…”

When he finds the appropriate companies, he recommends them

This is the new service to which you will get “early bird” access when you buy the American Investor Alliance package. You will get it for free.

Charles will find neglected and undervalued small-cap stocks using the three-step strategy he uses for the Alpha Investor. The only difference is, this time, he will be looking for those tiny companies that are about to “pop.”

With this service, Chad will be targeting companies that have been hit by negative headlines, bad earnings reports, or other factors that lead to them losing value in the short-term while not affecting their value long-term.

Then instead of investing in the stocks, he invests in options because they are cheaper and they offer bigger returns.

Charles Mizrahi is part of the editorial team at Banyan Hill Publishing. He is on the team because he “has an uncanny ability to spot ongoing money-making opportunities from 100 miles away.” He edits the aforementioned newsletters. He is responsible for a presentation we reviewed a couple of months back about The Billionaire’s Playbook.

He began his 35-year journey in finance on the trading floor of the New York Stock Exchange at the age of 20. He then became a money manager and did so well, Barron’s ranked him as the No. 1 commodity trading advisor.

He has lived through the 1987 market crash, the Dot Com Bubble and Bust, and the 2008 Financial Crisis.

Charles has also taught about investing at the New York University’s School of Continuing and Professional studies. He has been featured in The New York Times, Barron’s, The Wall Street Journal, and MarketWatch.

Who is Chad Shoop?

Chad Shoop is the investment research expert at Banyan Hill Publishing. He has been with the company since 2012.

He has a Bachelor’s degree in finance and economics from the University of North Carolina at Greensboro. He is a Chartered Market Technician (CMT), which means he is steeped in technical analysis. This involves reading and building statistical models and creating an investment strategy based on that.

Chad also looks for opportunities to generate steady income and recommends them to his readers.

In addition to the premium newsletters we mentioned earlier, he also contributes to Banyan Hill’s daily newsletter, American Investor Today.

American Investor Alliance is a subscription package offered by Banyan Hill that gives you access to all of Charles Mizrahi and Chad Shoop’s current and future advisory services. The logic behind it is that if you subscribe to all the seven services in the American Investor Alliance individually, you’d have to pay a total of $37,699 per year. Instead, the package allows you to pay for all of them in one go. The one-time fee is $9,995.

If you are considering joining the American Investor Alliance, note that in addition to the one-time fee, you will also be required to pay a “maintenance fee” of $395 every year.

One more thing, the publisher insists that this package is being offered to the most loyal readers of Charles and Chad’s work and that they have “carefully selected YOU to be invited to join” but in the real sense, anyone who sees the advert before they shut the door is welcome to join.