At the event, Teeka Tiwari talks about how we are one month away from what he believes could turn out to be the most profitable event in crypto history. He calls it “the final countdown.”

In this article, we will be taking a closer look at what Teeka is talking about so you can decide what to make of it.

What is American Crypto Summit?

Teeka Tiwari points out that the cryptocurrency market is where “fortunes can be made overnight.” He also notes that 2021 is the best year on record for cryptocurrencies. 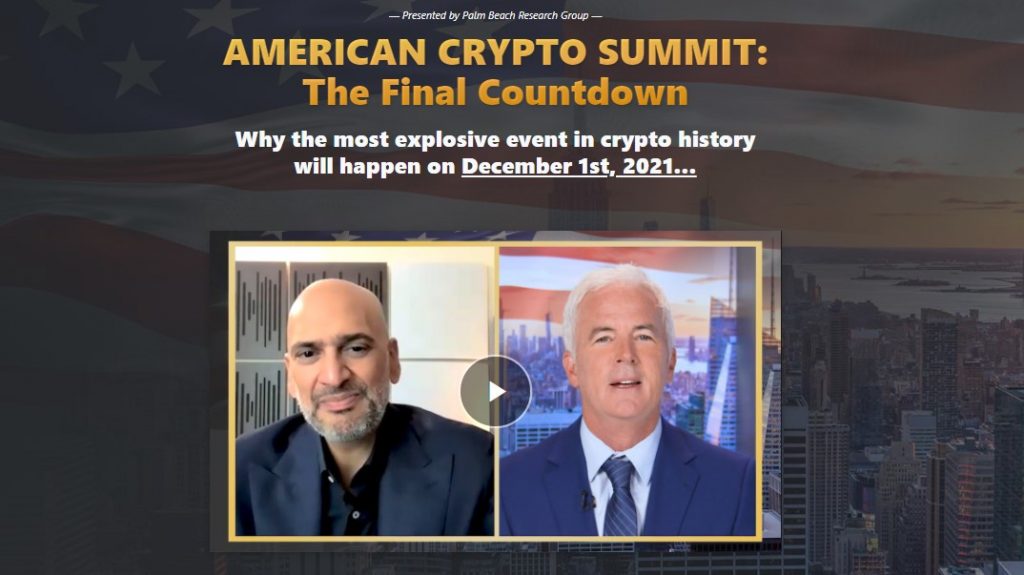 To support that, he shows how Bitcoin set a new all-time high: 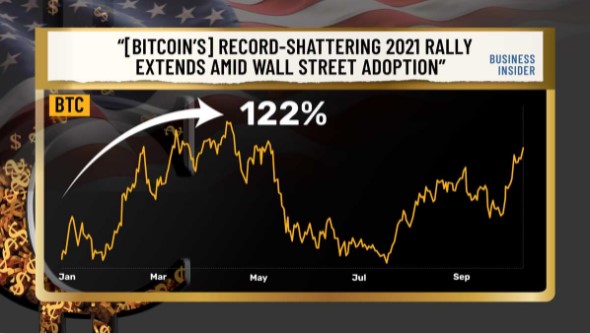 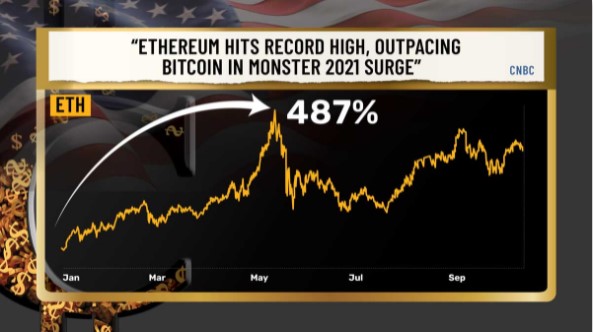 And altcoins are exploding even higher, making investors very rich. He demonstrates that with an example of one such altcoin: 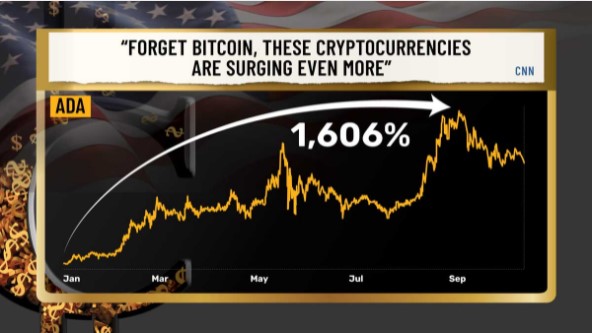 That being said, he thinks that this is just a preview of what is to follow. He says that if you think you have missed out, all hope is not lost because there is still time to make money trading digital assets.

He says that in less than 30 days, an event he calls the “final countdown” will happen, sending cryptocurrencies soaring. He believes that it could be your final moment to get in on cryptocurrencies before they go mainstream.

He says that the “Final Countdown” was initially scheduled to happen in the summer of 2022 but the situation has changed; things have escalated faster than people had anticipated.

This means that the event will happen weeks ahead of schedule and you need to act not later than the beginning of December (December 1st, to be precise), to benefit from the “final countdown” (We will get to why he went with this timeline later in this article).

He says that cryptocurrencies, like any other innovation, are following what he calls the “Adoption Curve.”

It sounds a bit like Ian King’s Innovation Breakout Curve.

The new technology transitions from an idea to the prototype stage. This is a crucial moment because technologies that fail to transition successfully never become mass adopted.

Teeka Tiwari says that in phase 2, early backers make a lot of money. The key is to find a company working on a breakthrough technology while it is still small and watching it soar.

The technology then starts experiencing serious growth as more people start using it.

Teeka Tiwari says that this is the point where growth slows down because almost everyone uses technology. At this point, all the big profits have been made.

Teeka Tiwari says that cryptos are at phase 2 and they are about to get into phase 3 because we are moving from early adoption into hyper adoption. To prove this point, he points out that over 100 million people now own crypto.

He also says that crypto adoption is coming from Wall Street, Silicon Valley, and rich investors, who tend to have a massive influence on proceedings in capital markets. He mentions entities like J.P. Morgan, Goldman Sachs, BNY Mellon, Citibank, Wells Fargo, State Street, and Morgan Stanley as getting involved in crypto trading.

In a crowded market, Teeka Tiwari already has his ideal digital currency to back, and it is not Bitcoin.

He says that it is smaller than Bitcoin although it has grown 4X faster in 2021 than Bitcoin.

He shares more details about it, saying,

“And over the next decade, it could become one of the most valuable assets in the world.

I’m talking about one single crypto being more valuable than Facebook, Amazon, Apple, Microsoft, and Google.

And I believe the Final Countdown event this December will be critical in making this happen.

Already, I’ve identified seven billionaires who’ve literally been in a buying frenzy for this one crypto…

And they’re not the only ones…

He says that “the final countdown” deadline is coded into the crypto:

“This event, the “Final Countdown” deadline, is coded — hard-wired — into this one crypto.

And not a lot of people are aware of it.

And on December 1st, the clock strikes zero.”

So, what’s with the deadline? Why is Teeka so keen on the December 1 date he keeps mentioning in the pitch?

“It all has to do with a supply shock coming to this one crypto.

You see, millions of people are flocking to this crypto, but on December 1st., a change occurs that will speed up a massive supply cut.

The amount of new supply will gradually be cut by as much as 90%.”

He compares it to the Bitcoin Halving (or Bitcoin Halvening) event that happens every four years (approximately).

The Bitcoin Halving event has been the subject of presentations like

Later, we learn that Teeka Tiwari’s #1 Crypto Recommendation is Ethereum. It is the number one crypto Teeka wants his followers to consider going for.

In addition to Ethereum, Tiwari also has two other tiny crypto plays he wants you to consider. He has written about them in a special report called The Final Countdown Buy List: Two Tiny Cryptos to Own Now.” 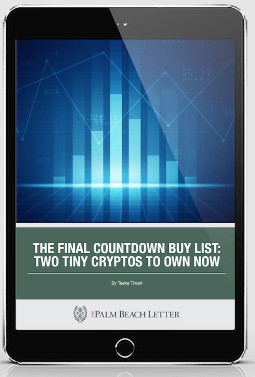 He describes one of them as follows:

“The first crypto is backed by some of the largest players in both the crypto and traditional finance worlds.

And once the “Final Countdown” hits, my conservative analysis says we could expect this small crypto to soar 800% or more.

As for his second crypto, he says that it is tiny and it trades for just over $1.

To get your hands on this report, you have to subscribe to Teeka Tiwari’s The Palm Beach Letter.

Teeka Tiwari is a former Wall Street executive and hedge fund manager with 30 years of experience in the financial markets.

He left his roles on Wall Street in 2016 when he joined the Palm Beach Research Group as the chief editor. Teeka Tiwari has been writing to over 600,000 followers across the globe.

Teeka is a crypto expert who in 2016 recommended Bitcoin and Ethereum to his readers before they soared 170X and 480X. He also recommended a tiny altcoin trading at 13 cents that went up 1,500X.

He was voted the #1 Most Trusted Crypto expert by an independent poll by 130,000 analysts.

The Palm Beach Letter is an investment newsletter published by the Palm Beach Research Group. It gives you access to his recommendations every month.

Teeka Tiwari says that when you join his newsletter, you get to look over his shoulder and see his model crypto portfolio to know what to buy and when to sell as well as his recommended buy ranges and price forecasts.

Signing up to the newsletter gives you access to:

On top of those benefits, you get the following special reports:

Teeka Tiwari says that this report has a list of “behind-the-scenes” companies that are laying the groundwork and putting up the infrastructure for crypto to go mainstream. 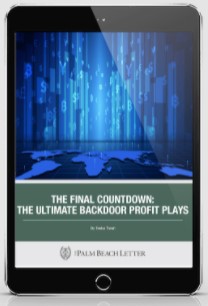 It contains four companies that are playing a pivotal role in taking crypto mainstream.

The first of those companies has positioned itself as a globally recognized exchange for crypto and blockchain assets and its CEO has been called “a prolific wealth creator.” The Securities and Exchange Commission granted its approval on the most profitable form of blockchain trading – the company gets a cut every time someone buys, sells, or trades through its platform.

Another company in the report is currently positioning itself to be the one that helps other companies enter the crypto world. It has signed major long-term contracts with Google, IBM, Amazon, and Microsoft. BlackRock, Goldman Sachs, and Morgan Stanley have scooped up shares of the company.

The Bitcoin Boost: How to Supercharge Your Crypto Gains With the 1170 Account

Teeka Tiwari was promoting this report a while back when he did the presentation about the 1170 Account. 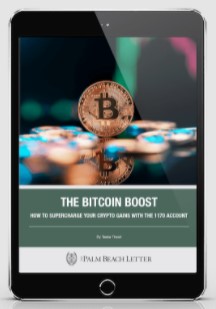 It is a new way of making money off of cryptocurrencies and Tiwari sheds light on this in the presentation.

The Palm Beach Letter is normally trading at $199 per year but when you sign up via the presentation, you get to sign up for just $49 per year.

The main takeaway from the American Crypto Summit presentation is that Teeka Tiwari acknowledges that the cryptocurrency market has been doing well and he expects it to keep going as digital currencies gain mainstream acceptance.

He wants you to consider investing in Ethereum before December 1st because, on that date, he expects the supply of Ethereum to fall sharply, an event he refers to as “The Final Countdown.”

He is also eyeing other altcoins, which is what you’d expect from Tiwari going by his past presentations and recommendations. He prefers these altcoins to Ethereum and Bitcoin because they are more volatile and are likely to bring in bigger returns.

That being said, be careful as you invest in the cryptocurrency market because things can get quite volatile and you can lose your money.