Alex Koyfman, an investment guru who writes about small-cap investments, recently decided to deviate from that and talk about cryptos in his new presentation titled “The Bitcoin Successor.”

He sees cryptocurrencies as an alternative way of making a lot of money in a short time if you can get it right, just like with small-cap stocks.

In this piece, I walk you through Alex Koyfman’s pitch to find out what his approach is and allow you to determine whether you will follow his advice.

What is Alex Koyfman’s The Bitcoin Successor?

Alex Koyfman’s The Bitcoin Successor is a presentation where he talks about a cryptocurrency that he thinks is worth going for “because it will be like investing in Bitcoin when it was worth $0.60.”

A good example of this is Bitcoin, which hit the $1 trillion mark in February 2021 and again in October of the same year. It couldn’t hold on to its value for various reasons but that has shown just how popular it is among investors.

Going back to Koyfman’s pitch, he says that cryptos are popular because of the underlying blockchain technology.

“When you use the ‘blockchain,’ no government, bank, or organization of any kind can snoop on your financial transactions.

The technology creates a decentralized public record of financial transactions free from human error or interference.

In a world where cybercrime is one of the biggest threats to our livelihoods, the security, and safety provided by this technology has reached a historic level of demand…”

He notes that the digital coin market is worth billions because major financial institutions want a piece of it.

He adds that digital assets are revolutionizing banking and finance as we know it and banks are starting to build their internal blockchain infrastructure to protect their users from theft and other threats.

George Gilder echoed these sentiments when he did a presentation about the cryptocosm.

Alex points out that JPMorgan Chase has already launched a cryptocurrency called “JPM Coin,” the first crypto ever created by a U.S. bank. He expects BNY Mellon, Goldman Sachs, Morgan Stanley, and Bank of America to follow suit.

He says that Bitcoin and other successful digital coins so far signify the first wave of blockchain technology that has slowly been upgraded and perfected over the last 11 years.

He says that now we are in the second wave of the evolution of this tech and he expects bigger opportunities to make money than what Bitcoin investors have enjoyed.

When it comes to picking a cryptocurrency to invest in, he looks for one that has certain qualities.

What are these qualities?

“Here’s a quick look at the qualities of a top performer:

New ideas — Solves an old problem in a new way.

Attainable goals — The developers can make good on their promises.

Stage of development — The price has reacted favorably to news, updates, and releases.

Utility — Has real-world value; can be used for more than just trading.

Major players — What are governments, banks, billionaires, and financial analysts saying about it?”

He says that when he puts cryptos through these filters, only a few of the ones in the market measure up.

Out of all the ones Alex has spotted, he says that two have caught his eye. He calls them “the next breakout digital coins” saying that their values could go up dramatically:

“… as they are adopted by more and more businesses, their total market caps could easily skyrocket by a factor of 1,000 or even 10,000.

What makes these new digital coins so appealing? Well, for one thing, they take what Bitcoin did several steps further.

The technology behind them will very likely become THE most important value-bearing commodity of the 21st century, just like gold was for most of human history.”

He doesn’t reveal much more about the two digital currencies and says that the only way to read more about them and learn their names and ticker symbols is by getting your hands on a special report called 2 Microcap Cryptos Every Penny Stock Investor Should Own. 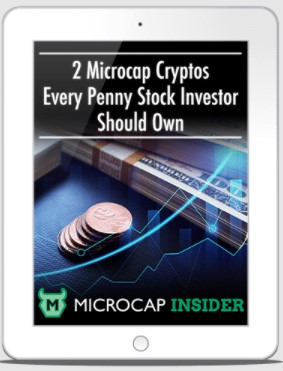 He says that you can get a free copy of the report if you sign up for his newsletter, Microcap Insiders.

Alex Koyfman is a newsletter editor best known for his newsletter, called the Microcap Insider.

He does not consider himself a “typical investment guru” because he has never worked for a Wall Street bank and is neither a broker nor a financial advisor.

He also hasn’t been on CNBC, CNN, or any other major television network. He also claims that he doesn’t plan on writing any books or doing any seminars.

That said, he has been in the investment research business for almost two decades.

Alex started his career as a self-taught trader in his late teens and forged a method of finding stocks that he found to be so effective, he decided to be a stock trader full time in 2009. Since then, he has traded on American, Canadian, European, and even Mongolian exchanges.

His focus is typically on penny stocks, as we’ve seen in presentations like “Oil Killer Stock” and “Mental Netflix Stock.” Therefore, by pursuing digital currencies, he is departing from what he is known for.

He claims that he looks at cryptos the way he evaluates top-performing penny stocks.

Alex Koyfman’s Microcap Insider is a service dedicated to making gains on the safest small-cap plays on the market.

Alex typically recommends small-cap stocks but by the look of it, he will be venturing into the world of cryptocurrencies.

Here is what you’ll get when you sign up for Microcap Insider:

As a member of Microcap Insider, you’ll have access to customer support. They take questions regarding your membership via (844) 310-4115.

They do not discuss the investments.

In addition to that, you will receive these special reports when you join:

This report is about a fuel that Alex says will revolutionize the energy sector. 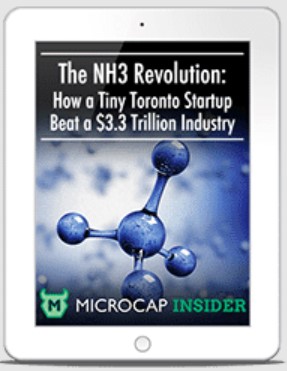 He says that it has nothing to do with batteries, hydrogen, or nuclear power but could be so impactful, it will disrupt big oil’s monopoly.

The report names the company – it trades for pennies on the dollar.

BONUS REPORT #2: “The End of Plastic — Retire Rich on the Company Saving the World”

This report is about a small company that may disrupt the multi-billion-dollar plastic market.

It has a patented biological alternative to plastic and brands like Nestle and Keurig could depend on it as they seek more environment-friendly alternatives.

Alex walks you through everything he knows about small-cap stocks. 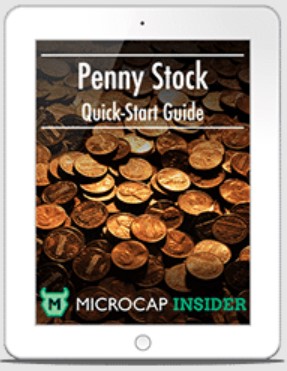 In the report, he reveals his “tricks” and how to recognize all the pitfalls of what he considers the most lucrative kind of stock trading: penny stock trading.

If you join the Microcap Insider via the link at the end of the presentation, you won’t have to pay $3,999.

Alex says that you can try Microcap Insider for 90 days and if you want to cancel it, he’ll refund your money, no questions asked.

Alex Koyfman believes that while mainstream coins like Bitcoin and Ethereum will keep growing steadily, for years to come, the biggest profit potential will be in a different class of cryptocurrencies; altcoins. I should point out that they are usually very volatile and you risk losing your money when you invest in them.

Alex’s way of addressing the risk is by urging you to invest, but instead of rolling all of your profits from one play into another, he recommends that you take out your initial investment and keep speculating with “house money.”

This approach will only work if you are successful initially, which is not guaranteed. Therefore, invest with a lot of caution.